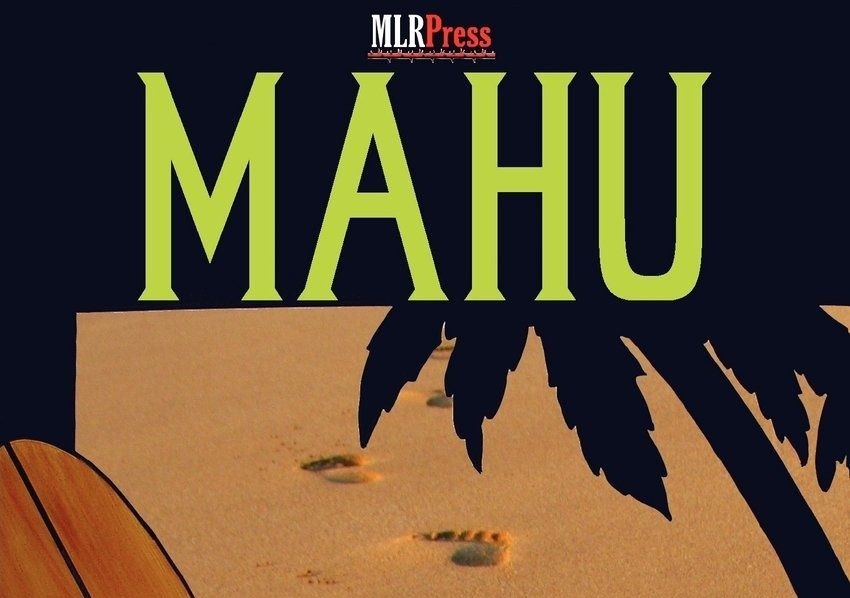 When I began writing the first draft of what would become my first published mystery novel, Mahu, back in 1992, I had no idea that it would be the first in a series of ten full-length novels and two collections of short stories.

Back then, I was in the closet myself, and my hero, a surfing private eye in Honolulu, was too. It wasn’t until I came out in the late 1990s that I realized that Kimo Kanapa’aka was gay as well. At the time, I thought I was writing the novel in which he came out, left the police force and became a private investigator.

Kimo, however, had other ideas. By the time I finished the book, he had told me in no uncertain terms that he was going to remain a police detective with the Honolulu PD, whose motto is “Protect and Serve with Aloha.”

The series began to evolve in a way that tracked my own coming out process. In the second book in the series, Mahu Surfer, Kimo begins to make gay friends and become comfortable in his own skin. I did the same thing—joining community organizations, using dating apps, converting guys who didn’t fit the mark for boyfriends into friends.

In book three, Mahu Fire, he meets the man who will become his long-term partner—although at the time, Kimo is a public figure as the only openly gay detective on the island, and fire investigator Mike Riccardi is still in the closet. This, too, was based on my own experience. Several of the guys I hooked up with were not out, even to friends and family, and I couldn’t see stepping back into the closet for any of them.

Through the next books, Kimo and Mike break up, reconnect, move in together, seek the approval of family and friends, and settle into a home together. They adopt a dog, the first step in building their own family of choice.

I had a poodle when I was growing up, and the love of dogs was one of the items on my checklist. The guy I eventually settled down with had two dogs, and I was happy to join their pack.

From then on, Kimo’s experience began to diverge from my own. He originally began at about my age, but by the time Mahu was published I had aged ten years and he hadn’t.

Readers have commented that Kimo is one of the few, if not the only, gay detectives who has a strong family life. I set this up because I am an only child, and I wanted to examine the effects of his coming out on his family.

He is close to his parents, his two older brothers, and a collection of nieces and nephews who often get involved in his investigations. Because I knew he was so family oriented, I decided that in Zero Break, the sixth in the series, he and Mike would take in a homeless gay teen as a foster son, as a continuation of his desire to build a family of his own.

My days of potentially becoming a parent were long past by the time Kimo decided—against my better judgment—that he and Mike wanted to become parents. I have no experience of babies and infants, and I worried that Kimo was straying too far from the world I knew.

But he insisted, as characters sometimes do, and eventually he and Mike donate sperm to a lesbian couple. I felt this was important, because so many gay men of his age and older were becoming fathers, and I wanted to keep exploring the stages of life that gay men go through.

Each of books in the Mahu Investigations represents a step forward in Kimo’s coming-out process, and the cases he investigates often reverberate with his personal life. In Ghost Ship, for example, the death of a pair of twins means even more to him because he and Mike are the father of twins of the same age.

My favorite series in crime fiction are ones in which the character grows and changes from book to book. I can’t imagine a police detective who isn’t emotionally connected to his cases, and I love the impact that comes when the solution of a crime moves him forward in his own life.

In many of the early books in the series, I examine what I call “the pain of the closet,” as gay men who can’t or won’t accept their sexuality are forced into dangerous situations. In others, such as the latest, Deadly Labors, Kimo uses the resources of his ohana, the Hawaiian word for extended family, to bring justice.

In the end, I believe that Kimo himself sustains the series. He is a son and a brother, with a mixed heritage common in the islands – part native Hawaiian, part Japanese, and part haole, or white. He is a surfer, with a deep appreciation for the island’s natural beauty. These elements have varied importance in the books, but they combine to make him a complete character, one whose journey has engaged me, and readers, for fifteen years. I keep thinking he has finished talking to me—but then, out of nowhere, his voice comes into my head, and I take off on another journey with him.

Neil S. Plakcy is a America writer and professor whose works range from mystery to romance to anthologies and collections of gay erotica. Plakcy is a Professor of English at Broward College.