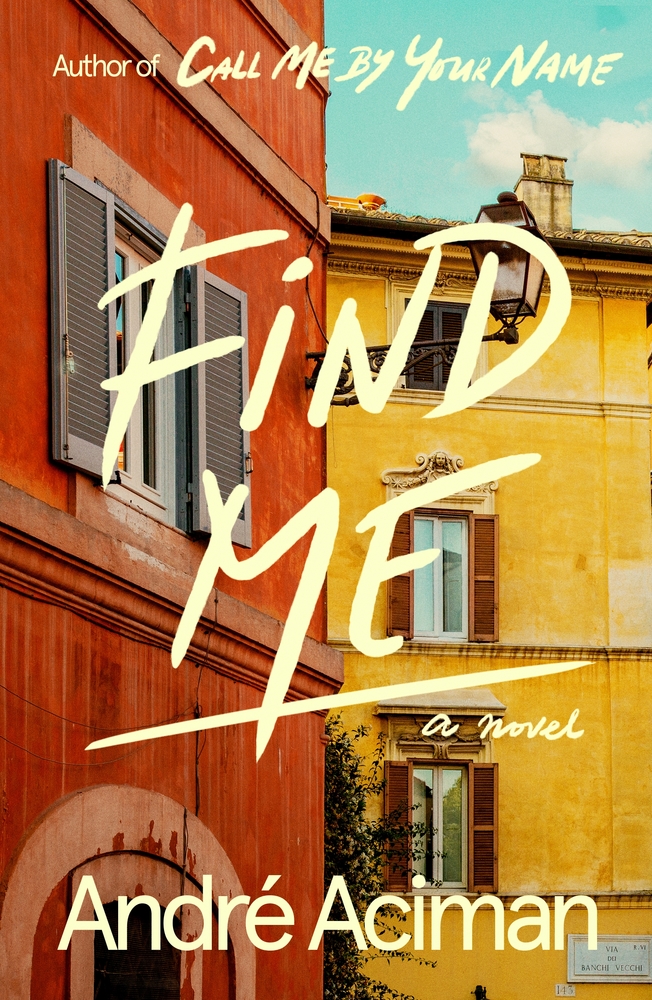 ‘Find Me’ by André Aciman

‘Find Me’ by André Aciman

In 2007, André Aciman’s Call Me By Your Name was released, drawing readers into the story of 17-year-old Elio and his summer romance with Oliver, a college student staying with Elio’s family in their Italian home in the 1980s. The Lambda Literary Award-winning book drew readers in with its style and honest depiction of the queer romance, even as it ended on such a bittersweet note. With his follow-up novel Find Me, Aciman seeks to recapture the beauty and intelligence of Call Me By Your Name, while still moving the narrative forward.

Find Me follows Elio, Elio’s former lover Oliver, and Elio’s father, Samuel, in various settings and locations after the epilogue of Call Me By Your Name. Each section of the novel follows one of the men as he explores a romantic encounter, while also grappling with various subjects ranging from history, art, vigilance, memory, and identity.

In the first section, Samuel, now divorced from Elio’s mother, meets a young woman named Miranda on a train to Rome and spends the weekend with her exploring the city. The second section follows a now-adult Elio as he enters a relationship with an older man named Michel while he lives in Paris, entering what is his first significant emotional relationship since he and Oliver parted many years earlier. The third section follows Oliver, now middle-aged, during his last night in New York before he and his wife return home to New Hampshire following a temporary teaching position.

In each section, the reader is taken on a journey through each of these relationships. We see how the generational attitudes of each of the characters shape how they view the world around them and how they can learn from and impart wisdom onto their partner. This leads to a more intriguing read, as while Call Me By Your Name was told entirely from Elio’s perspective, in this novel we are given multiple point-of-views. Samuel worries he will never see Miranda after their encounter, and that anxiety stays with him the entire weekend. Elio enters his relationship with Michel totally prepared for it to end suddenly, like his relationship with Oliver. Oliver realizes that the current permutation of his life is slowly reaching its end and that he’ll have to begin a new one soon, sooner perhaps, then he is ready for.

Find Me improves on many of the subjects and topics Aciman first discussed in Call Me By Your Name. The characters from the first novel remain intriguing and the new characters rise up to their level, offering interesting new outlooks that inspire dramatic set pieces. It also helps that these characters’ various engagements take place in vividly drawn locales. Rome was briefly touched upon in the first novel and feels more alive and fantastic here, while the Paris section adds magic and wonder to Elio’s narrative.

The only real criticism is that sometimes the various sections are a bit imbalanced in relation to one another. The first two sections are Find Me at its best, presenting complex relationships and characters that keep the reader engaged. The section focusing on Oliver is much shorter, and while it fed into the epilogue of the novel, it is too limited in its scope. Oliver’s wife, for example, could have benefited from a deeper characterization.

Find Me offers a emotionally relatable world, despite the rarefied locations. It’s the kind of sequel that improves on the original’s themes and scenarios. It is a story that inspires reflection: where you’ve been, where you’re going to go, and with whom will you go along these journeys.