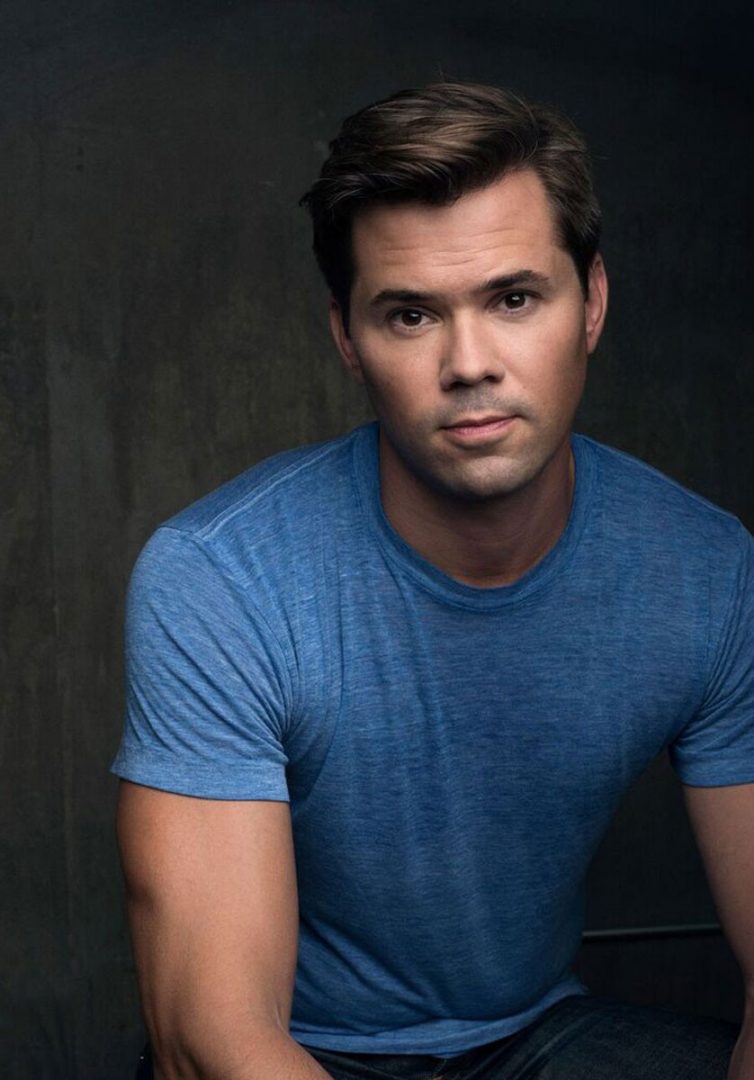 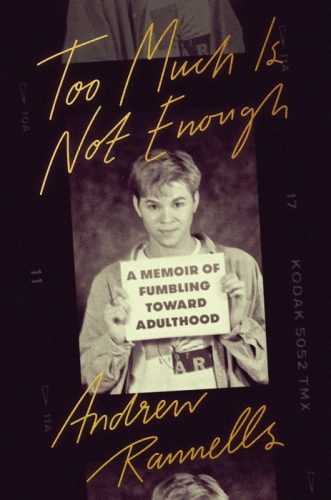 Too Much Is Not Enough, by Andrew Rannells, doesn’t read like a typical celebrity memoir. Most tell a life story from childhood to a year or two before the book’s publication date. In the past, some stars would be either unaware or unconcerned with how much distance was between their lives and those of their readers by the end of the story. For some this was alienating and for others it provided a source campy enjoyment. Recently, celebrities and/or their team have taken a new approach in negotiating their image with these books, often presenting their authors as plucky protagonists to varying degrees of sincerity and success.

Instead of getting Rannells’ entire life, readers get some knowledge of who he was in his hometown of Omaha before arriving in New York City and he stops before his life becomes just a little less relatable. It’s savvy, in an uncynical way, and self-aware. He simply knows that his years of trying to make it in the hustle and bustle of New York City makes for an interesting and relatable story. He doesn’t have to try for earnestness, instead he has the freedom to be honest.

Rannells’ starts the narrative in 1997, his first day of college at Marymount Manhattan. Like many from out-of-town who see New York City on television or visit it with a family or on a field trip, he presumes the entire island of Manhattan exactly like Midtown. This vision of the city is quickly corrected when gets to his dorm room. His first two years in college are all about learning new rules and figuring out how things actually work, such as how to get gigs and what to wear. However, acting, dating and family circumstances will soon become more complicated.

As his acting career continues, he’s confronted by a series of paths he must navigate. He makes the decision to leave school after two years to pursue more acting opportunities. After a particularly awful role, he vows to never perform any roles he felt were demeaning, no matter how well they pay. He eventually develops a steady career in voice acting for children’s cartoons, but it feels like a betrayal of the reason he moved to New York City. Taking what feels like a final chance, he makes it to the chorus of Hairspray.

Throughout the auditions, the nights out, the nights in, the culture experienced and the celebrity sightings (Debbie Harry!), he contacts his family less and less, unconsciously to avoid dealing with the hurt of homesickness. It is not until his beloved grandmother is in the final stages of Alzheimer’s that he realizes what he’s doing. Years later, he suffers another loss when his father passes away, leaving his immediate family to reestablish their relationships with each other.

There’s the also the men. A man who is trying to figure something out. A man who doesn’t reveal his true motives until later. A man who doesn’t understand that when the guy you’re on a second date with finds out something happened to a family member, you should leave instead trying to comfort him. There’s the man he has a short-term long-distance romance with. There are the showmances. And there’s the man who he starts his first real adult relationship with, who unfortunately who can’t deal with also being Andrew’s competition for roles.

It’s a great read and I will highlight the quality of the writing later. However, this isn’t just a review, but a column that examines the concept of LGBTQIA celebrity though memoirs—and this book ends before he becomes a major celebrity. You can see the conundrum. So, I stepped away from the book to come back at it with a fresh perspective. Perspective was an especially apt word because I realized that much of the book deals with how Andrew is seen and understood, by himself and others, and how he dealt with it. The constant negotiation of public perception is where his queer identity and celebrity status overlap.

There are many ways that Rannells had to manage how he presented himself to others before landing roles in movies and TV shows. Some of them are as simple as the various fashion choices he’s cycled through with late 90’s fashion trends making this especially rough. The entire audition process is figuring out how to simultaneously fit into a box as well as stand out from the crowd. (Change some words in the previous sentence and it could also apply to dating.) Once he started to build a theater career, he had to worry about choosing the right roles lest he be typecast.

The best example of him negotiating his image as a celebrity is the book itself. Deciding to limit the scope of his story to the point before chauffeurs enter the picture, he avoids coming across as out of touch. This isn’t to say he has zero problems to deal with anymore, like subtle typecasting, but now the settings and situations he deals with them are less common.

The specific timespan gives the memoir room for anecdotes and gives him space to provide texture to his experience of New York City, as well as his own inner landscape at the time. He also showcases an actor’s understanding of text, showing an obvious care for diction and structure which goes beyond a simple retelling of his aspiring actor days.

The chapter “Imaginary Omaha Andy” showcases his writing at the most compelling. At a particularly low moment at the start of his career, when the rejections felt like too much and too many, he concocts a version of his life where he stayed in Omaha and it’s written with remarkable specificity. In this version, while he is initially trapped in a set of circumstances, he can see himself finding a place of comfort (with the imaginary hot doctor husband helping a lot). He’s able to realize the choice is not simply between New York or Nebraska but choosing between the safety of the known or the risk of his dreams.

He also deserves praise for the perfectly plucked references and casually thrown turns-of-phrases. “Brigadoon of a bar,” used to describe the (now defunct) piano bar Rose’s Turn, is especially inspired. However, for readers without a wealth of pop culture knowledge, some of these jokes might not land. They might also be caught off guard by his use of dark or glib humor to shift away from the sadder or darker things he’s experienced. Overall, however, he navigates the fluctuating tones of this book artfully.

Rannells’ memoir, despite its title, does not drop an excess of names nor does it involve any tales of Big Apple bacchanalia. It’s the subtitle, the ‘fumbling towards adulthood’ that alludes to the book’s distinct focus. It’s a period when he began to truly understand worth: what he was worth, what his dreams were worth, and which people were worth having in his life. It is the story of someone whose craft is pretending to be other people for hours at a time trying to figure out who he is off stage. It is the story of someone who had passed by Broadway theaters many years before finally getting to perform inside them. Too Much Is Not Enough, if you’ll forgive a pun, gets it just right.

'Art From Art: A Collection of Short Stories Inspired by Art' edited by Stephen Soucy
'Circuit' by Walter Holland
Literotic: 'Teleny and Camille' by Jon Macy