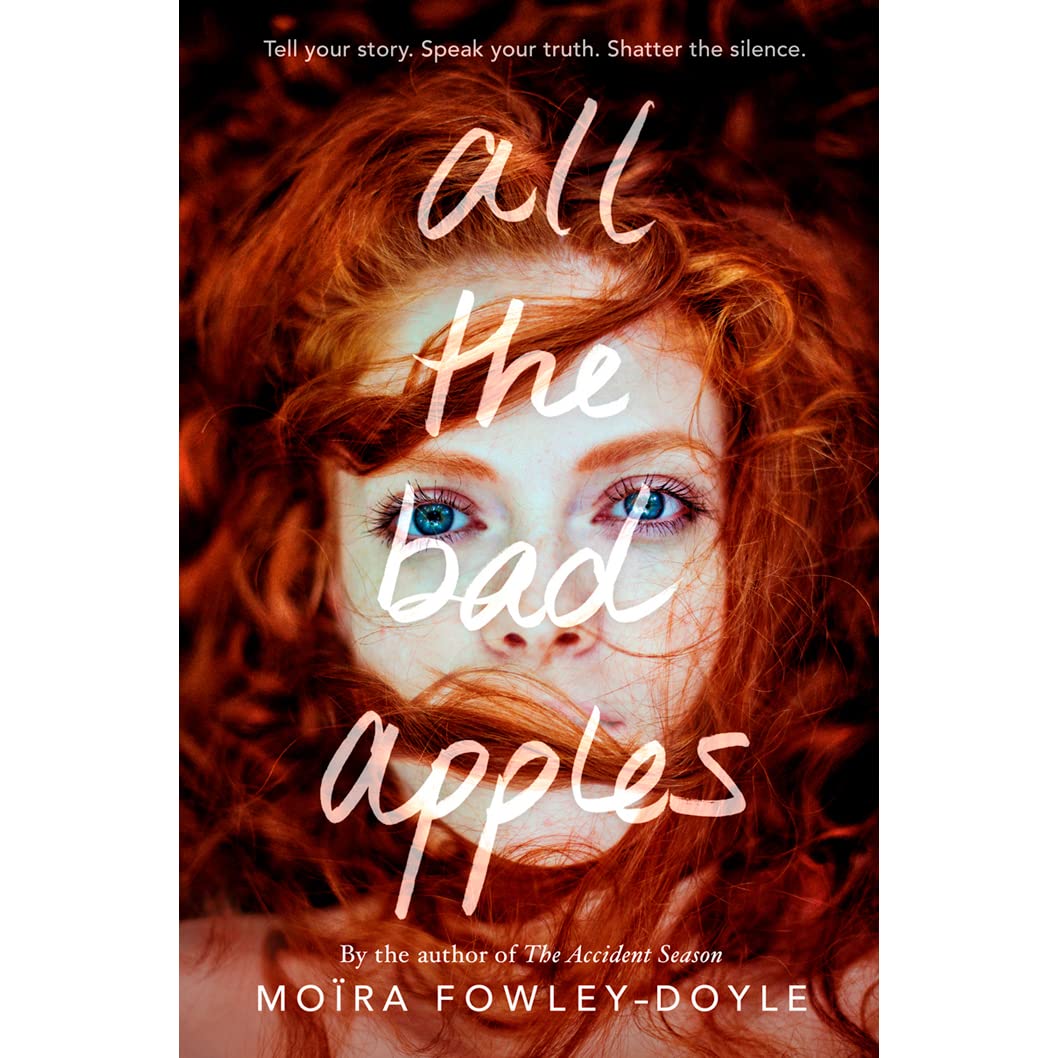 ‘All the Bad Apples’ by Moïra Fowley-Doyle

‘All the Bad Apples’ by Moïra Fowley-Doyle

I read All the Bad Apples in two sittings–over a forgotten, rapidly cooling latte and later, on a boat in the Green River in eastern Utah, so engrossed that I barely noticed the red cliffs. This novel will sink its teeth into you and you won’t want it to let go.

Denna, the protagonist of All the Bad Apples, comes from a very uptight, controlling Irish family that doesn’t take kindly to any abnormalities. Rumors have started floating around Deena’s Dublin high school that she’s a lesbian (the real trouble is that the rumors are absolutely true). On Deena’s seventeenth birthday, her older sister, Mandy, disappears, shortly after Deena accidentally comes out to her other sister/mother figure, Rachel, and her incredibly disapproving nightmare of a father. Mandy’s car is found at the base of a cliff and she is presumed dead.

But after the funeral, Deena finds a letter from Mandy stuck in her front gate, surrounded by long, pale hairs. In the letter, Mandy tells Deena that their family is cursed; that specifically, the bad apples–the non-conforming women–are visited by three banshees starting on their seventeenth birthday, and the women leave behind silver hairs, bone combs, and long red scratches on the bad apples’ arms, chests and necks. Mandy tells Deena that in order to break the curse, she’ll have to find her way through her family’s history, which Mandy has started telling her in the letter.

The letter ends with an address, and at that address, Deena finds another letter and Mandy’s long-lost daughter, Ida. Ida never met Mandy, but she could almost swear that she saw Mandy after the funeral. The girls decide to travel together to the address at the end of the second letter–a pub in Sligo, where they meet Cale, a beautiful and charming bartender who Deena immediately falls for. Deena’s best friend, Finn, catches up with them, and the foursome decides to follow the trail of Mandy’s letters and the many “bad apples” that fell from Deena and Ida’s family tree. The curse, they learn, started when Mary Ellen, Deena and Ida’s forbearer, stole an apple tree from the man who had gotten her pregnant and not only abandoned her but evicted her entire family from their home. Left pregnant and alone, Mary Ellen was forced to travel by foot for days until she finally found refuge with Ann, a purveyor of delicious apple cider, abortionist, and rumored witch. Mandy’s detailed, dramatically written letters follow Mary Ellen through the rest of her life and the other bad-apple women who branched from her family tree. The addresses on the letters take the teenagers on a wild road trip across the northern half of Ireland (not to be confused with North Ireland).

It was effortless to become deeply invested in Deena’s journey and to care about Deena, Ida, Finn, and Cale. There’s a betrayal that turned my stomach and that I almost couldn’t believe to be true; I read even more eagerly, waiting for proof that would absolve the betrayer, but finding only more disappointment in that person. Still, the empathy I felt for the character was very real, given what the betrayal meant about their motivations. While the non-magical surprise of the ending felt a bit unbelievable and possibly even disappointing, the magical realism and deeply tragic family drama were completely captivating. The moral conclusion of the book – that there is power in speaking truth, even if it doesn’t bring the change you seek – is one I can completely get behind, and seems well-supported by the rest of the novel.

Don’t be too sad when you get to the end; Moïra Fowley-Doyle has another novel, The Accident Season, which I’m eagerly looking forward to reading. Her fantastic command of intricately woven plots and realistic characterization makes me confident that any novel of hers is worth my time.