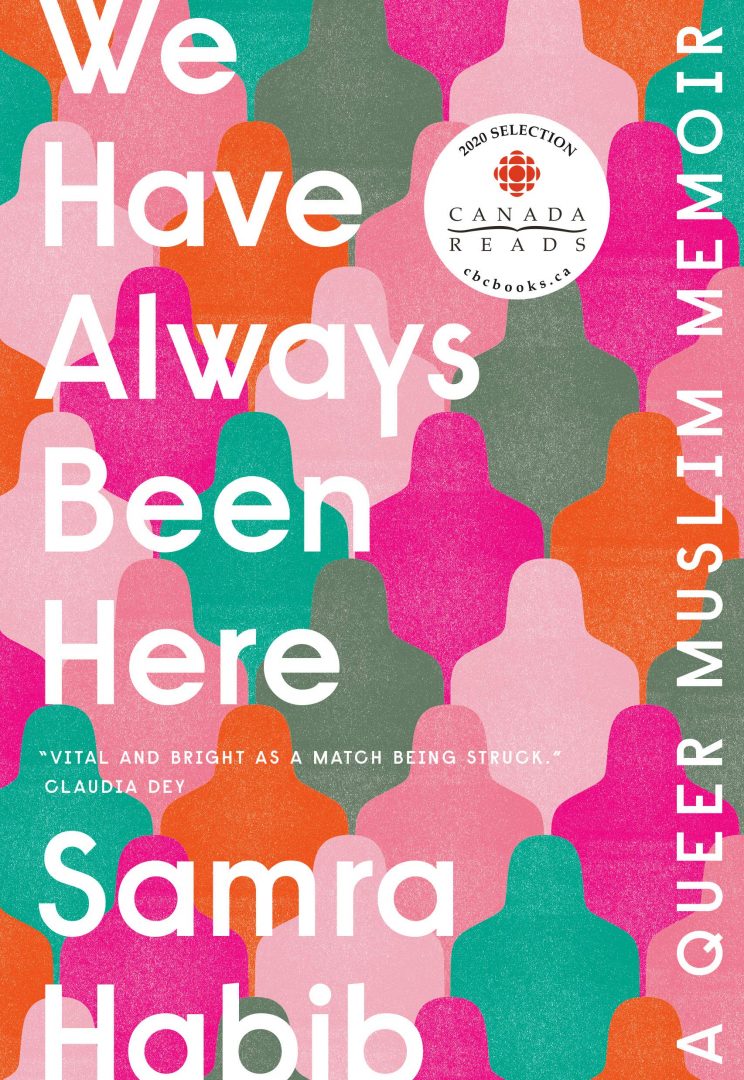 ‘We Have Always Been Here: A Queer Muslim Memoir’ by Samra Habib

‘We Have Always Been Here: A Queer Muslim Memoir’ by Samra Habib 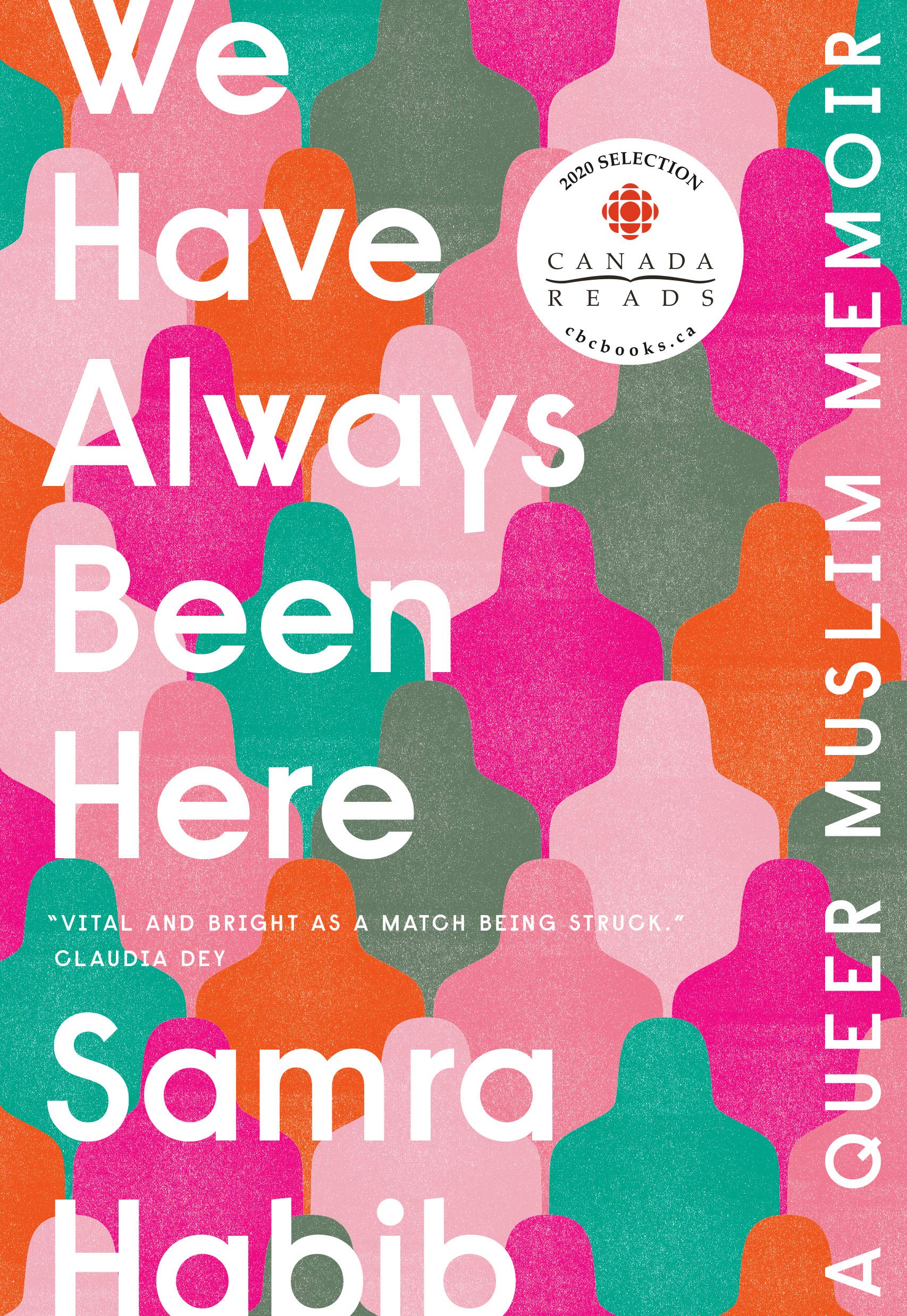 Samra Habib is a photographer, LGBTQIA activist, and author based in Toronto, Canada. Her current work focuses on probing the intersection of queer and Muslim identities through a photo project entitled “Just Me and Allah: A Queer Muslim Photo Project.” Her recently published memoir, We Have Always Been Here: A Queer Muslim Memoir gifts the reader with a tale of (re)discovery centered around themes of family, sexuality, and spirituality. The narrative thread weaves through the fabric of Samra Habib’s early life in an Ahmadiyya community in Pakistan to her current work as an LGBTQIA activist, essayist, and photographer. The story that Samra shares is at once raw and at times emotionally draining, but also one that draws our eye to the filament of hope and potential that is interlaced into each of our lives. We Have Always Been Here invites the reader on a journey to understand, with the author, one’s journey to understanding self and their position in various communities. Just as Samra comes to understand her sexuality, her place in her family, and her connection to her spiritual self, we too begin to better understand the variegated nature of sexual identity and expression, family configuration, and Islamic belief. This approach creates an accessible and challenging text that fosters an essential sense of perspective for the reader and encourages them to consider how non-monolithic the world around them really is—there is no single right way to be queer; and, there is no single right way to be Muslim.

We Have Always Been Here begins from the author’s early life as a child in Pakistan in the late 1980s/early 1990s. It is during this time that Samra Habib first encounters one of the myriad ways in which a person can be rendered as other and queer. In her local community, Habib’s family was in a religious minority—one that was heavily maligned and marginalized by the Sunni majority. In this environment, a young Samra Habib learned to keep secrets, to suppress aspects of her identity that might cause trouble. She learned when and where it was acceptable to be Ahmadiyya and when and where it wasn’t. These are lessons we would see repeated later in her narrative as she comes to grips with her queer identity. It was also during this time that the author learned a heartbreaking reality, that often those meant to protect us can put us in harm’s way and then be horribly ill-equipped to aid us in navigating the fallout.

The book then follows Samra Habib’s family as they emigrate to Canada in the face of increasing sectarian violence in Pakistan targeting the Ahmadiyah community. During this time, the author finds herself a child forced to grow up too soon. She is often required to function as translator and stand-in adult for her mother shortly after their arrival, forcing her to forego what little childhood she might still have left after fleeing religious violence and sexual trauma. We learn that when the family first moves to Canada, they are accompanied by a male relative. At first, we and young Samra, don’t know who this cousin is or why he moved to Canada with them. It is only later that we learn of the planned marriage between Samra and the cousin, arranged by family back home in Pakistan. This creates another potent thread in this book—navigating sometimes overpowering family expectations and finding respite and escape when and where we can.

The last half of the book has Samra coming to a fuller realization of who she is as a woman, an artist, and a queer person of faith and color in a mostly white, Christian community. During this time, we see her take her first tentative steps towards rediscovering her connection to her faith through finding an inclusive, LGBTQ+-affirming mosque. We also see her begin to explore her queer identity with a particular vigor that comes from hiding one’s true self for too long. Through these acts of rediscovery, we also see Samra Habib come to understand that she can use her art to give voice to those that society has tried to silence. Through this work, she begins to discover a place, accidental or purposeful, as an activist of queer Muslims across North America.

This book is a frank and potent sharing of an intimately personal life narrative. Samra Habib manages to draw you in with a raw view of her life trajectory that feels almost unfiltered, casting light on everything from the traumatic to the transformative to the mundane. Uninformed readers, with little knowledge of Islam, might be tempted to look at the more troubling parts of Samra’s story as validation of Islamophobia—child marriages, the silencing of women, sectarian violence—but the self-aware approach that Samra Habib takes in telling her uniquely queer Muslim story abates this outlook. This story is an important one for the western LGBTQ+ community to hear because it provides such fantastic perspective into the life of a queer woman who, at least in many western countries, is also a member of a minority faith.

Joshua M. Paiz is an applied linguist and LGBTQ+ researcher in Washington, D.C., and a recipient of a 2019 Short-term National Humanities Center Fellowship for his work on queer identities in global Englishes. He lives in Maryland with his husband and dog, where he enjoys baking and a crisp Riesling.