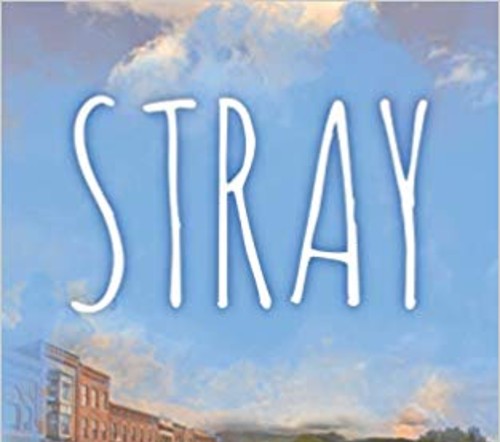 The number of LGBTQ-phobic hate crimes has increased since Donald Trump took office in 2016. This phenomenon has also occurred in states that have anti-discrimination laws designed to protect LGBTQ people from harm. Minnesota is such a state that has anti-discrimination laws to protect sexual orientation and gender identity/expression in education, employment, housing, public assistance, and healthcare. At the same time, small town rural Minnesota often lacks supportive spaces for LGBTQ people, where they can be at risk for abuse. In her new novel Stray, Minnesota author Nancy J. Hedin astutely tackles these difficulties, while also providing a finely observed portrait of a small Midwestern town

Stray is a sequel to Hedin’s first novel Bend. Bend, a rural town directly based on the real Swanville, Minnesota, is home to aspiring veterinarian Lorraine. In spite of Lorraine’s challenges coming out and developing a relationship in Bend, she has stayed in town out of family loyalty and love. She has put her dream of going to veterinary school on hold as she works full time to help her mother complete nursing school and provide care for her nephew after her sister’s death. Lorraine’s girlfriend Chastity, the pastor’s daughter, also remains rooted in Bend. Hardships arise when Lorraine’s mother seems to forget that her daughter is a lesbian in a relationship, and begins to invite single young men home to “straighten her out.” To make matters worse, Lorraine’s girlfriend Charity spends more time out of town during this time.  Meanwhile, a rising local politician plays on peoples’ fears and stirs up hate in the community, leading up to Lorraine’s gay male friend Ricky getting beaten nearly to death. Like many most small rural towns in Minnesota, Bend does not have its own police department, which forces Lorraine to take matters into her own hands.

This book embodies the joys of and difficulties of living in a conflicted state, which should be noted is not simply the province of rural areas. These characters embody the values of family first, self-sufficiency, the love of church, community, and rustic living. Sadly, these ideals often come into conflict with LGBTQ peoples’ desires to express themselves freely, as well as their ability to advocate for their rights.  This impulse to live life on your own terms, despite your environment, is not born of ignorance, but of courage. In fact, Lorraine has the greatest respect for learning:

Some would call it auto pilot. Somehow my driving was controlled by a deeper part of my brain. I parked in front of the library. If you want to believe in democracy and the Constitution, you’ve got to respect the library. It’s a place anyone can go and belong and get access to anything ever written, maybe even thought…. There was no requirement to prove you were worthy or educated enough to check something out. Information was not protected or locked away from the common person. There was even a measure of privacy about what each citizen chose to read..

One could say that, for Lorraine, the library is her church and that Bend librarian Gerry Narrows is her confessor and lifeline. The library also has a special place in Lorraine’s heart because it is where she met her lover Chastity. In Stray, the library space and the librarian help Lorraine process her thoughts and track down the people who beat Ricky.

While the main storyline is gut-wrenching and difficult to read at times, there are sweet spots too. Lorraine’s father, librarian Gerry Narrows, and local veterinarian Twitch provide emotional support, guidance, and words of wisdom to the struggling Lorraine. And honestly…the plot line that interests us most…a new social worker in town attempts to win Lorraine’s heart. As Lorraine tackles her challenges head on, she reclaims her path in life and lives up to her potential. We have to respect and root for Lorraine due to her grit and self-sacrifice.