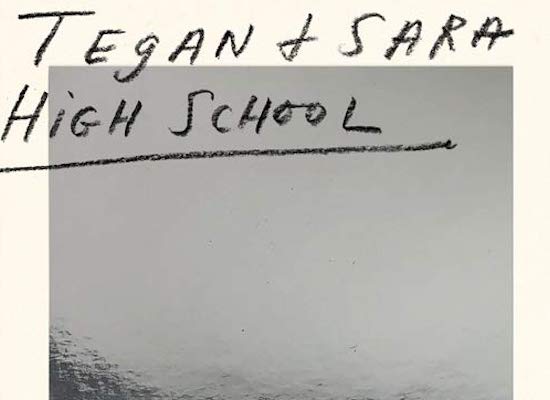 September is here, and we’re back with more LGBTQ books for your reading list!

We can’t wait to check out Tegan & Sara’s memoir, High School, out this month from MCD. More from the publisher:

High School is the revelatory and unique coming-of-age story of Sara and Tegan Quin, identical twins from Calgary, Alberta, who grew up at the height of grunge and rave culture in the nineties, well before they became the celebrated musicians and global LGBTQ icons we know today.

A transcendent story of first loves and first songs, High School captures the tangle of discordant and parallel memories of two sisters who grew up in distinct ways even as they lived just down the hall from each another. This is the origin story of Tegan and Sara. 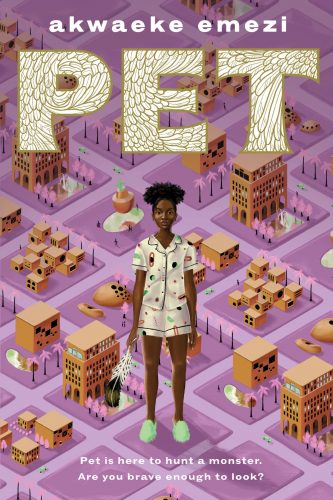 Akwaeke Emezi, author of Freshwater, is making their YA debut this month with Pet (Make Me a World):

Pet has come to hunt a monster, and the shadow of something grim lurks in Redemption’s house. Jam must fight not only to protect her best friend, but also to uncover the truth, and the answer to the question—How do you save the world from monsters if no one will admit they exist? In their riveting and timely young adult debut, acclaimed novelist Akwaeke Emezi asks difficult questions about what choices you can make when the society around you is in denial.

We’re also looking forward to Benjamin Moser’s new biography of Susan Sontag. Sontag: Her Life and Work (Ecco), described by the publisher as “a definitive portrait—a great American novel in the form of a biography,” is also “the first book based on the writer’s restricted archives, and on access to many people who have never before spoken about Sontag, including Annie Leibovitz.”

In fiction, September brings Jacqueline Woodson’s new novel, Red at the Bone (Riverhead Books), in which “an unexpected teenage pregnancy pulls together two families from different social classes, and exposes the private hopes, disappointments, and longings that can bind or divide us from each other”:

As the book opens in 2001, it is the evening of sixteen-year-old Melody’s coming of age ceremony in her grandparents’ Brooklyn brownstone. Watched lovingly by her relatives and friends, making her entrance to the music of Prince, she wears a special custom-made dress. But the event is not without poignancy. Sixteen years earlier, that very dress was measured and sewn for a different wearer: Melody’s mother, for her own ceremony– a celebration that ultimately never took place.

Those interested in the New York art scene might want to check out Peter McGough’s memoir, I’ve Seen the Future and I’m Not Going (Pantheon), in which he writes about his time with fellow artist David McDermott on the Lower East Side during the 1980s and ’90s:

McGough evokes the rank and seedy East Village of that time, where he encountered Keith Haring, Rene Ricard, Kenny Scharf, Jean-Michel Basquiat, Andy Warhol, and Jacqueline and Julian Schnabel, among many others. Nights were spent at the Ninth Circle, Danceteria, and Studio 54; going to openings at the FUN Gallery; or visiting friends in the Chelsea Hotel.