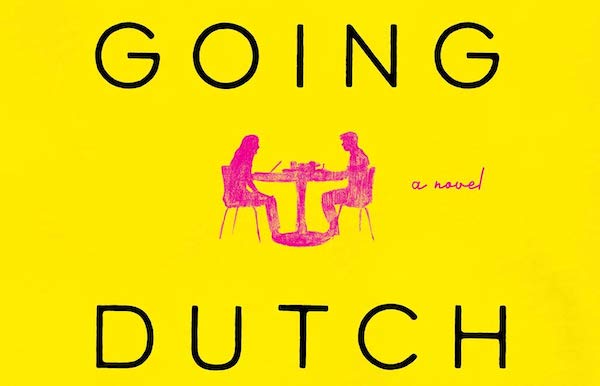 With the development of dating apps and dating websites, it has become a lot easier to narrow and broaden one’s dating life. Not only is it easy to find people who have specific characteristics and interests you are looking for, but it becomes easier to find them, even in a city as large as New York City. But while it is easier to connect to people, dating still carries the challenge of maintaining that relationship beyond the initial swipe or click. If anything, it becomes a lot harder when online dating only helps to make the start of the connection and makes it clear to the user that it’s a foundation built out of wafer crackers instead of concrete.

James Gregor’s debut novel Going Dutch illustrates just how hard it is to traverse that bridge when the slightest pressure could send it collapsing into the Hudson River. Through his protagonist, Richard, Gregor spins a tale of a medieval Italian literature doctoral student who, in the midst of writer’s block and the threat of losing his funding, is pulled into an odd, bisexual love triangle. While Richard is initially drawn to Blake, an attractive and successful lawyer he met through a dating site, he’s also drawn into the circle of fellow student, Anne, who presents the companionship that Richard has sorely missed. It’s through his interactions with both Blake and Anne that Gregor’s novel shows how hard it is to be truthful and direct in relationships, especially when the consequences of losing one or both potential partners are as traumatic as Dante’s walk through the Inferno.

In a book filled with clever and descriptive prose, Gregor makes the reader feel Richard’s anxiety as he struggles to meet deadlines and balance his commitments. It also helps that the choice between Blake and Anne feels like a genuinely difficult decision to make. If he chooses Blake, it feels like Richard, who identifies as gay, will be moving on to the ideal relationship of a modern, liberal gay man, but also one that feels rote and unexciting. With Anne, who has offered to help Richard write papers in exchange for his companionship, while it carries the danger of academic suicide, it also has the thrill of being a whole new world for him to explore.

But Gregor doesn’t make the novel solely a love triangle “who will he choose?” tale. The novel’s main thrust is Richard navigating the difficult trials of graduate school and 20-something existentialism. While at times some of Richard’s angst approaches “First World Problems” levels of whining, there is still a humanity and relatability to his circumstances. Richard is in a precarious situation, with his livelihood and future hanging on his ability to produce his work, and when that’s threatened and exacerbated by his interactions with other people who both offer some relief to this situation, it’s easy to see how he can be drawn to the emotional support both Anne and Blake can offer him.

Going Dutch is a hilarious and relatable story that shows great promise for Gregor as a novelist. It plays around with the tropes and clichés of love triangle stories and 20-something arrested development stories in a fresh and engaging way. It’s a perfect snapshot of academic and romantic life in the ’10s that will hopefully resonate as time passes. After all, while some of these dating sites and apps will potentially fall into obscurity or be consigned to the digital mausoleum that all defunct sites and programs fall into, there will always remain that anxiety and allure that comes from branching out and trying to develop oneself as an adult, whether it involves writing about centuries-old literature or just figuring out the best place to get dinner on a Friday night in Brooklyn. For anyone who as experienced these dilemmas or similar situations, Going Dutch is a must-read for a laugh, a groan, and an assurance that maybe they can look back at their grad school years and roll their eyes at some of their choices before moving on with their day.