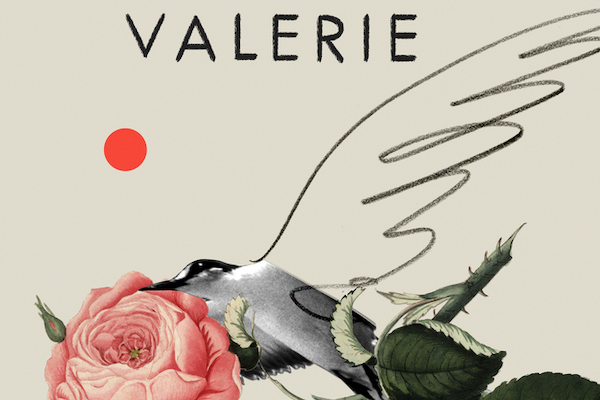 First published in Sweden in 2006, now retitled and translated into English, Valerie or, The Faculty of Dreams transports readers into the disturbing world of Valerie Solanas, the firebrand author of The Scum Manifesto who captured the public eye by attempting to assassinate Andy Warhol in 1968. Describing her work as “a literary fantasy,” author Sara Stridsberg establishes at the outset that her book is a work of fiction, that she has taken liberties with the geography of the U.S. and with her depiction of Solanas herself. Nevertheless, the outlines of the novel include actual experiences: Solanas’ childhood rapes by her biological father and dislike of her stepfather, her period of study at the University of Maryland Psychology Department, and a New York interval involving a sojourn at the famous Chelsea Hotel punctuated by interactions at Warhol’s Factory and culminating in the shooting of the artist. Other scenes occur in real settings like The Elmhurst Psychiatric Hospital, The New York State Prison for Women, the nightclub Max’s Kansas City, the Courtroom of the Manhattan Criminal Court where the attempted murder case was heard and, finally, the Bristol Hotel in San Francisco’s Tenderloin District where Solanas died in 1988 at the age of fifty-two.

These biographical and physical reference points guide the reader through a highly experimental narrative that amply justifies Stridsberg’s assertion that her work is imaginary. Loosely structured into five parts, the novel is comprised of a series of short chapters identified by time and place and employing a range of expressive modes, the most common of which is stage dialogue, but that also includes interviews, court transcriptions, and medical reports. Invented characters mingle with actual figures; historical people are disguised and satirized. The reader is regularly challenged to identify speakers, to decipher meaning and to locate action. Yet despite deliberate narrative disjunction, thematic significances emerge.

One compelling thread occurs during the Bristol Hotel sequence as an unnamed narrator, presumably the author, interacts with the Valerie character during the final days of the activist’s life. Verbal sparring between the two characters addresses matters of art, mortality, and community. Significantly, at the end of their encounter the narrator asks Valerie about her motives for the shooting that irrevocably altered her life, but even as she approaches immanent death, Valerie says she doesn’t know why she shot Warhol. Not surprisingly, the novel resists pat answers and easy conclusions.

Various versions of the shooting itself are reenacted throughout, but possibly the most heartbreaking account takes place in a dreamlike sequence toward the end of the novel in which several voices implore Valerie not to pull the trigger. One unidentified speaker presciently warns, “The moment you shoot Andy Warhol, you throw away all possibility of being someone other people listen to, the only thing you dream about, the writer, artist, revolutionary, psychoanalyst, rebel.” The passage concludes:

In a few years’ time the women’s movement will move into the universities and everywhere women’s cafes will appear, reading circles, feminist groups, and in San Francisco half a million women will demonstrate, dressed in white, to protest against sexual politics based on fear and systematic rape. A radical women’s movement will grow up and radical sexual politics. There will be a place for you there, Valerie. The new age will be your age.

But, as we all know, Valerie Solanas did pull the trigger, and in so doing, consigned herself to a life on the sidelines—of prison, mental hospitals, homelessness, and obscurity. Andy Warhol also reportedly never fully recovered from his injuries.

The final pages of the novel explore in gritty detail the last days of the Valerie Solanas character’s life. Stridsberg makes much of the fact that the polemicist died alone, incorporating a movingly ironic chapter entitled “On the Other Side of the Alphabet” that lists alphabetically arranged directives on how comfort someone who is dying. (“R. Hold her hands, talk to her, soon she will be gone,” for example.)

It must be said that Valerie is not for the faint of heart or the squeamish. Dead animals appear with some frequency, especially in the “Laboratory Park” and “The Oceans” sections; evocations of bodily functions recur, including references to excrement, urine, vomit, and unsavory secretions; vulgar language proliferates; and violence occurs. And some readers may be daunted by the non-linear structure and certain narrative indeterminacies. Still, the novel commends itself for the lyricism of its prose, the urgency of its momentum and the poignancy of its depiction of an almost forgotten radical who managed to overcome terrible obstacles to try, however misguidedly, to express the rage of a generation.

'Elegy Department Spring' by Kay Gabriel
'Beyond Magenta: Transgender Teens Speak Out' by Susan Kuklin
'A Wretch Like Me: Sad\Black\Ugly\Queer' by Ebin Lee