This edition of Queer Stages brings you the marginalized voices, the othered bodies, the people who don’t get their fair share of space and time to make their stories heard as well as attempts to silence those voices. Read on to learn about the queer, black men finding their place on Broadway, a production of Lord of the Flies without a single able-bodied, white, cisgender man, and a play all about queer marriage. 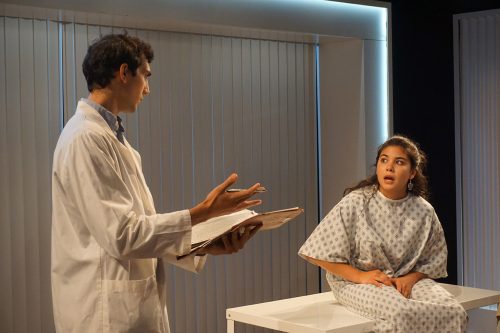 The summer theatre season is in full swing and one New York City theatre festival is working to make both sides of the curtain accessible. Corkscrew Theatre Festival champions queer and marginalized voices, this year’s lineup boasts a strong proportion of women and trans creatives behind its shows. Because the festival has no fee to apply, it’s friendly to young and emerging playwrights, directors, and actors in the theatre community. The festival seeks to be accessible to audiences as well, offering tickets starting at $20 plus $10 student rush and pay-what-you-can options, not bad in the city of $500 Hamilton tickets. Read more about the plays and artists here. 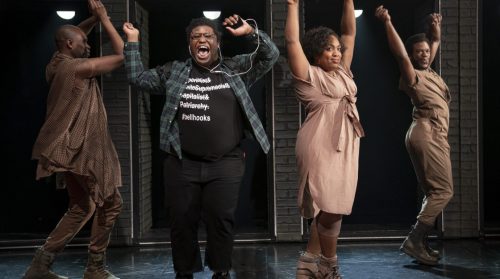 Production photo from A Strange Loop at Playwrights Horizons.

This great read by playwright Marcus Scott examines the surge in the staging of work by queer, black men since the success of Moonlight and the impact of representation and diversity on the stage. This piece for American Theatre highlights some of the best queer, black men writing for the stage today.

Meanwhile, Dazed has a great profile of Larry Owens, starring in A Strange Loop, in which he addresses his experiences as a queer, black man performing on Broadway and his journey to reach the Broadway stage. 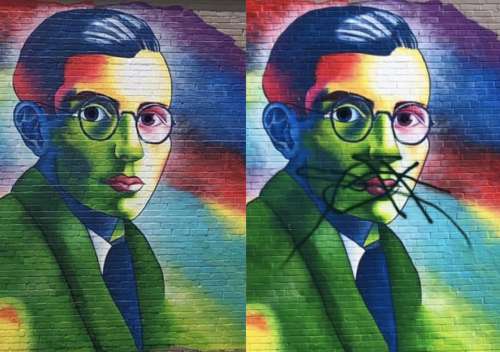 A mural of gay playwright Lynn Riggs was vandalized in Tulsa, OK near the end of July. The vandals spray painted the word “abomination” across the mural and marred the playwrights face with more paint. Oklahomans for Equality, the organization responsible for the mural painted on the Dennis R. Neill Equality Center, is committed to restoring it and noted that under Oklahoma law, the homophobic vandalism is not considered a hate crime.

Promotional photo from Sydney Theatre Company’s Lord of the Flies

Sydney Theatre Company is staging a production of Lord of the Flies with a gender diverse, 11-person cast without any white, able-bodied cisgender males. The play has traditionally been performed with an all white, male cast. 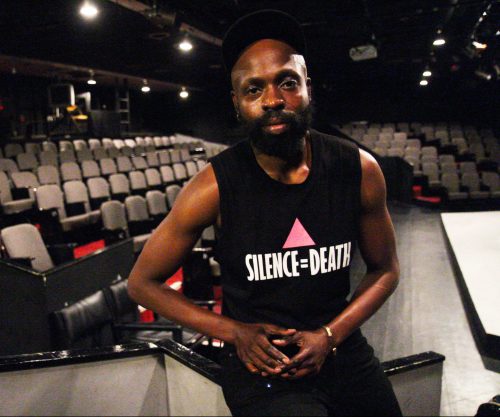 Listen: Jarvis Green spoke with Vermont Public Radio about his experience being a queer, black theatre artist and how he ended up founding his African American theatre company, JAG Productions, in Barnard, VT. Read or listen to his story here. 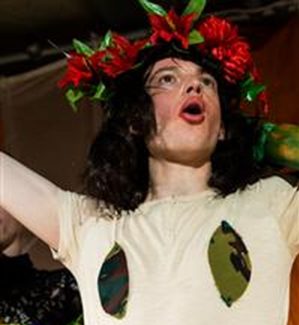 Production photo from Fine and Dandy

King’s Head Theatre in London will play host to two queer plays in the coming months. Fine and Dandy by Sue Frumin and produced Sea Change Theatre will be have a two weekend run in August.

Then, in October and November, King’s Head will present Robert Chesley’s Jerker directed by Ben Anderson as his completion of the King’s Head director trainee program. The play’s full title is Jerker, or The Helping Hand: A Pornographic Elegy with Redeeming Social Value and a Hymn to the Queer Men of San Francisco in Twenty Telephone Calls, Many of Them Dirty and it’s been called “one of the most important pieces of gay theatre ever created.”

In the Bay Area, Queer Cat Productions will be staging the world premiere of The Gay Divorce Play this August. The award-winning company collaborated to pen the interactive play which aims to ask the audience “What is a queer marriage?” The play was previewed at the Google Community Space in June, but this will be its first full staging.

The featured photo of this article comes from WeAreVisible. In London, over 250 black womxn, including trans women and nonbinary people, gathered at the Globe to share and celebrate their experiences. Womxn of color are arguably the most marginalized voices in theatre and this photo of such a joyful gathering just knocks the icicles clean off my heart. Learn about WeAreVisible and their gathering here.