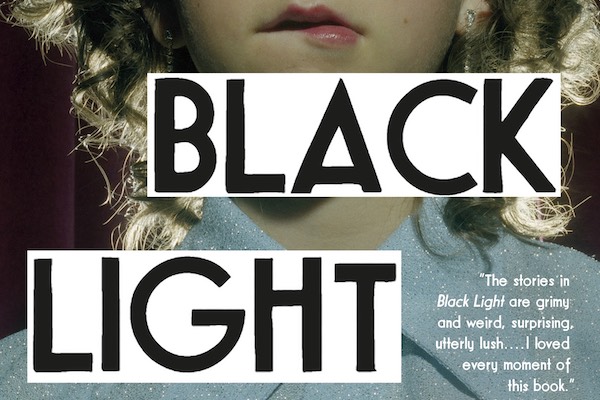 It’s August, and we’re back with more LGBTQ books for your reading list!

In this debut collection of enormously perceptive and brutally unsentimental short stories, Parsons illuminates the ache of first love, the banality of self-loathing, the scourge of addiction, the myth of marriage, and the magic and inevitable disillusionment of childhood.

Taking us from hot Texas highways to cold family kitchens, from the freedom of pay-by-the-hour motels to the claustrophobia of private school dorms, these stories erupt off the page with a primal howl—sharp-voiced, acerbic, and wise. 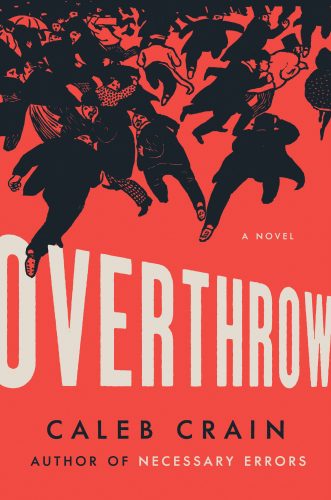 Fans of Necessary Errors will want to check out Caleb Crain’s latest, Overthrow (Viking), “a deeply humane novel that explores the fate of candor, good will, and the utopian spirit in a world where technology and surveillance are weaponizing human relationships.” More from the publisher:

One autumn night, as a grad student named Matthew is walking home from the subway, a handsome skateboarder catches his eye. Leif, mesmerizing and enigmatic, invites Matthew to meet his friends, who are experimenting with tarot cards. It’s easier to know what’s in other people’s minds than most people realize, the friends claim. Do they believe in telepathy? Can they actually do it? Though Matthew should be writing his dissertation on the poetry of kingship, he soon finds himself falling in love with Leif–a poet of the internet age–and entangled with Leif’s group as they visit the Occupy movement’s encampment across the river, where they hope their ideas about radical empathy will help heal a divided world and destabilize the 1%.

August will also see the release of Elissa Altman’s memoir, Motherland: A Memoir of Love, Loathing, and Longing (Ballantine Books):

After surviving a traumatic childhood in nineteen-seventies New York and young adulthood living in the shadow of her flamboyant mother, Rita, a makeup-addicted former television singer, Elissa Altman has managed to build a very different life, settling in Connecticut with her wife of nearly twenty years. After much time, therapy, and wine, Elissa is at last in a healthy place, still orbiting around her mother but keeping far enough away to preserve the stable, independent world she has built as a writer and editor. Then Elissa is confronted with the unthinkable: Rita, whose days are spent as a flâneur, traversing Manhattan from the Clinique counters at Bergdorf to Bloomingdale’s and back again, suffers an incapacitating fall, leaving her completely dependent upon her daughter. 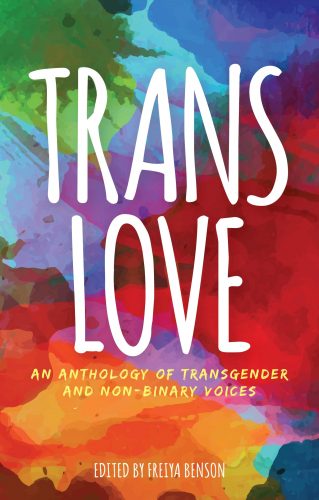 In nonfiction, Trans Love: An Anthology of Transgender and Non-Binary Voices, edited by Freiya Benson and out this month from Jessica Kingsley Publishers, is “a ground-breaking anthology of writing on the topic of love, written by trans and non-binary people who share their thoughts, feelings and experiences of love in all its guises.”

And in YA, be sure to look for Derek Milman’s thriller, Swipe Right for Murder (James Paterson), “an epic case of mistaken identity”:

Finding himself alone in a posh New York City hotel room for the night, Aidan does what any red-blooded seventeen-year-old would do–tries to hook up with someone new. But that lapse in judgement leads him to a room with a dead guy and a mysterious flash drive…two things that spark an epic case of mistaken identity that puts Aidan on the run–from the authorities, his friends, his family, the people who are out to kill him–and especially from his own troubled past.