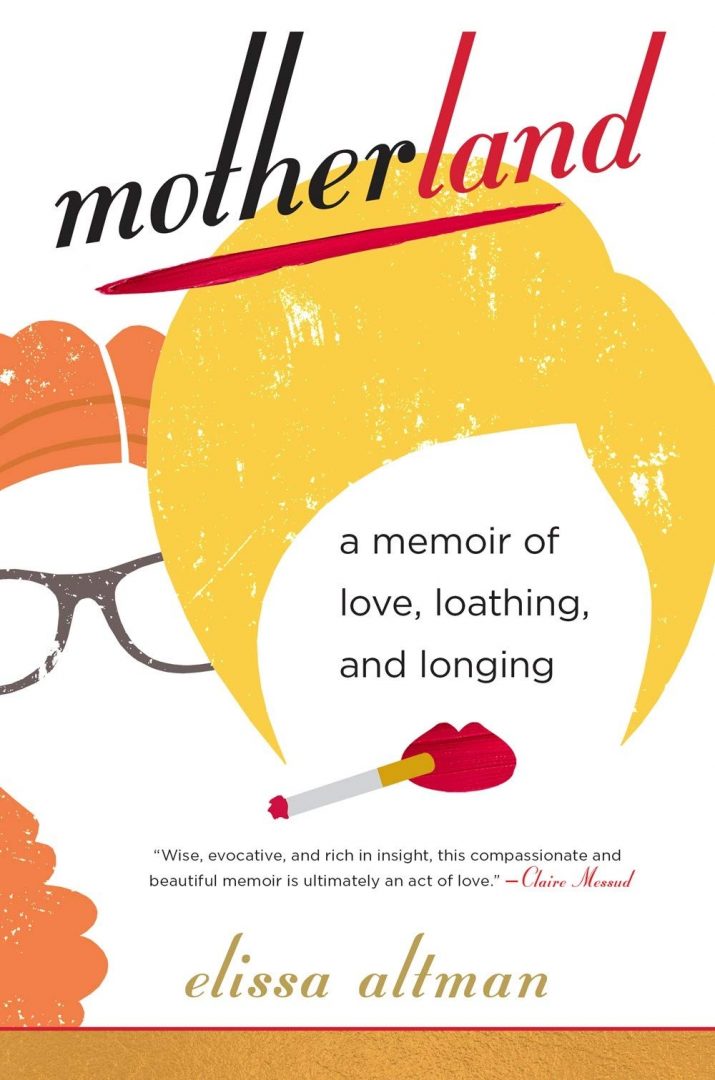 ‘Motherland: A Memoir of Love, Loathing, and Longing’ by Elissa Altman

‘Motherland: A Memoir of Love, Loathing, and Longing’ by Elissa Altman 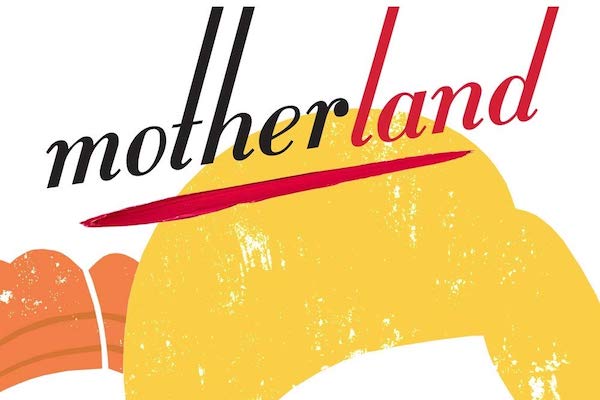 Motherland is the wise new memoir from Elissa Altman, a writer who those of us in the queer community have seen rise to the occasion in two previous, wide-reaching volumes: Treyf: My Life as an Unorthodox Outlaw and Poor Man’s Feast: A Love Story of Comfort, Desire, and the Art of Simple Cooking. True to the trajectory of Altman’s literary career thus far, Motherland offers something completely new not only to her own oeuvre, but also to the world of queer literature writ large: a meditation on the co-dependence of daughter to mother, turning on that mother’s ultimate decline.

“I sucked on my mother’s beautiful fury; it fed me and nourished me. We clung to the silent compact that neither of us would ever abandon the other, no matter what,” Altman writes early in Motherland, then confessing, “Until I did.” Altman abandons her mother Rita’s all-consuming and fury-filled New York, where Rita had once, for a brief period of time, been a somewhat-famous television star, a time her mother never let anyone forget and a time that haunted her and her family in the decades since. “She was a myth I searched for and never found,” Altman quickly explains. Thus Altman takes on a classic queer mythology—that never-ending tie between parent and child—and turns the mythology into a lived, complicated work of lyrically-wrought prose with a quiet surprise on every page.

On its surface, Rita’s New York is a bygone New York of fabulosity. She wears oversized sunglasses and fur coats to the bodega. She seems to hold court at Bergdorf’s almost daily, buying tube after tube of Clinique’s signature “Red Red Red” lipstick. She claims to be allergic to the color pink and attempts to dress her daughter in tube tops and Missoni fabrics, a daughter who prefers smartly cut menswear in the form of a three-piece suit. Gay men like me might long for Rita in our own lives, but Altman talks of how she “secretly yearned for the mundane and the serene, the tedious B side to an extraordinary universe whose angry dialect fell from my young lips like a dying native tongue.” Rita is a performer, constant and for everyone, and Altman tires of this, even if she can’t articulate it, well before puberty. Thankfully, however, she beautifully articulates it for us now.

So what does Altman trade Rita’s New York for? A woman named Susan and the woods of western Connecticut. An idyllic life of reading by the fire and listening to NPR, caring for an old home and long, uninterrupted stretches for both cooking and writing. Time passes differently, but passes nonetheless, and Altman so superlatively admits how there will always be a part of her that questions the trade-off she’s made. Speaking of Susan, she writes:

I measure the accretion of time by the age of the baby we never had, the number of older people we’ve lost, the cancer scares, the boxes of inherited photos stacked up in our closet, the flutter I get in my heart when I look across the table at her.

Nineteen years; long enough for us to have a child in college.

Nineteen years; I still wake before she does… I watch her in the quiet of the early mornings before my mother calls, before our day begins, afraid of losing this love.

And that latter fear’s inverse, of course: the fear of what’s been lost for this love, a great unknown that will always pull, like her mother calling from Manhattan every morning, asking her daughter why she left in the first place.

“I want to know,” Altman begins the penultimate chapter to Motherland, adding, “I want to understand.” But there’s a catch with which she follows up these simple declarative statements: “No family likes having a writer in their midst, says a close friend. With eleven books to her name, she knows this. No family ever says Yay. A writer.” I suspect, as Altman’s gorgeous new memoir makes clear, that many of us “want to know,” that we “want to understand,” but that we have been born into families or circumstances in which secrets and appearances and silences are held close to chest, like a tiny, broken bird that if everyone keeps quiet will heal. Perhaps this is why many of us become writers.

“I was a small baby,” Altman writes, “The family story: my mother didn’t know she was pregnant for six months. When her fingers swelled and she couldn’t get her favorite antique garnet ring off, her sixteen-year-old niece suggested she see a doctor.” Motherland lyrically, quietly, but relentlessly seeks out these secrets, trying to know, trying to understand. How a garnet ring signals impending birth. How a tube of lipstick helps a would-be star shine. How a daughter separates from her mother, comes back, leaves again, and comes to a place, ultimately, of better understanding.