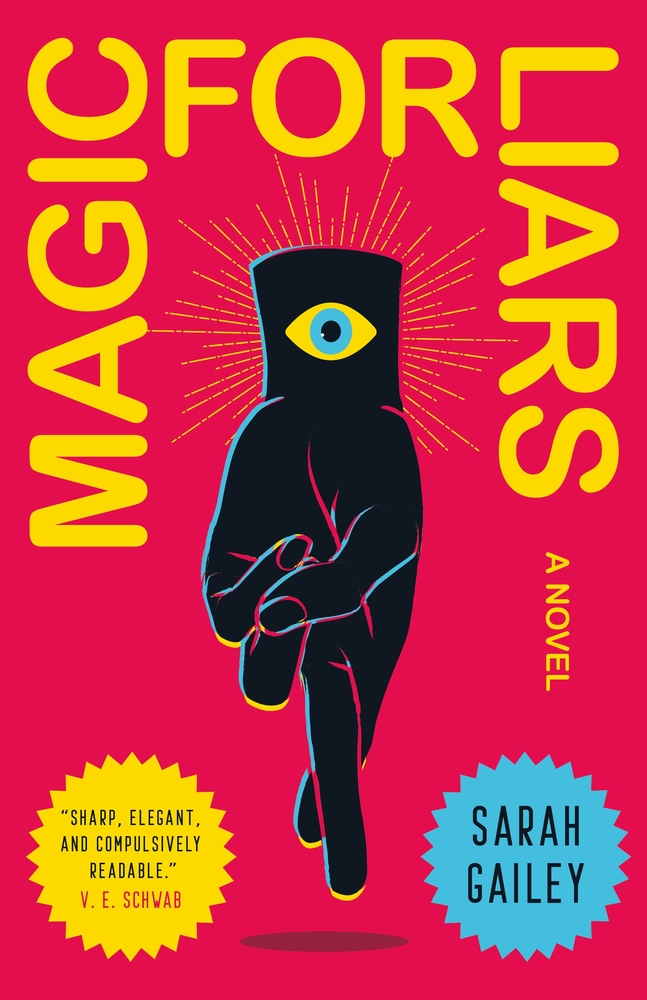 ‘Magic for Liars’ by Sarah Gailey

‘Magic for Liars’ by Sarah Gailey

Sarah Gailey’s Magic for Liars is a fantastical multi-genre detective novel. With protagonist Ivy Gamble, the reader gets a taste of how Jessica Jones might fit in at Hogwarts, and in fact, Gailey slyly references the most famous school of witchcraft and wizardry to locate their novel among its forebears. But Magic for Liars is not quite like other books about magic. For one thing, Ivy is an adult–a private investigator who works outside the world of magic and has, in fact, never been a part of it. The existence of magic itself is considered pretty nebulous in Ivy’s day to day life. She knows that it exists because her twin sister was discovered to be magical when they were children. They have since been estranged as Tabitha went to study magic and left Ivy to her normal, non-magical life and ailing mother. For fans of magical boarding schools as a genre, Magic for Liars seems to answer: What would have happened to Petunia Dursley if she were left behind and decided to become a private investigator instead of a nosy homemaker?

The answer is a painfully human protagonist, who struggles with alcohol and a simmering depression, as well as unresolved and lingering grief, barely articulated, from her mother’s death. When Ivy is tapped by the headmaster of the nearby wizarding boarding school, the Osthorne Academy of Young Mages, to investigate a grisly murder, it’s an offer she can’t refuse–and one that will bring the unspoken injuries of her past back to haunt her. It is Ivy’s first murder case, and, as a talented by under-utilized private investigator, she’s eager to take it. But her investigation at Osthorne will bring her back into Tabitha’s orbit, now with over a decade of silence and distance between them. Everyone at Osthorne is a suspect, and meeting your sister after fifteen years while investigating a murder doesn’t exactly bode well for a warm welcome.

Gailey relies on magic school tropes with a light and sly touch. There are enchanted love notes left in lockers, cliques of mean girls maintained by will and by spell-work, and slut-shaming graffiti scrawled in the hallways in un-eraseable ink. There’s even a prophesy of a Chosen One, a teenager with a destiny–though unlike Harry Potter, Gailey has readers observe this quest through the eyes of a jaded and frequently hungover thirty-something detective, a delightfully tongue-in-cheek switch up for any Potterhead. Magic in Magic for Liars is less wand-waving and more biology and physics, and Gailey even goes so far as to explain the mechanics of magical contraception, just one example of their skill as a storyteller crafting an intricate and fabulously detailed world. Queer themes are woven very subtly and neatly into the story–it’s a thing that is so normal as not to need to be overtly commented on.

More than anything else, though, Magic for Liars is a quietly emotional story. Readers will want to know whodunnit, but more than that, they want to know Ivy, and are invested in Ivy’s processing of her past with Tabitha, the way the sisters navigate jealousy, betrayal, estrangement, grief, and love. Magic, Ivy learns, can heal many things, sometimes neatly, and usually with a cost–but can the magic that tore her and her sister apart as teens help bring them back together again, or will it always keep them estranged?