Navigating the Launch of a Debut Novel: A Week in the Life of Jonathan Vatner

Navigating the Launch of a Debut Novel: A Week in the Life of Jonathan Vatner 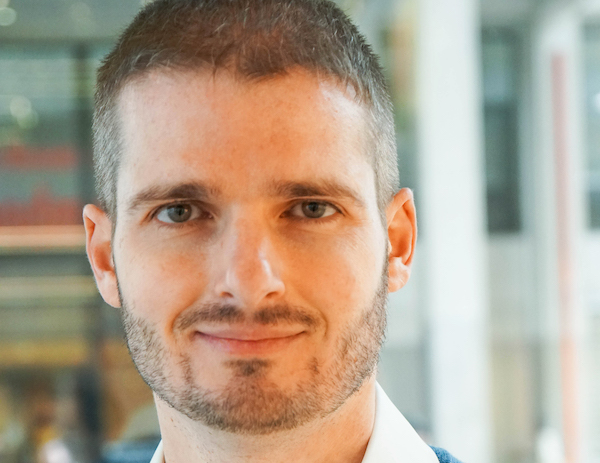 “When I sign the books, I write ridiculous, meaningless sentences like, ‘I hope you find a home in Carnegie Hill!’ I sign only my first name with a heart. It looks absurd.”

“The Banal and the Profane” is a monthly Lambda Literary column in which we lift the veil on both the writerly life and the publishing industry. In each installment, we ask a different LGBTQ writer, or LGBTQ person of interest in the book industry, to guide us through a week in their lives.

This month’s column comes to us from author Jonathan Vatner.

Jonathan Vatner is the author of the novel Carnegie Hill, which debuted on August 20, 2019 from Thomas Dunne Books/St. Martin’s Press. He is an award-winning journalist who has written for The New York Times; O, The Oprah Magazine; Poets & Writers; and many other publications. He has an MFA in creative writing from Sarah Lawrence College and a BA in cognitive neuroscience from Harvard University. He lives in Yonkers, N.Y., with his husband and cats.

My first novel, Carnegie Hill, drops in 13 days. It’s been almost two and a half years since I signed the book contract. I spent the first year in a panic, fearing the exposure. The second year, I became impatient with how long it was taking for this month to arrive. And now, the final days are moving so quickly, I’m not feeling much at all, at least during the day. My emotions, apparently, are nocturnal.

My goal in these last few months has been to write essays that might draw potential readers toward my novel. Today I’m finalizing a book review I wrote for the Los Angeles Review of Books. Although I’ve been a journalist for 17 years and an (unpublished) novelist for 20, it’s hard for me to write essays, because I’m not used to putting my opinions on the page. Writing journalism, at least the promotional stuff I do, is like piecing together a puzzle, and writing fiction is like meditating, at least for me. Both require thought, but neither demand that I refine my opinions until they are defensible.

But I get the review done and hop in the car to drive to Cape Cod, where I’m about to make the first author appearance of my life. 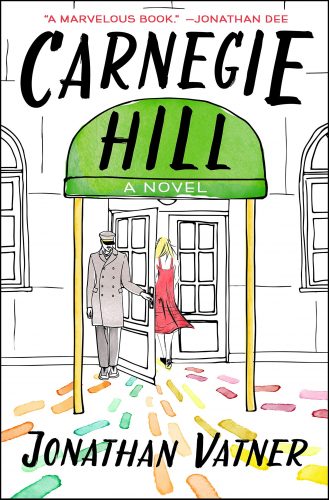 I racked up a grand total of two hours of sleep last night. There is no explanation for this. I had no anxiety about the author appearance; I enjoy public speaking. I simply was not tired. Twenty minutes after I finally fell asleep, a brief and potent thunderstorm jolted me awake.

Where the Sidewalk Ends bookstore in Chatham, Mass., has invited me to present my book with two other authors at a luncheon at the nearby Wequassett Resort, and St. Martin’s was able to get them books a few weeks before the release date.

The resort is as beautiful as it is expensive (I am not staying there: debut author budgets do not afford such extravagances). The curving walkways are lined with hydrangeas with extravagant panicles. Behind the restaurant where our luncheon will take place, a semicircular terrace looks out on a slim beach, a dock, and a scattering of sailboats and dinghies. The scene is like a Thomas Kinkade painting, unreal in its perfection.

I’m sandwiched in the lineup between novelists Chrishaunda Lee Perez and Zeyn Joukhadar. Each of us speaks for fifteen minutes. The bookseller, a friend from summer camp, advised us not to read from our books, because in her experience fewer people buy a book if they hear a sample. This disappoints me, because I took a two-day workshop with Performing Prose on giving a dynamic reading, a workshop I would recommend to all writers. Instead I talk about my first writing group at the Chatham library. I talk about working as a host at the nearby Impudent Oyster and my frequent pilgrimages to the kitchen to eat cheesecake. I talk about my novel, too.

When I sign the books, I write ridiculous, meaningless sentences like, “I hope you find a home in Carnegie Hill!” I sign only my first name with a heart. It looks absurd.

I am staying with my friend Michael in Provincetown and am constantly running into people from New York: a gentle friend from a former writing group, two artists who devote themselves to the male body, a friend from Jewish circles who recently moved to the Bay Area, an editor at The New York Times. This last friend is appalled that I have never been to the Dick Dock, the unofficial name for the part of the beach underneath the Boatslip where men hook up late at night. So at 1 a.m., we head down to the shore and pick our way along the colonnade of pilings that support the deck where tea dance is held. Men, blurred by the darkness, are getting off in small groups; others stroll from cluster to cluster, deciding. The smell of poppers wafts through the air, and the sounds of lapping water and lapping tongues are interrupted by whispered apologies. In adulthood, the fear of getting caught, that bugbear of adolescence—and especially gay adolescence—has become erotic.

I wake up on the early side after another night of inexplicably poor sleep and take a yoga class in a room packed with men, taught by a handsome and impossibly flexible instructor. Then I drive back from Provincetown, stopping just once for gas. On road trips with my husband, we stop every hour or two to eat or pee; when I drive alone, my bodily functions seem suspended.

My husband and I start the day with Coffee Party on our small balcony—the “party” is that we get time together. I drink hot coffee; he drinks cold brew that we purchase by the growler from a nearby café. We gaze out at the Hudson River and the Palisades, cliffs that glow orange in the morning light.

I spend much of the day playing Dragon Quest VI on my phone. My upcoming book launch is making me anxious—the uncertainty of sales and reviews is terrifying—and video games comfort me, always have. I like the feeling of succeeding at something, even if it’s not real. And it’s relaxing to leave the world behind, though come bedtime, my husband and I realize we haven’t really looked at each other for most of the day.

In the morning, a technician comes to install Fios in our apartment. The one thing I love about Optimum, our previous ISP, is that in order to cancel, one must speak to someone in the “retention department.” To my knowledge, no other department on earth is named after what the customer vehemently does not want.

Except for Coffee Party, my commute is the best part of my day. My husband and I used to live in Brooklyn, and to get to work I stood on a cramped Q train for 40 minutes while my fellow passengers ate smelly foods and sang to themselves and played games on their phones without turning off the sound and panhandled and delivered homophobic sermons. Sometimes people would fight. Once, on a crowded train, some guy (who seemed stoned) unzipped and urinated on the floor. I dropped a wadded paper towel just in time to soak up the trickle of urine headed for my shoe.

Last year, though, we moved to Yonkers, and I ride into Grand Central Terminal on the Metro-North, a comfortable, spacious commuter train. Then, if it’s not raining, I’ll walk the mile to the Fashion Institute of Technology, where I work as the staff writer on the college magazine. This is when I do most of my “reading”; today I’m listening to On Earth We’re Briefly Gorgeous by Ocean Vuong. Ocean reads the audiobook, and it’s like an endless poem, surprising and moving and, well, gorgeous.

I go out to lunch with my friend and fellow Sarah Lawrence MFA alum Christine Reilly, author of Sunday’s on the Phone to Monday. I don’t know if I’d have an agent, much less a book deal, if it weren’t for her. When I sought representation for previous books I wrote, I sent out dozens of queries to no avail. This time, Christine recommended me to her agent at the time, James Fitzgerald, and voila, he signed me.

We eat at Kazu Nori, a sleek, cramped counter that serves set menus of hand rolls. The seaweed is warm and crisp, the fish cool and sweet, and the wasabi is creamy, as if it’s been whipped. Christine’s new book is out on submission, which has to be the worst time of a writer’s life. If, after a few rounds of rejections from publishing houses, nobody bites, your manuscript is basically dead, at least if you want a decent advance. It’s worse, I think, than being rejected by agents, because the decision to give up on querying them must come down to the writer. On the other hand, if a book is rejected by all the relevant publishing houses, the agent gives up, even if the writer isn’t ready to.

But she’s in good spirits.

This morning, delivery men are installing two high-powered air conditioners; the downside of having a view of beautiful sunsets is that the setting sun turns the apartment into an oven. Unfortunately, both A/C units are faulty. The delivery men put them in anyway, but now I have to stay home another morning to get them replaced.

I manage not to let this bother me. But I wake up in the middle of the night, enraged.

Two friends from my residency this winter at Vermont Studio Center, Mika and Fulla, are in town, and I meet them for breakfast in Brooklyn. Two of Mika’s friends from the Sewanee Writer’s Conference, Julia and Brittany, have come too, and we commandeer a five-top at Rucola, a quaint Italian favorite in Boerum Hill. Most of us order scrambled eggs with broccoli rabe, and I drink two cups of coffee. We talk about our writing projects and our writing groups, and I show everyone a copy of Carnegie Hill, which goes on sale in six days. I’ve rushed to get here, and I’m about to rush off to work, but for this brief moment, I’m celebrating all that I’ve done to birth this novel into the world and everything that’s coming next.