On the Death of a Feminist Mentor: Remembering Ann Snitow

On the Death of a Feminist Mentor: Remembering Ann Snitow 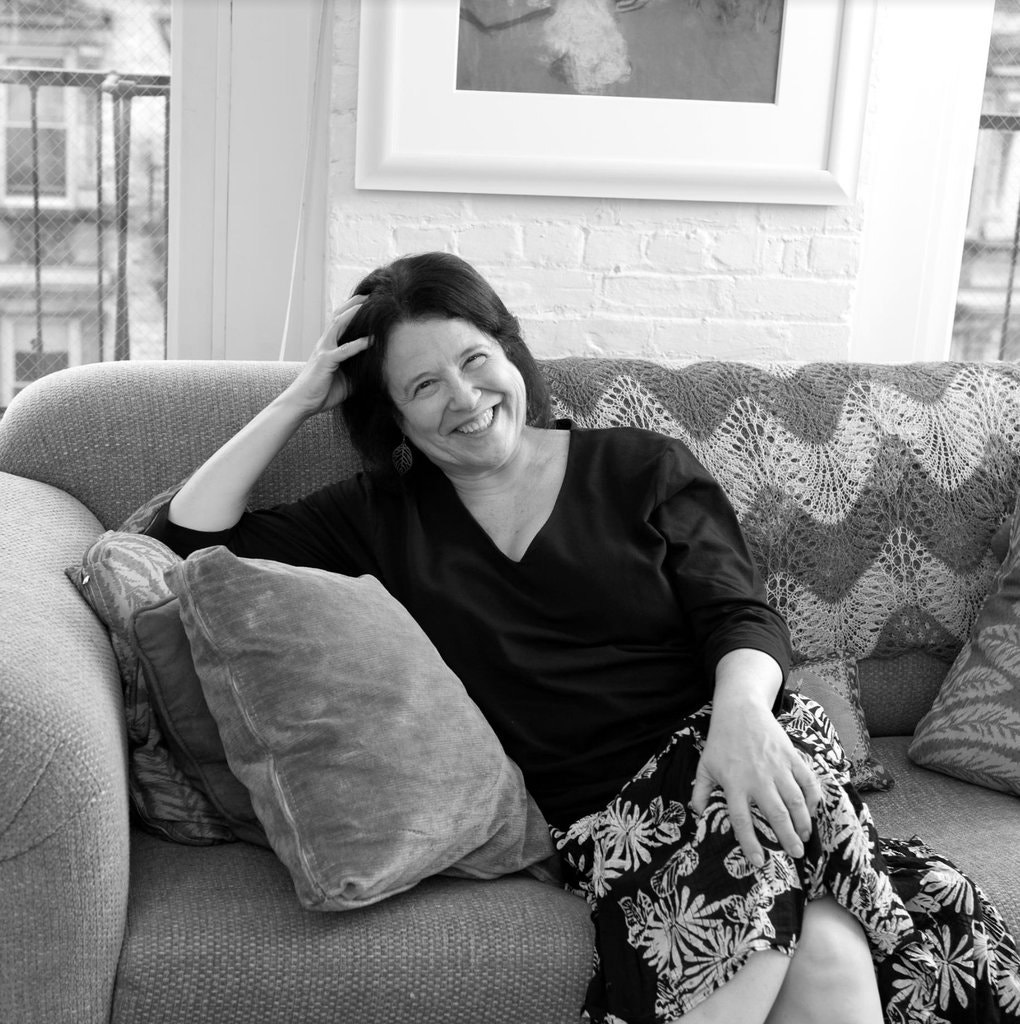 “Feminism offers a life of significance, as does work in any great social movement.” This quote from Ann Snitow, featured in her New York Times obituary, is exactly the philosophy that broke over me in her college literature class, “The Fiction of Men and Women,” awakening the self that slumbered Snow White-like under patriarchy. At nineteen and a student at the New School, I was afraid of feminism and I couldn’t have asked for a better initiator into the coven. Ann had a unique way of making one’s unconscious, inherited values conscious (“Nothing is natural!” she would often shout in debate), which made me realize that the reins of my life were in my own hands, and pushed me to take risks with those reins. A lifetime feminist activist, and a Gender Studies professor at the New School for over 30 years, Ann was a champion of so many students, myself included. It was as if she knew I was hiding out on planet esoteric, and she was having none of it. She insisted on becoming my college adviser and pushed me to take history, philosophy and political science classes.

She urged me to apply to be one of the two undergrads accepted at The New School for Social Research’s Democracy and Diversity Institute, and so I spent a bewildering and life-changing summer in Wrocław, Poland—a barely legal poet among international doctoral students—reading, arguing, drinking, feeling intimidated and getting over it, having sex and being jealous, and above all starting to realize how much there was to know. Ann intuitively understood that a robust intellect depends on experience as much as it does on theory.

When Occupy Wall Street was in full swing, she was an enthusiastic supporter and, despite being almost 70 at the time, insisted she was a night owl and would be happy to take what she referred to as “the night shift.” She lectured on the importance of occupying public space before launching into a story about how she once spent three months occupying a store front window, the purpose of which has been lost to my memory.

Ann read and provided honest feedback on everything I sent her long after I graduated, and schlepped to Brooklyn to see my plays, even when she was sick, asking me to send her the scripts afterwards. Having Ann on your side was like having an ocean wave at your back. Her last act of generosity and support was different only in size, not in kind. I was raising money for a theater festival last year. It was going poorly and I felt low and unsure of myself, stressed and convinced producing another play was terrible idea, when I received an email from her: “Oh Ella! I’m thrilled! Let’s make a combination. I’ll so happily give you $600—but in a personal check! That way we kill 2 birds. You come to see me and I get to avoid trying to figure out PayPal. Tell me some possible times. I’m home a lot because I have some quite serious cancer. It would be so wonderful to see you and to support these exciting plays. Much Love, Ann.”

When I showed up to her apartment that last time, she was a bit distraught. I was uncharacteristically a half hour late, so she’d had to take her morphine and was worried about becoming addled during our visit. “Time works differently when you’re dying” she said. It had never occurred to me, but of course, of course, to someone dying, the full measure of 30 minutes is exposed for what it is: moments cut away like precious slices of Serrano ham carved from the mounted hog’s leg of your life. I felt stupid and young, and bad at prioritizing people that I loved. Because I did love Ann, it was impossible not to. I watched her fuss over a missing vase for the tall sunflowers I brought her, which so reminded me of her. We searched through her cabinets. Then eventually she sat and directed me to ransack various cubbyholes of the apartment. I found several vases, but none of them were the tall, green glass one she was looking for. Every time I suggested we settle for an inferior vase, she said “It is just so elegant, it’s perfect for the flowers you brought. Keep looking.” I searched and searched, feeling increasingly panicky that I was spending my entire visit looking for a goddamn vase and not telling her how important she was to me. But maybe it’s always like that when someone is dying. The ham is being eaten, and there is never, never enough.

Because she was dying, Ann had some money to give away which was why she was able to contribute so much to my play. “My leftist friends are insisting I give it to the Democratic Party, but I say: screw that! I don’t want to! It’s not a lot of money and I’d rather give it to individuals who need it, who are making things.” She was very candid about her dying. She told me she felt ready, and that she would die at home. “My only regret is that I’m just so curious about what’s going to happen! It’s such a strange time, and so dynamic.” We talked until I saw her become tired, something I had never witnessed before. I believe I said something bumbling about how much she meant to me, and she said “This is not the last time we will see each other.” But it was, and I knew it would be.

Ann was a very humane radical, something I don’t think we see enough of. She believed in relationships as much as she believed in personal freedom—in fact I don’t think she believed in one without the other. Born on May 8, 1943, in New York City, Ann was seduced by the radical energy of the late 1960s, promptly leaving her doctoral program in English at the University of London and moving back to New York to become a dynamic movement leader. What is striking about Ann is that she stayed the course. She organized through the first backlash to feminism in the 70s, the porn wars, the second backlash in the late 80s, created a solidarity network of Eastern European feminists after the fall of the Berlin wall, organized in the anti-war movement of the early aughts, and built the Gender Studies department at the New School from the ground up— twice. She was dogged, but not dogmatic, and, as the title of her latest book of essays, A Feminism of Uncertainty, suggests, she embraced unresolvable tension. Because of this, Ann was able to think things through, which gave her quite a lot of pragmatic and moral consistency.

During that summer institute in Poland, on the first day of her feminism class, she breezed in with a box of condoms and passed them all out. We giggled like teenagers as we handed them down the line of desks. We were grownups after all, most of us with lovers or spouses at home, what did we need with these? Ann raised her eyebrows. “You’re laughing now. But mark my words by day five everyone starts having sex and abortion is illegal in this country. I don’t want anyone to have to be in that shitty situation. So take as many as you think you’ll need.” And she was right of course. Like clockwork, on the fifth day, the sex began, and ever the feminist professor, Ann was the only one to have connected the dots, even in 2009. To have safe sex meant that your mind would be relatively free from worry, and you could concentrate on the material at hand. 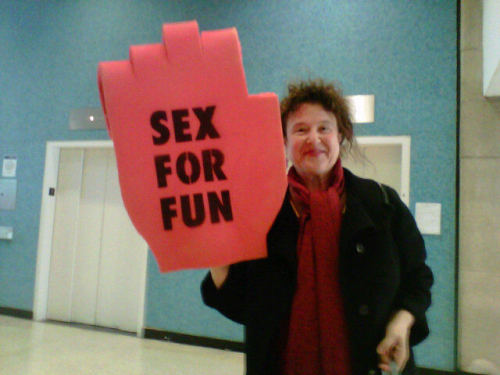 A good mentor is hard to find, and for women it is even harder. Ann knew this, which is why she mentored so many young women, it was part of her work. What was beautiful though, is that I believe what she gave was freely and joyfully given, it never seemed that she was acting under some larger obligation or duty. In the arts, it seems we are realizing that we have not paid enough attention to mentorship, and so it has become more formalized of late, focusing outwards on networking and introductions and how to get your work seen. This is an important aspect of mentorship, to be sure. But it was the introspective and spontaneous informality of my relationship with Ann that felt so rich. The knowledge that we were without a fixed destination point, and so were free to roam like billy goats.

Indeed, what I will most miss are those meandering, hours-long conversations with her. Like the best conversationalists, Ann’s genius was to make you feel like whatever you were saying was just as brilliant as what she was saying. Or if you were really making an ass of yourself, she gently reminded you of the depth of what was at stake when you argued about politics. Together you were exploring a vast expanse of the mind previously unknown. She fully occupied herself, insisting it was not foolish to go big, that we all had big questions inside us worth exploring. I always wanted to ask her if she had always been that way, or if it was indeed feminism that had cracked her open as it had done for me. There was nothing like being invited over to Ann’s house to see her standing in the doorway, waiting to accept me with a big bear hug and an “Oh, my darling Ella!” There was nothing like the anticipation of the moment she’d sit across from me, arranging her long legs, before saying, “Now tell me,” her eyes serious and head cocked to suggest that her question was of the utmost importance: “What are you thinking about these days?”

“Sex for Fun” photo via mikkipedia.net

April's Most Anticipated LGBTQIA+ Literature
Read This! Isobel Bess' Powerful Anyway I Saw a Light There
What I'm Reading