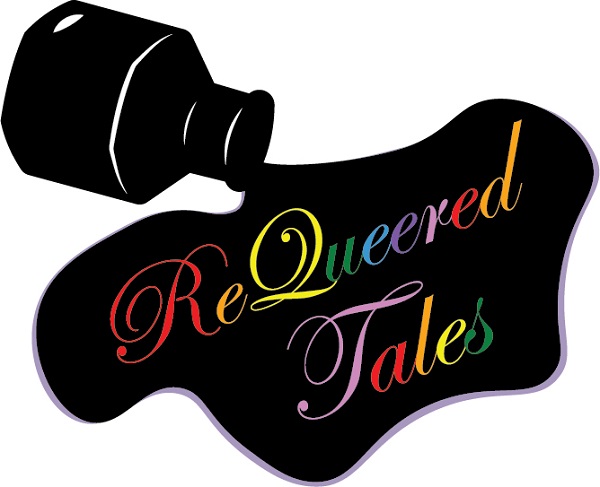 This year, gay mystery fans and good friends Justene Adamec, Alexander Inglis, and Matt Lubbers-Moore established a venture in LGBTQ publishing called ReQueered Tales. The press acquires the rights to notable gay and lesbian mystery, suspense, and horror fiction from 60s-90s in order to reissue and circulate titles in an e-book and print format, saving these works from obscurity.

Many of the mystery and suspense authors Adamec, Inglis, and Lubbers-Moore read through the years—writers whose storytelling reflected their own lives in an entertaining and engrossing way—are out-of-print and unavailable even as e-books. After brainstorming, they imagined that other readers like themselves were yearning to re-read these novels and that, with the proper exposure, new readers might discover and fall in love with these authors. Most importantly, they want to preserve LGBTQ literary heritage. “The gay community of authors is being drowned out by people who claim that they are speaking for us, instead of allowing gay authors to speak for ourselves,” Lubber-Moore says. Many writers and industry professionals agree that making room for #ownvoices writers is key to lasting change, and perhaps the marketplace is beginning to see the light: Joseph Hansen’s acclaimed Brandstetter series will be reissued by Soho Crime next year. Certainly, an encouraging start.

So far, the publishing team has let their instincts guide them about what authors’ works to pursue, landing on Jay B. Laws’s Steam, a horror-suspense novel, as their first release, followed by two of the first books in mysteries series, Lev Raphael’s Let’s Get Criminal and Grant Michaels’ A Body to Dye For. They’ve also taken on international writers with Edward O. Phillips of Canada and Jack Dickson of Scotland. Although their original concept was to publish exclusively mystery fiction, they’ve already expanded to literary fiction with Felice Picano’s Onyx coming out later this year. Recently, they acquired rights to works by Stan Leventhal, Brian Bouldrey, and Robert Ferro, all of which have been out of print for more than twenty years. As they evolve, they want to cultivate diverse list of authors. In particular, they’re looking for trans, lesbian, and queer crime writers of color.

Once the team decides on an author or a title, they have to do legwork to uncover the rights-holder. If the author isn’t alive, then it can be a challenge to find the individual, often a family member, who has inherited the rights. They’re aware that some rights-holders, unsupportive of their family member’s sexual identity or their writing, might hold onto the rights to bury them. To this point, their inquiries have been met with either a neutral no—many times because the rights-holders are already talking to another publisher—or an enthusiastic yes. “We haven’t had one negative family reaction yet,” says Lubbers-Moore, “and it’s been absolutely thrilling.”

After years of negative stereotypes of gay men in crime fiction, the first positive representations of gay people with agency emerged in the pulp novels of the 50s and 60s. Then, Joseph Hansen, a true innovator in the sub-genre, sold Fadeout in 1970. The novel did well, and it sparked interest in the sub-genre from mainstream publishing, eventually producing writers like Michael Nava, Mark Zubro, Richard Stevenson, and John Morgan Wilson. However, by the early 90s, mainstream publishers turned away from the gay and lesbian mystery. Chain bookstores began to integrate LGBTQ literature into the general fiction and mystery shelves, obscuring the titles from their primary audience. A surge of anti-gay sentiment during the 90s didn’t help either. Although online retail like Amazon can be a resource of niche genre readers now, it’s often difficult to sort the wheat from the chaff, or to even know if, in fact, you are reading an #ownvoices author.

“We are moving in the right direction in that we are seeing better quality gay authors,” Lubbers-Moore says, who recently judged the Best Gay Mystery for the Lambda Literary Awards. However, “we’re at a crossroads. We could … start to embrace the #ownvoices movement where we encourage mainstream publishers, indie publishers, and people who self-publish to get more gay voices out there, or we could just continue to let non-gay authors write our stories for us.” With the 50th anniversary of Stonewall and a gay presidential candidate for 2020, Lubbers-Moore hopes to see a positive trend continue until, well, it’s not a trend at all, but here to stay.

A Poem by Lisa Hiton
Allison Cobb Talks With Brian Teare on Plastic: an Autobiography
A Poem by James Cihlar