‘The Lie: A Memoir of Two Marriages, Catfishing & Coming Out’ by William Dameron

‘The Lie: A Memoir of Two Marriages, Catfishing & Coming Out’ by William Dameron 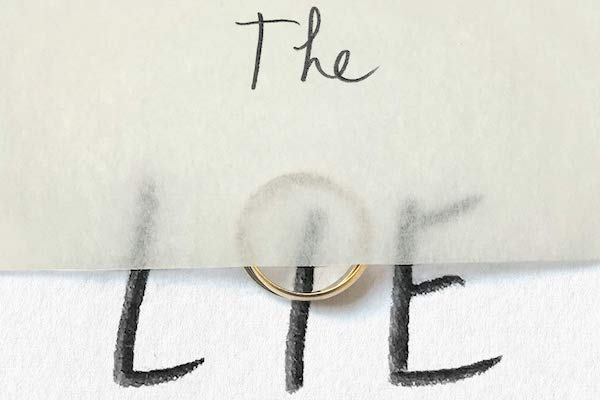 Catfishing—not trawling for literal catfish, but the act of luring someone into a relationship through a fake online persona—has been a mechanism for outing folks since the dawn of the digital age. In those days, AOL and gay.com and Adam4Adam chatrooms were full of profiles with fake pictures of the idealized self: the JCPenney model, or that charming football player featured in the local newspaper. But in his new memoir, The Lie: A Memoir of Two Marriages, Catfishing & Coming Out, William Dameron inverts the typical catfishing tale of woe.

The catfishing begins when Dameron, a hugely successful blogger and IT director specializing in social engineering and cybersecurity, suddenly begins receiving emails from women around the world. To some, he’s the president of a luxury property management company in Kentucky. To others, a car dealer in Boston; a consultant in Melbourne; or a Kmart shopper in Waterbury, Connecticut, with quite a few complaints to file on Yelp. In Berlin he’s Dieter Falk; in Sweden, Kalledsson. It turns out that Dameron had previously written an article titled “Loving My Selfie,” which had been accompanied by an author photo that was itself a handsome selfie—a selfie now being used to catfish women around the world. These women were contacting Dameron, who had to inform them, “I’m sorry, but the widower with whom you’ve been having a four-year online relationship does not exist.” This man, these men, were lies.

But the story actually begins much earlier: the real Dameron, as the book’s title suggests, had also lived a lie. For over twenty years, he was a gay man married to a woman. They had two daughters together and had moved from North Carolina to Virginia, and then to Massachusetts—where the lies began to unravel as they unpacked boxes of china and silverware, bed linens, and deeply buried shame. As he asks in the The Lie’s prologue, “What we put out into the universe comes back to us, but who can predict the amount of time it takes to make its return, or what form it will assume?” Who can, indeed.

The Lie—as both lies and truths do—jumps back and forth in time: from the present and presumed future of a blended family headed by two gay men; to a not-so-distant past of a tumultuous relationship with a wife in a house boxed of secrets reaching every ceiling; to a distant childhood of latent homophobia and internalized shame, living in the shadow of two brothers. It is in these far past segments where Dameron’s prose truly shines, with the awe of a child realizing himself, and the impossibility of that self. A child who never loses those demons, and turns to steroids and extreme working out in an attempt to:

I turned up the volume on my iPod and lay down on the bench. Each press burned like fire through my arms and chest, cauterizing the wounds, pushing that skinny, insecure kid down, telling him to be quiet, just shut the fuck up.

The Lie combines several tropes that might otherwise be cliché for the gay memoirist. It is, after all, a coming out story after years of family shame, tinged with addiction. On the surface, nothing new. But this isn’t your typical coming out story. It’s coming out much later in life, with children, with families to blend and houses to divide. The addiction is to steroids, a drug that has run havoc in the queer community but isn’t much written about (probably because it’s not a party drug). The family shame runs so deep here that it is a river that forks into several families across generations, from grandfather to granddaughter and everyone in between. And above all, as Augusten Burroughs notes, The Lie is “at once brutal and beautiful… layers of secrets and decades of deception in startling, vivid prose.” It’s a poem of a book that refuses, thankfully, to resolve.