‘Out of the Shadows: Reimagining Gay Men’s Lives’ by Walt Odets

‘Out of the Shadows: Reimagining Gay Men’s Lives’ by Walt Odets 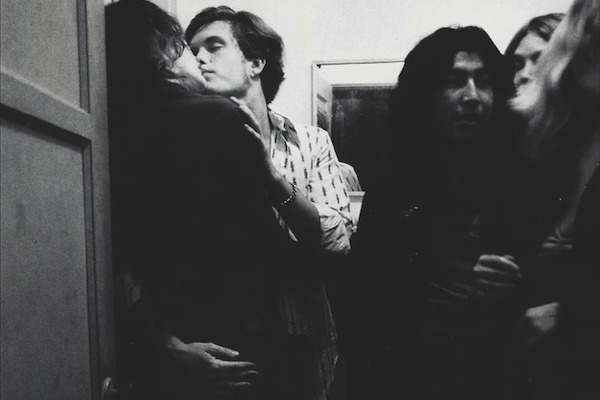 It’s been 24 years since the clinical psychologist Walt Odets published In the Shadow of the Epidemic: Being HIV-Negative in the Age of AIDS. In the interim, queer theory has called into question some of clinical psychology’s core assumptions. Theory would have it, for instance, that no one among us has an “authentic” self; that each of us necessarily has a variety of selves that we present in a variety of situations, and each self is in its way as authentic as the next. Theory and philosophy would further have it that there is no divide between the “inside” and the “outside,” the “internal” and the “external,” and therefore there’s no cozy place for the “self” to curl up inside each of us—just behind our eyes, say, or in our heads or hearts, our guts or souls.

Yet even queer theorists acknowledge that groups must coalesce around ideas of the self in order to affect political change; that though we have no tangible “identity”—because identity, like the self, is an abstraction—identity politics nevertheless remain as necessary as ever, particularly since many groups are still oppressed. Gay men, to name just one group, need identity politics to combat the shame and shade that’s thrown in our way from childhood bullying and straight through adulthood. These days that shade may in part come from headlines about other regions of the world where men are thrown off buildings or stoned to death because they’re gay. And these days, while we enjoy same-sex marriage in America, we still have hate crimes, and higher rates of suicidality among LGBTQ youth. And we still have HIV.

In his new book, Out of the Shadows: Reimagining Gay Men’s Lives, Odets speaks to that ongoing need, putting a lot of welcome emphasis on the ongoing—ongoing as in present-day, ongoing as in urgent. “It would be a huge exaggeration,” Odets argues,

to say that it’s easy to be gay in America. It is still not easy, unless one comes from the relatively rare insightful family, or one of a handful of educated, socially progressive enclaves. Today, young men often come out more readily […] but simply coming out is a poor predicator of the quality of the internal life that follows.

What follows, in Odets’s estimation, are often lives of isolation and “inauthenticity.” Young gay men, for example, may have Grindr, but they sit alone in cafes ignoring each other while engrossed in their cell phones. Older gay men who lost friends to the epidemic and who, prior to that, lost their families to homophobia, may sit at home, eating too much at best, or drinking and feeling hopeless in the worst-case scenarios. Odets wants to end the epidemic of isolation and unfulfilled lives and to those ends he employs a number of approaches: memoir, manifesto, social critique, and didactics about psychology with a therapeutic intent. These memoir aspects of the book include the personal case studies culled from just some of the many patients he’s treated in his thirty-plus years of clinical experience, all told in first person.

In this book, Odets can still work up as much passion about the ongoing HIV epidemic as he can about the ongoing fight for self-acceptance and authenticity, giving as much space to the trauma of HIV-related trauma as he does to childhood trauma. He outlines three distinct age groups among gay men: an older group, born before 1971, who were “directly exposed to levels of death, loss and trauma not usually experienced by younger men”; a middle group, born between 1972 and 1988, “who were the first gay men with no adult life or sexual experience before AIDS”; and a younger group, born in 1998 or later, who “have never known HIV as almost inevitably fatal.” The three groups sometimes hold each other at an arm’s length, and make faulty assumptions about each other, but one “common shared experience,” Odets writes, is “shame.” This may include shame about surviving while others died, shame about not always being able to adhere to The Condom Code, or shame about using PrEP.

That Odets goes to such depths about HIV is one heartbeat in a book full of heart. Reading it, I was reminded of a review of an AIDS-related film that appeared in The New York Times this year. “The AIDS crisis,” the review begins, “which will remain a global crisis until a definitive cure for the disease is found, is no longer at the foreground of our culture.” I think this is true statement about our culture—a rather heartless truth. It’s not however true of Odets.

Sometimes that heart can lead to sentimental passages. “He was a gay man,” reads one such passage, “and he wanted to love and be loved.” Sometimes that sentiment can expose what seem to be conflicts and contradictions; for example, while Odets is concerned that marriage politics is marginalizing “nonconformers,” his language often employs the word “family.” This is especially true in the last section of the book, which turns strictly to memoir. The section is called “The Life of Matthias Johnston,” and it recounts Odets’s friendship/love affair with a college friend, Matthias, and how that relationship grew to see Mathias largely shed the shackles of his childhood trauma and successfully partner with a third man, Hank, who, along with Mathias, became part of Odets’s “family.” Perhaps a little more attention to queer theory might have helped Odets think outside the box of “family,” which is part and parcel of the language of marriage. Nevertheless, Odets doles out advice which is for the larger part impressively sound and based on a wealth of research and experience.

Read This! Excerpt from A Pros and Cons List for Strong Feelings by Will Betke-Brunswick!
'We Have Always Been Here: A Queer Muslim Memoir' by Samra Habib
'Listening to the Dead' by George Seaton