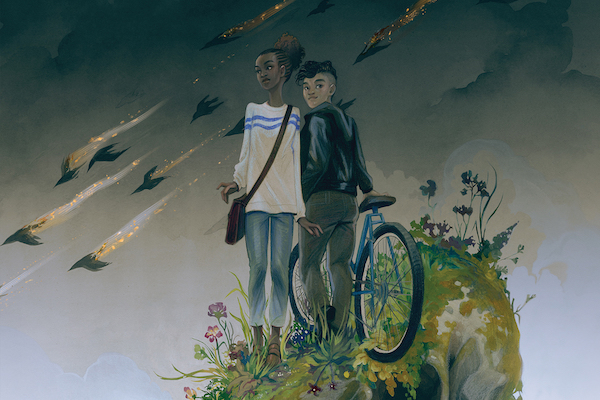 Carmen Maria Machado is making her comics debut! In The Low, Low Woods, written by Machado and illustrated by Dani, “a Pennsylvania mining town [is] afflicted by a mysterious plague that eats memories.” Christian Holub at Entertainment Weekly has more about the comic and Joe Hill’s new horror imprint at DC, which will publish it later this year.

You may know that Disney’s The Little Mermaid is being made into a live-action film… But did you know that Hans Christian Andersen, author of the original fairy tale, wrote it as “a ‘love letter’ to [his] male crush?” As Daniel Villarreal reports in LGBTQ Nation:

When Danish author Hans Christian Andersen wrote “The Little Mermaid” as a short fairy tale in 1837, he did so as a way to illustrate his failed attempt to woo a heterosexual man named Edvard Collin. Many biographers say that Andersen, who was attracted to both men and women, long pined for Collin even though Collin was of a higher class and disapproved of Andersen’s romantic overtures towards him and possibly one of his sisters.

While we’re at it, did you know we’ve already had our first lesbian First Lady in the White House? Gillian Brockell wrote about Rose Cleveland and the recently published book of letters between her and the love of her life, Precious and Adored: The Love Letters of Rose Cleveland and Evangeline Simpson Whipple, 1890–1918, for The Washington Post.

On the 100th anniversary of Iris Murdoch’s birth, Vintage Books in the UK is reissuing six of her key books. Garth Greenwell wrote the introduction to the new edition of her novel A Fairly Honourable Defeat, and you can read an excerpt over at The Paris Review. Greenwell sees it as “her gayest novel”:

Murdoch is famous for the plentiful and humane representation of lesbian and gay characters in her novels; but in none of her other novels is a same-sex relationship explored so deeply, and in no other is a marriage—and it is a marriage—between two men allowed to become the center of a moral world. This is a remarkable act of affirmation in a book published in 1970, just three years after the decriminalization of private homosexual acts in the United Kingdom; more remarkable still is that it remains, fifty years later, perhaps the most beautiful literary representation of a same-sex marriage I know. 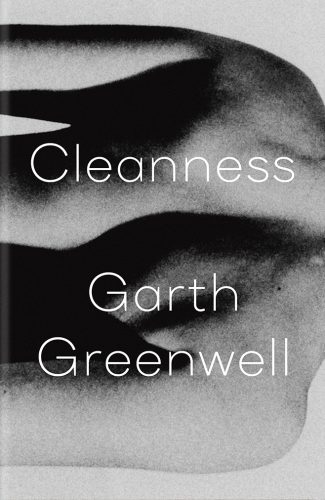 Greenwell’s own new book, Cleanness, is coming out in January from Farrar, Straus and Giroux. His editor (and FSG publisher) Mitzi Angel said that the new book, which shares a narrator with Greenwell’s previous novel What Belongs to You, “contains some of the most candid, evocative writing about physical intimacy I’ve ever read.” She and Greenwell recently spoke about writing and sex for FSG’s Work in Progress blog.

Greg Mania spoke with Kristen Arnett for Paper Magazine about her debut novel, Mostly Dead Things, which follows the story of “Jessa, a queer taxidermist who inherits her father’s business after his death.” They talked about writing humor alongside grief, Florida as an “endless buffet of inspiration,” and why it was important to Arnett for Jessa’s queerness to not be “part of the impetus of the plot”:

I am more interested — I would even say fully fascinated — in the day-to-day functions of how queerness works. In a household. How does queerness function in a job, interacting with friends, going to dinner, or getting drinks with a date? It is something that’s just embedded in our lives, and I wanted it to be fully embedded in the text this way.

Art historian, author, and professor Douglas Crimp passed away on July 5. He was 74. Rest in peace, Douglas.

Ryan McIlvain spoke with Samantha Allen for the Los Angeles Review of Books blog about how her book Real Queer America: LGBT Stories from Red States came about, and how she squares her feeling that “progress is happening and it’s happening everywhere, it’s happening now” with Trump’s presidency.

At Literary Hub, Jack Parlett delved into the “complex queer literary history” of Fire Island, which has played host over the years to Oscar Wilde, W.H. Auden, Christopher Isherwood, and more.

In The New York Times, Elisabeth Vincentelli profiled the playwright Michael R. Jackson, whose musical A Strange Loop has been extended at Playwrights Horizons in New York through July 28. 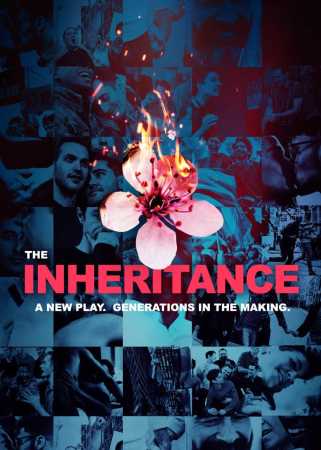 In other theater news, fans of E.M. Forster might want to check out Matthew Lopez’s play The Inheritance, a “reinvisioning” of Forster’s novel Howard’s End set in “21st-century New York, [and following] the interlinking lives of three generations of gay men searching for a community of their own—and a place to call home.” Michael Paulson at The New York Times has more on the play’s move to Broadway this fall following its Olivier Award-winning run in London.

And Playbill’s Olivia Clement reports that Jeremy O. Harris’s Slave Play is transferring to Broadway this fall, “for a limited 17-week run [marking] the Broadway debut for both playwright and director” Robert O’Hara.

Author Dale Peck penned a controversial essay for The New Republic criticizing gay presidential candidate Pete Buttigeig, causing an online backlash which led to the magazine’s removal of the piece.

John Waters spoke with E. Alex Jung for Vulture about his new memoir, Mr. Know-It-All: The Tarnished Wisdom of a Filth Elder, as well as “Anna Wintour, staying youthful, and why Trump ruined camp.”

Allen Glaser, Tab Hunter’s longtime partner, has joined the production team of Tab & Tony, the Hunter biopic from producers Zachary Quinto and J.J. Abrams, reports Christopher Rudolph at Logo. Doug Wright—whose play I Am My Own Wife won both a Tony and a Pulitzer—is writing the screenplay, and Glaser said he was impressed by how “he totally captured Tab […] his voice, his mannerisms, his outlook on life.”

Writer and “self-described ‘sit-down comic’” Faye Jacobs has a new show which she’s performing up and down the East Coast, Aging Gracelessly: 50 Shades of Fay. The Advocate’s Diane Anderson-Minshall spoke with her about it.

The Atlantic’s Jim Downs profiled Craig Rodwell, who opened the world’s first gay bookstore—which helped birth the victories of Stonewall—two years before the riots happened. Stonewall veteran Jay Toole spoke with Naomi Gordon-Loebl for The Nation about how her “life has changed since the riots—and how it hasn’t.” And John Rechy spoke with Los Angeles Magazine’s Jason McGahan about “LA’s oft-forgotten gay uprising” in 1958, and “why he still bristles at the term post-Stonewall.”

The Women's March, 'Devil Wears Prada: The Musical', and Other LGBT News
August's Most Anticipated LGBTQ Literature
A Poem by Kay Gabriel