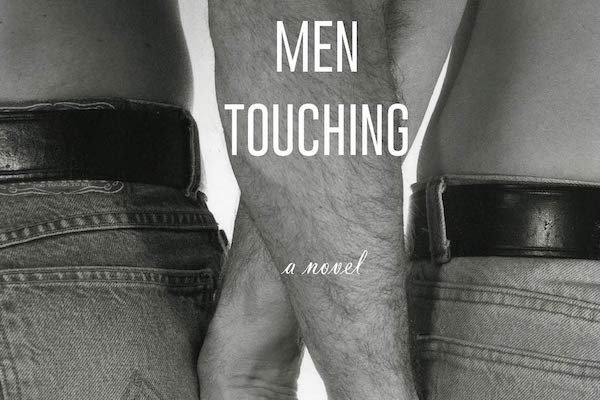 So many things make up a successfully written novel—two of the most important being plot and character. Henry Alley masters both in his latest novel, Men Touching, but it’s his characters, both three-dimensional and subtly nuanced, that drive the narrative with their convincing faults and merits. This is the story of a flawed protagonist—one that’s so human and so relatable that you never stop pulling for him, even when he seems to give up on himself and in turn, those he loves.

Robb is a divorced Vietnam veteran living the life of a supposedly liberated gay man in the city of Seattle. As the book opens, he is a man in love with the beauty of men—a near obsession with the surface. He may seem to be that emancipated gay man of the mid-1980s, but he’s fighting some personal demons, such as an Ativan habit he’s ended up with due to anxiety and PTSD stemming from an incident that sent him home soon after joining the war. When he attempts to quit, he discovers he’s more in the grips of addiction than he realized, and the battle is far from over. In Robb, Alley paints a harrowing and authentic picture of substance abuse and the damage it does to an individual and those who love him. This fight with addiction reveals a serious battle for Robb’s mental health and as a reader, you’re often left wondering if he’ll ever emerge whole.

Surrounding Robb and fighting in his corner are his ex-wife, teenage step-daughter, and sister, but their love and commitment are sorely tested by Robb and his actions. Also on his side, but with his loyalty sorely tested, is Robb’s partner Bart, a high school drama teacher dealing with the loss of a dear friend to the early AIDS crisis. As with much of Alley’s work, AIDS isn’t the main theme, but because of the period in which the novel takes place, it is introduced and written about with great thought and sensitivity. It is almost another character, ringing as true as any of the characters in this piece. This is the real genius in Alley’s work—his beautifully drawn characters. You feel you know them; their motives, their attributes, their flaws all touch you deeply. Alley may be at his best when writing of gay men of a certain age, but gay or straight, he understands the human heart and what drives a person to love. He demonstrates this in this work, as well as others, writing of a gay male character’s initial relationships with women. Robb’s relationship with his ex-wife is complex and weaves in and out of his current life and partnership with Bart in ways both subtle and complex, making for a unique dynamic between the two men.

It could be said that Men Touching is a story of redemption, but it’s so much more. It’s a story of a gay man’s struggle with his identity as well as the ghosts of his past. It’s also the story of a veteran and the complex mental health issues that face the men and women returning from war. And, not least, it’s a brilliant look at the disease of addiction, and mental health in general. Alley has a firm grasp on the realities of these conditions. In the end, though, it’s something else—it’s a love story, and an unpredictable and unexpected one. Nothing comes easy for the main character: I was often on the edge of my seat, and found myself cursing his decisions and choices, as well as his fate, but I never stopped rooting for him. This is a book that will pull you into its world and the lives of the people in it. You’ll be sorry to see them go by its end, and if you’re new to this author’s work, you will now be an admirer of it.