‘The Drama of Celebrity’ by Sharon Marcus

‘The Drama of Celebrity’ by Sharon Marcus 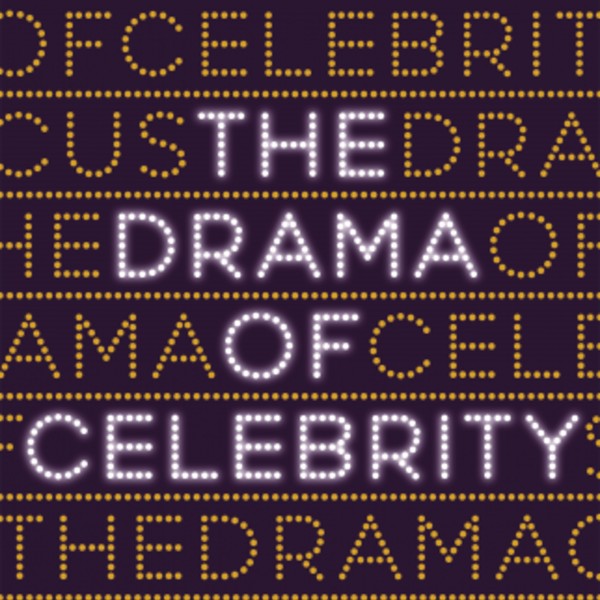 “Celebrity culture, whether A-list or Z-list, Bollywood or Hollywood,” Sharon Marcus concludes, “consists of interactions between celebrities, media, and the publics. Each of these groups is too internally varied and has too much force for anyone to say in advance whose vision will prevail.” Using this formula to stake claims on celebrity culture from Oscar Wilde to Lady Gaga, Marcus provides celebrity studies, especially those of a queer theoretical bent, with a much needed intervention: an attention to intersectionality that has heretofore been missing from the field.

Since the advent of sociology in the late nineteenth century and the turn to cultural studies in the late twentieth, scholars have, depending on their various theoretical commitments, from New Criticism to Marxism, given priority to one component of Marcus’s star-making machine. “The notion that the media determines celebrity,” Marcus explains, has been especially popular since 1961, when cultural historian Daniel Boorstin declared, ‘The here created himself; the celebrity is created by the media.’” Celebrity itself might be more egalitarian if we prioritize the public’s role in the triad, “as Raymond Williams and Stuart Hall argued for popular culture’s utopian, redemptive potential.” Or celebrity might merely be the ultimate act in one’s own ability to manipulate both media and publics, such as “The Romantic cult of (self-)genius that… led to the fin de siècle worship of personality exemplified by Oscar Wilde.” But ultimately, “celebrity culture is a drama involving three equally powerful groups: media producers, members of the public, and celebrities themselves.” All three groups, Marcus successfully shows, vie for power, align and re-align with one another, and ultimately, make, or fail to produce, stars. Ultimately, Marcus might say, the formula for celebrity is a drama in and of itself.

Nineteenth century French star turned worldwide, bisexual ingénue Sarah Bernhardt is at the center of Marcus’s study, serving as the through line through which Marcus invites us to explore celebrity of the past to the very recent present—Bernhardt serves, in Marcus’s able hands, as a blueprint of stardom for celebrities as various as Lady Gaga, the Beatles, and Donald Trump. “In the nineteenth century,” Marcus argues, “the ease with which publics and the press could compare actors helped to define acting as a worthy activity and actors as meritorious figures.” The invention of the nineteenth century press as a global network through which to both make and keep celebrity status certainly serves a precedent to forms more familiar to the contemporary reader, such as Twitter, Instagram, and YouTube. If there is a problem with Marcus’s careful, thoughtful, thorough study—and I am hard pressed to find one—it is a trap all of us trained in certain literary or cultural periods fall into: an over-reach of claims for one’s own specific period. “Modern celebrity culture began not with Hollywood, nor with the Internet, but in the eighteenth century, when the modern meanings of the words ‘celebrity’ and ‘star’ first became widespread.” This is quite a claim to make, and my early modernist scholar friends, many of whom study the “celebrity” of Shakespeare to London’s star culture in the Renaissance, might take issue with. But then again, all of us inevitably fall into this trap. I make claims on celebrity culture based on the rise of Britney Spears in the digital age specifically. Eve Kosofsky Sedgwick laid claim to male homosociality in her classic study of Victorian literature and culture. If Marcus is faulted here, she is in the very least in good company. We are all devoted to the periods we’ve devoted ourselves to.

And Marcus’s great achievement here is that she leads us on a journey of understanding celebrity and stardom with a richer history than we are often want to take. She carefully mines the archives of nineteenth scrapbooks and libraries, theater reviews and newsletters to help us understand that celebrity culture itself helps move a society forward: “the drama of celebrity enables its participants to elude social constraints and defy social norms, and outliers such as Oscar Wilde, Muhammad Ali, and Lady Gaga become stars.” Often when those participants elude social constraints, those constraints become stretched for everyone, from gay marriage to the legalization of marijuana, a redeeming quality for praising celebrity culture if there ever was one. The Drama of Celebrity offers an exhaustive analysis, typical of good cultural studies work, of Sarah Bernhardt’s relationship to the media, the public, and her own stardom. But more than that, Marcus offers us an intersectional understanding of celebrity itself, a wisdom we can use as we prepare for 2020 perhaps more than ever.