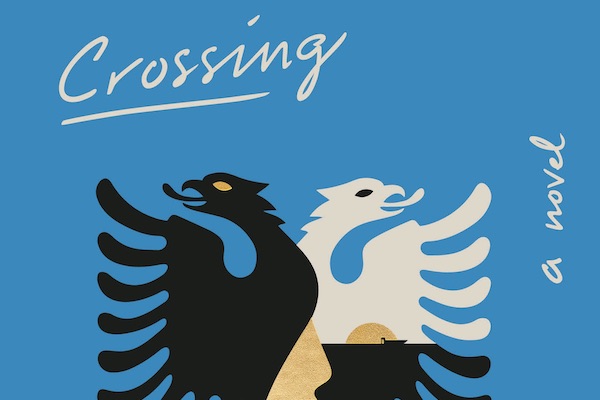 The line of history and legend blends easily the further away one gets from the event or the era of the figure. Historical figures begin to take on mythical and messianic reputations to the point where they often cease to seem like they were once ordinary men and women. It’s also with the adage of time that the perceptions and reactions to these historical events and figures adapt and take new meaning with sociopolitical paradigm shifts, turning heroic figures into figures of derision, or vice versa. It’s through these cultural shifts that it becomes clear that the nature of story, identity, and legend becomes a reflection of the present more than a representation of some bygone era.

In Pajtim Statovci’s newest novel, Crossing, the reader follows two teenagers in Albania across the ’90s and early 2000s. The nation is going through some heavy changes with the fall of the Iron Curtain and the loss of its Communist head of state, Enver Hoxha. The story follows Bujar, who has lost his father from cancer and is watching his family fall apart, and Agim, Bujar’s best friend who is starting to come into their identity as a transwoman. Together, the story follows Bujar and Agim as they leave their old lives behind and try to make a new one however they can, moving from city to city, country to country, and from identity to identity. Both characters undergo massive changes, rejecting their original names and nationalities to become what they think the world will want of them and what they feel is the best versions of themselves to present to the world.

Statovci, whose family fled Kosovo to Finland to escape the Yugoslav Wars, imbues both Bujar and Agim with the sense of survival and strength that comes from living in Eastern Europe in the late 20th century. Both characters are relatable as they deal with a difficult sociopolitical climate, but still carry some universal challenges themselves. Like most teenagers, both struggle with their sense of identity and purpose, but grow up much faster as they lose any stability or foundations in their previous lives. They’re forced to deal with the culture shock that comes from moving to nations like Italy and Germany, and how they have to grapple with their sexuality and gender identity across different cultural divides.

Despite how grim and challenging the situation is, the story never gets lost in the misery of the environment. The characters are able to find peaceful moments despite the constant challenges they face, and while most of these moments are fleeting, the novel’s tone never makes it appear like it will always go wrong or be too miserable for them. There’s always a way for Bujar and Agim to gain something from their situation, and it’s nice that the story refuses to completely give in to despair, despite how easily it could fall into such an abyss.

The characters also recount various folk legends and myths of their nation throughout the book, and this helps make their own story seem like more of a legend. From stories about burying a woman alive to keep a fortress wall from collapsing to a story about a feud between two families, these help the reader understand how these stories could shape Albania and feature into the story of our protagonists. When Bujar and Agim remember these tales, not only is it a tie to their cultural and national identity (despite how much Agim wishes to no longer identify as Albanian), but it also makes their story seem more like a legend, akin to a hero’s journey. There’s a nomadic feel to their travels, there are difficult obstacles along the way, and the characters continually develop in a natural arc based on their trials. By the end of the story, the reader will see that the characters at the start are not the ones at the end and are left to wonder what this will mean for them going forward.

Overall, Crossing is a very emotional and intense read, full of relatable characters and a loving, but critical, tribute to Albanian culture. While it can be distracting at times with its mystery of who the narrator is and that some of the vignettes are at times too similar to previous ones, Statovci’s novel is a page-turner with serious emotional investment. There’s a constant sense of danger and uncertainty, both from the situation of Albania after the fall of Communism and from the nomadic lifestyle of Bujar and Agim, but there’s always a glimmer of hope that the protagonists can find some relief and certainty in the world, and as time has shown, there’s always a chance that the challenges of life can become less painful as time passes.

Detransition, Baby is a Deliciously Femme Queer Drama
'Growing Up Delicious' by Marianne Banks
Read This! The Third Issue of ‘Nepantla: A Journal Dedicated to Queer Poets of Color’