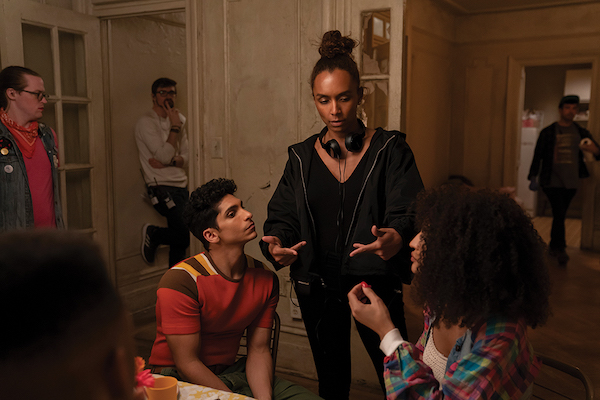 Janet Mock has signed a deal with Netflix for “exclusive rights to her TV series and a first-look option on feature film projects,” Matt Donnelly reports at Variety. Donnelly notes that the “three-year multimillion-dollar” deal makes Mock “the first out transgender woman empowered to call the creative shots at a major content company.” But don’t worry: the deal allows for Mock to continue working as a writer-director on Ryan Murphy’s Pose, even though it’s on FX.

For more on Mock’s work with Murphy, check out Jude Dry’s piece on the “reigning king of queer Hollywood” and his “showrunning as advocacy” over at IndieWire.

Out’s Rose Dommu reports that Greta Gerwig’s upcoming adaptation of Little Women—which has an incredible cast, with Saoirse Ronan as Jo March, “Emma Watson, Florence Pugh, and Eliza Scanlen as her sisters, Laura Dern as Marmie, Meryl Streep as Aunt March, and Call Me By Your Name heartthrob Timothée Chalamet as Laurie—”will allegedly explore the original novel’s queer subtext.” It’ll be in theaters this December, but in the meantime, Vanity Fair’s Sonia Saraiya has a first look with photos.

Barbara Smith, the recipient of Lambda Literary’s 2019 Publishing Professional Award, reflected on “why she left the mainstream queer rights movement” for The New York Times.

And on the 50th anniversary of Stonewall, Edmund White wrote about what it was like to be there for The Guardian. 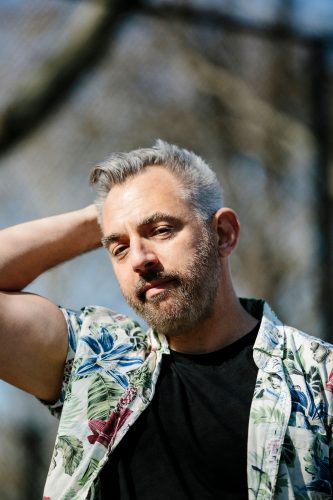 Mike Albo spoke with Tim Murphy for HuffPost about the “inspiration, as well as the research that went into” his new novel, Correspondents, “including a look into his ancestry and the struggles of immigrants then and now.” Murphy told Albo:

I think of [Correspondents] as a real 2000s book. I started writing the book before Trump was elected. Then he was elected, and everything he was saying played so much into the book and these themes about immigration and refugees and the idea that the United States is supposed to be a safe harbor.

Ocean Vuong recently appeared on Late Night with Seth Myers to talk about his new novel, On Earth We’re Briefly Gorgeous. He told Myers that because of his noisy roommates, he wrote the novel in his closet. “As a gay writer,” he said, “the irony is not lost on me. But I thought, I’m going to go in there, and I’m going to reclaim that place.”

The Broadway revival of Angels in America is now available as an audiobook, with stars Andrew Garfield and Nathan Lane, as well as most of the rest of the cast, reprising their roles. Jerry Portwood at Rolling Stone caught up with Angels playwright Tony Kushner to talk about how the new audio adaptation came about, “as well as the progress LGBTQ people have made since the Stonewall uprising 50 years ago and why he’s rewriting his first play, A Bright Room Called Day, that warns how Reagan’s counter-revolution would lead to the type of fascism we’re seeing in American politics today.”

In other TV news, Joe Otterson at Variety has the scoop that “FX is in early development on a series based on Akwaeke Emezi’s debut novel, Freshwater.

For the B&N Teen Blog, Dahlia Adler spoke with 14 YA authors—including recent Lammy winner Kacen Callender—about the “queer books that changed their lives.” The list is a great mix of titles, with “some of queer YA’s fore bearers as well as some universal classics, and even titles that released as recently as this past month.”

Comics fans might want to check out Samantha Puc’s interview with Howard Cruse over at The Beat. Puc spoke with the founding editor of Gay Comix about “the history of queer comics, the strides the industry has taken since he came up in the underground comics scene in the early ’70s, and how his career changed as he embraced his identity as a gay man.” And after that, head over to The Comics Journal where Alex Dueben spoke with Lambda’s own William Johnson about comics’ importance to the queer literary landscape. 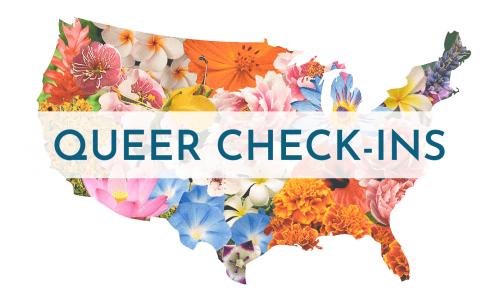 Have you checked out Queer Check-Ins yet? If not, head over to the Smithsonian Asian Pacific American Center’s site for the “set of video poems, curated by Franny Choi, [in which] 12 queer Asian and Pacific Islander diasporic poets check in and give us glimpses of queer life—okay, not okay, and in between.”

Lili Anolik has constructed a “secret oral history of Bennington” in the 1980s, the culture of which—”arty, louche, and expensive”—provided the spark for a lot of the work of literary alumni such as Bret Easton Ellis, Jonathan Lethem, and Donna Tartt, among others.

Julia Richards, a student at Cambridge University, discovered a lost love poem by the poet Sigfried Sassoon. David Reddish at Queerty reports that the poem was “written in 1925 about a night together with [Sassoon’s boyfriend Glen Byam] Shaw and how much Sassoon missed him,” and that “Sassoon biographer Jean Moorcroft Wilson claims the poem has remained totally unknown up until now.”

And if you need more LGBTQ books to add to your reading list to keep you going after all the festivities of Pride Month, check out Elena Nicolaou’s list of 35 outstanding LGBTQ+ books of 2019,  Vogue writer Liam Freeman’s portfolio compiling the “figureheads of the LGBTQIA+ community” favorite works of literature, or head over to The Oprah Magazine, where Michelle Hart asked 50 queer authors to share “the best LGBTQ books of all time.”

'Conflict Is Not Abuse: Overstating Harm, Community Responsibility, and the Duty of Repair' by Sarah...
Mo’Nique to Star in Film Adaptation of Larry Duplechan's novel ‘Blackbird’
William Burroughs' "Word/Image novel" to be published by Fantagraphics