The Genius of Kevin Killian

The Genius of Kevin Killian 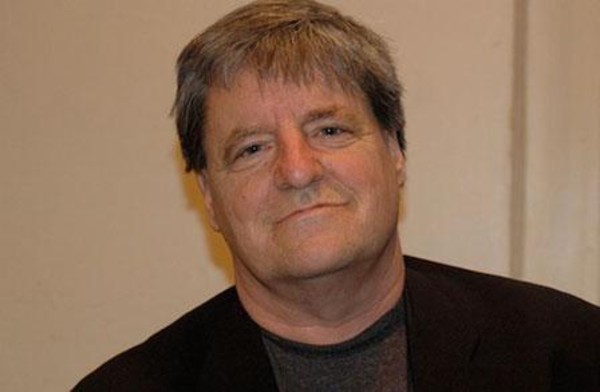 In Mario Bava’s 1961 film Hercules and the Haunted World, former Mr. Universe Reg Park braves the Underworld to save his beloved Princess Deianira from a catatonic trance. The film is a surreal Technicolor kaleidoscope, bursting with blood red skies and a terrifying Oracle bathed in shadowy red and green light. It’s full of scenes of Reg Park as Hercules throwing giant paper maché boulders while yelling, “Zeus, guide my hand!”

The film is on my mind right now because like everyone else, I’m heartbroken by the sudden loss of Kevin Killian. His love of Italian horror and seeing Hercules at a Bava retrospective with Kevin and Dodie is a sharp, early memory.

I met Kevin Killian in 1997 when I was Dodie Bellamy’s student assistant at Small Press Traffic and later a student in her summer prose workshop. Kevin would often co-star with Dodie in the workshop, offering feedback; other times, he’d drop in and read a work-in-progress of his own, as if we were all on the same level. This was so typical of him: here was this artist, a literary star, hanging out and reading his work in a very regular, non-hierarchical way. Those were amazing nights, huddled on Dodie and Kevin’s couch surrounded by their overflowing bookshelves, drinking tea and feeling very involved in something.

What a gift it was being treated to he and Dodie as a magical duo. When I think about Kevin I also think about Dodie. They live in my mind as a unit. I think about the two of them as a couple in the world and how wonderful to see these two brilliant, sexy artists in this loving, unconventional partnership.

Kevin Killian was a beloved poet, art star, prolific novelist, Amazon reviewer, and one of the founders of New Narrative movement, just to list a few of the millions of things he did, but listing his accomplishments can’t really explain who he was. He was unquantifiable. He was a genius, but in an unlike-most-geniuses way he was a warm, caring, and grounded human being whose generosity can’t be overstated. He made everyone around him feel special and seen.

The internet this week is a sea of memories of Kevin and one of the common through lines in everyone’s writing is “Kevin was a supporter of my work.” And he was! He supported the work of so many of us in the most genuine way. He somehow managed to be a discerning arbiter of culture and an authentic friend and mentor to a new guard of poets and artists. He taught us how to be part of a community. He was too wry to ever be petty. When someone did something insufferable he’d undermine it with wit, very Myrna Loy in The Thin Man.

Something I love right now is the adulation bestowed on Kevin by a younger crop of poets, the editors of the journal Vetch come to mind, among dozens of others. I think this shows the breadth of Kevin’s work–to have a fan base that spans so many generations; that has only continued to grow.

Two weeks ago my husband Maxe Crandall and I put on one of Kevin’s Poets Theater plays as a celebration of his new collection Stage Fright. Kevin starred in it, of course, he and the poet Randall Mann played father and son gay eye candy. The cast felt so connected and familial, and Kevin was so ebullient and devoted to the event, like he was with everything. Maxe introduced Kevin, appropriately calling him “The Great Gay God Kevin Killian.”

There are more amazing things about Kevin than I can tell you, and the more memories I write and delete the more maudlin I feel, so I’ll just end with this paragraph from the last email I got from Kevin:

Sometimes I think I’m the luckiest boy in the world, I don’t know how, but I surrounded myself with genius, and pleasure, and doing in life whatever I wanted to do.  In radiation treatment, they said I could listen to whatever music I wanted, and the first thing I heard was Kylie Minogue.

Diana Cage's most recent books include MindBlowing Sex: A Woman's Guide (Seal, 2012) and the forthcoming Lesbian Sex Bible (Quiver 2014). She lives in Brooklyn and teaches writing at Pratt Institute