‘Indecent Advances: A Hidden History of True Crime and Prejudice Before Stonewall’ by James Polchin

‘Indecent Advances: A Hidden History of True Crime and Prejudice Before Stonewall’ by James Polchin 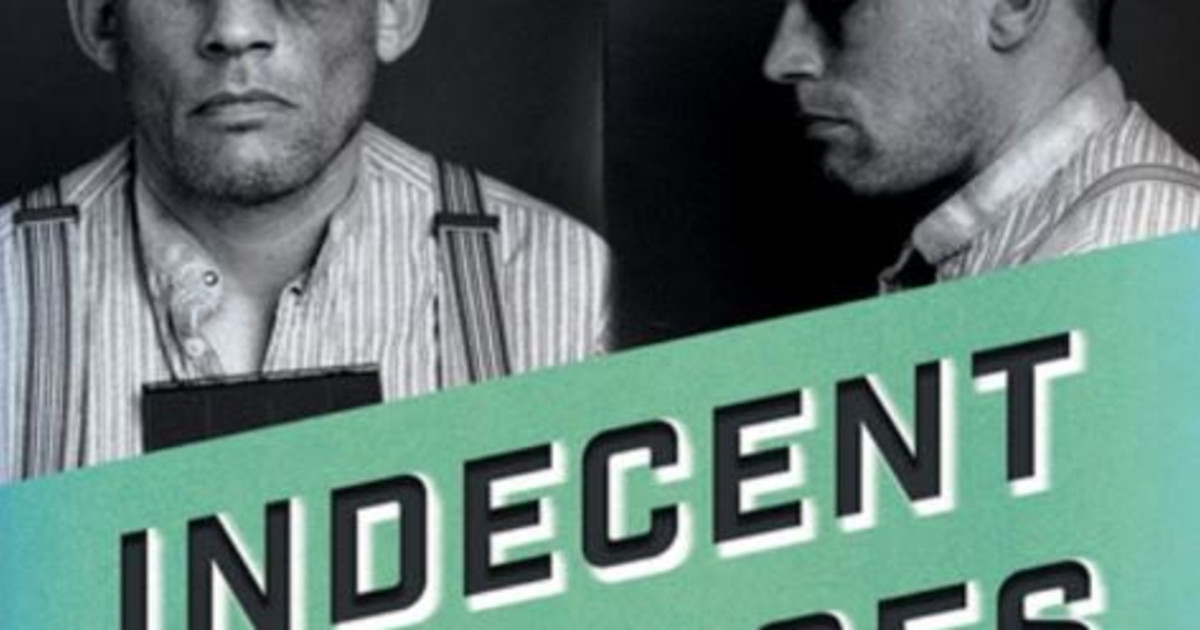 James Polchin’s Indecent Advances: A Hidden History of True Crime and Prejudice Before Stonewall, excavates garish true crime headlines to reveal the forgotten murders of gay men. In pursuing these trails and trials of blood and ink, Polchin exposes American society’s exploitative misunderstanding of gay men, as well as the initial cultural shifts that fueled the revolution that was Stonewall.

One tragic story after another charts reportage of a shocking crime transmogrified into sympathy if not outright support for the perpetrators -once the victim’s sexuality becomes decoded. Killers are “cherubic cowboys” provoked by the supposed shock of a homosexual advance. Unasked at the time, over and over: why relative strangers would meet in hotel rooms for reasons other than sex. Within Indecent Advances, we witness the birth of the “gay panic” defense. Though this hideous justification has been degraded as visibility and legal rights in the U.S. have been asserted, “gay panic” is still successfully deployed by defense attorneys to excuse the murder of gay men (Texas, 2018). Such crimes often led to pogroms by the press and local officials, as seen in the brutal murders of William Simpson in Miami, 1954, and Fernando Rios in New Orleans, in 1958. While Simpson’s killers were pardoned in the newspapers but found guilty of manslaughter (a lesser crime) in court and both served time, Rios’ murderers were not only acquitted, but rewarded with uproarious applause. Both communities reacted by expunging its gay citizens with every legal means at their disposal.

Viewing gay history through the lens of crime, Polchin re-orders mid-century events and history-makers in startling ways: Walt Whitman’s horrific beating by a trick in a hotel room becomes another link in this traumatic chain of assault. Chicago gay murderers Leopold and Loeb, the source for Hitchcock’s The Rope, are gleefully pounced upon by the media as universal proof of homosexual deviancy. William Burroughs and Ginsberg’s friendship with murder victim David Kammerer is examined as well as its influences on Kerouac’s life and work, including his novel, The Subterraneans. Sources like Chauncey’s classic Gay New York are duly sited, and nearly forgotten texts like Terror in the Streets and The Sixth Man are recovered as invaluable socio-political reference points. The works of Baldwin and Gore Vidal provide additional insight, and Polchin mines the African-American press of the time to provide a deeper, more nuanced understanding of the era than what was printed in white-owned newspapers desperate for blood, high on indignation while low on integrity.

We fought back. With the formation of the Mattachine Society came ONE magazine, the pioneering effort to combat homophobia, which was organized against such egregious press coverage; “the need for an independent publication to counter narratives of homosexual criminality and mental sickness in the popular press was crucial in building a wider consciousness about homosexuality as a minority identity. Launched in January of 1953, the publication had over 2,000 subscribers within a few months.” The sexual earthquake that was Kinsey’s Sexual Behavior in the Human Male added scientific heft to the conversation. The seeds for revolution were sown.

Ours is a history of violence. One once voraciously cheered on by the press. Though, speaking broadly, their opinion of us has journeyed from loathing to neutral scientific curiosity to pet cause, is it really a shift in the nation’s attitude toward queer folk, or do we just hire better lawyers? We’re far from free of the violence that Indecent Advances details. See David McConnell’s searing, contemporary Honor Killings: Desire and Rage Among Men. Though no longer actively encouraged by the media, blood is spilt  anywhere and everywhere over a misconstrued look, a poorly timed pass, outré´Biblical passages or anything and everything that would make straight men think others might perceive him a fag.

Newsflash: our enemies are not simply misinformed or a bunch of closet cases. They are dangerous and organized. Indecent Advances collects and rescues significant gay history and goes a long way toward clarifying why we fight, what we fight for and how prejudice is an historically institutional force.

“Once a man assumes the role of homosexual,” wrote the editors of the widely circulated Coronet magazine in 1950, “he often throws off all moral restraints,” adding such men “descend through perversion to other forms of perversion, such as drug addiction, burglary, sadism, and even murder.” This progressive model of perversion, in which anti-social behavior spirals toward ever-increasing, dire forms of violence, was a prevalent idea in popular magazines and newspaper articles about sex crimes in the late 1940s.