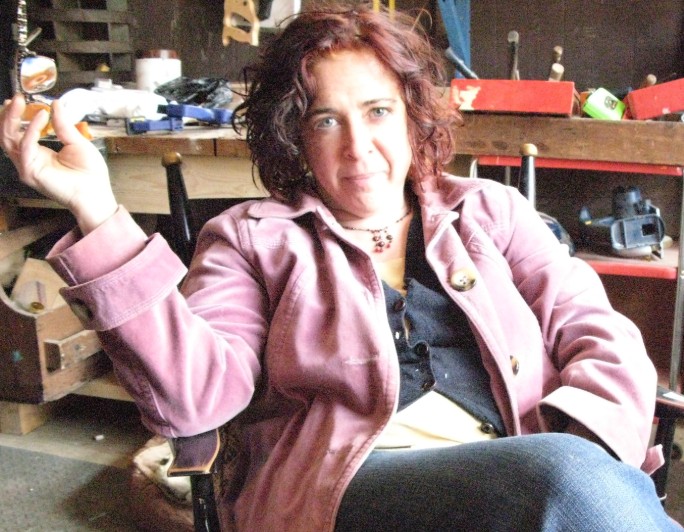 Award-winning writer Hilary Sloin, 55, has died. The author died on June 11, 2019, in her home in Ashfield, Massachusetts. The cause of death was suicide, following a lifelong struggle with mental illness. Sloin is survived by her siblings, Felicia and Andrew Sloin (Elizabeth Heath), her nephew, Elijah Phelps, and adoring former partners.

Born on December 18, 1963, in New Haven, Connecticut, Sloin received her undergraduate degree at Marlboro College in Vermont before completing her graduate studies in playwriting at New York University. In 1993, Sloin moved to the Northampton, MA area where she continued to write, while also becoming a dedicated advocate for those grappling with mental illness.

Sloin’s smartly observed writing explored lesbian identity, the riotous nature of desire, and the struggles of being an artist. Never one to shy away from the darker aspects of the human condition, Sloin tempered somber themes with a razor sharp, sardonic wit. Her first major play Lust and Play (1992) received stagings in New York, Chicago, Seattle, and San Francisco. Her widely acclaimed debut novel, Art of Fire (2012) was awarded the Barbara Gittings Literature Award from the American Library Association, the Bywater Prize for Fiction, and the Golden Crown Literary Society’s Award for General Fiction.

In a 2012 interview with The Lambda Literary Review, Sloin had this to say about writing and reading:

I have to write because I have things I want to say and writing keeps me from getting all bottled up and confused. I think that anyone who has something to say and the desire to write should write because I think writing is a great tool for exploration. As far as shrinking attention spans, reading demands attention and focus and quiet–these are good things. I have trouble with them myself. It is easier for me to write fiction than read fiction much of the time. I think that literary fiction has the potential to reach a wider audience. I don’t suggest we dumb it down, but I do suggest some of it could be more engaging, more enjoyable to read.

The family asks that those wishing to remember Sloin please consider making donations to the Western Mass Recovery Learning Community Greenfield Center in Greenfield, Massachusetts, as per her last request.

'New Ways to Kill Your Mother: Writers and Their Families' by Colm Tóibín
Justin Torres is Selected for "5 under 35"
'Delayed Rays of a Star' by Amanda Lee Koe