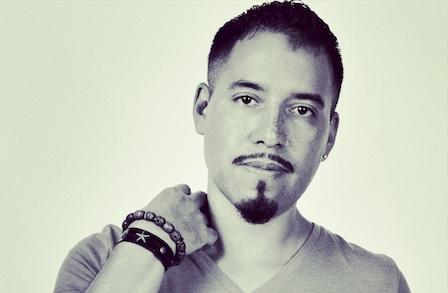 The Black and Latinx New York club scene of the ’80s and ’90s is having a 2019 moment. With TV shows like the New York House scene-centered Pose and the ball culture callbacks embedded in RuPaul’s Drag Race, this moment of unadulterated queer expression is tapping into the current zeitgeist.

With perfect timing, Queer Mojo recently released the Twentieth Anniversary Revised Edition of Emanuel Xavier’s cult novel Christ Like. An urban bildungsroman set in the ’80s and ’90s, the novel follows Mikey, “a spirited but self-destructive survivor of sexual abuse, a gay Latino native New Yorker caught somewhere between Catholic guilt and club kid decadence looking to fit in as part of a family.” Navigating a landscape of petty thieves and clubheads, Mikey’s hero tale is one filled with a powerful mix of unfettered pleasure, squalor, and excess.

Lambda Literary recently spoke to Xavier about writing Christ Like and why now is the perfect time to revisit it.

First, can you tell us a little bit about your inspiration to write the novel?

I was working at the time at an LGBTQ bookstore in New York City called A Different Light and reading a lot of queer fiction. I wanted to write a novel that would speak to my own experiences as a gay Nuyorican that had been part of the ball scene and club culture but I had nothing other than a poetry chapbook, Pier Queen, under my belt. I had absolutely no education or training as a writer but Leslie Feinberg encouraged me to read his book, Stone Butch Blues. After reading that and also Hubert Selby Jr’s Last Exit to Brooklyn, I felt I could publish something raw and imperfect that could still be considered artistic. It didn’t matter that I had no editor and no literary experience. Except for the works of Essex Hemphill, Assotto Saint and perhaps a few others, there wasn’t that much out there in regard to the queer people of color experiences in the late ‘80s/early ‘90s.

There are some parts of the book that seem like brutal, personal reportage. How did your friends and family respond to the book when it was published?

My closest friends loved it because they could relate to some of the characters and had fun trying to establish who I was writing about. As we would say in the community, “They were having quite the kiki!” Others considered it blasphemy that an insider was detailing so much that they preferred to have cloaked in secrecy or glamorized for a wider audience. My own family didn’t read in English, let alone understand much of the slang terms featured throughout the novel, so there wasn’t any resistance there. Either way, as far as the more difficult parts of the book—the child abuse, prostitution, homelessness—it was my reality so I never felt compelled to seek approval for sharing my truth, especially because this was a fictionalized account and not a straight up memoir.

How did you navigate those responses?

There is that famous disclaimer: Any resemblance to actual persons, living or dead, or actual events is purely coincidental. I was just like, “Purely!” I mean it is a work of fiction. 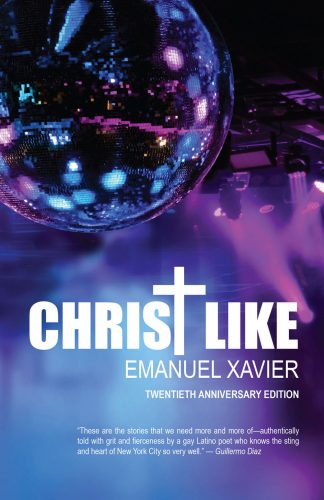 This book is not only a portrait of Mikey’s trauma, but of a whole cultural moment. Why do you think that was so important to document?

I wanted to write our history as nightlife creatures and House children from our own perspective in a way that was genuine and real. Except for Paris is Burning, at the time there was not much out there documenting our lives and struggles as queer people of color in the ball scene. Yet our words, our voguing, our fashion, our influence was appropriated by the wider gay culture and eventually by mainstream society. Back in 1999, I thought it would be significant for somebody who was not white or privileged to tell a story from their own viewpoint about the world we lived in. We were also losing people we loved to violence and AIDS and yet we were often invisible within our own LGBTQ and people of color communities. I did have issues with the original printing of the book, especially because one of the characters, Janet X, who is trans, was referred to with the wrong pronoun. That was a publisher decision that was corrected among other things with the tenth anniversary edition which eventually brought the book back into the market. The twentieth anniversary edition features a new cover but keeps that sensibility. If anything, this documents the fact that some of us were ahead of our time when it came to the current discussion about gender.

Are there any things from those heady ‘80s and ‘90s club days that you miss?

Before social media, going out to a club was like going to church. Hence the title Christ Like, which confused many people who thought it was a religious book. It was a shared religion in real time with music. Dee-jays were considered to be Gods and the right remixes, only to be heard at the club, could be spiritual experiences. Perhaps it was the drugs but it was an escape from the real world. Drugs have always been a prevalent part of gay culture for several reasons but we can’t forget that in the 1980s and even 1990s, on top of it all, gay men were also dealing with the height of the AIDS epidemic so mortality and death were integral parts of our lives.

Do you have an imagined musical playlist for this book? What songs from that era would be on it?

The Christ Like playlist would include House classics like “In The Mix” by Mix-Masters, “The Ha Dance” by Masters at Work, “X” by Junior Vasquez, and “Plastic Dreams” by Jaydee. “Deep in Vogue” by Malcolm McLaren must also be mentioned. If someone reading this interview has never heard any of these songs, they should look them up! [sips tea] Of course, more popular songs included would be “To Be Real” by Cheryl Lynn, “Love Hangover” by Diana Ross, and the Pose-sanctified “Love is the Message” by MFSB. Dare I mention “Vogue” by Madonna if only because Jose & Luis Xtravaganza, who were from the ball scene, made it legit by touring with her? And how about “Come Into My House” by Queen Latifah?

Writer Theodore Kerr uses the phrase “AIDS Revisitation” to describe the recent cultural production (art, books, TV shows) dedicated to capturing, illuminating, and sometimes reimagining the height of the AIDS epidemic in the ‘80s and ‘90s.

Why do you feel this revisitation is happening now?

In a world where there are people out there who actually believe and try to convince others that horrors like the holocaust or slavery are hoaxes that never happened, it is important for new generations to be reminded of how inhumane people can be. We can’t remain silent because something does not affect us directly. We lost many people to AIDS and it is a disease which continues to elude us. The AIDS epidemic was a tragedy that brought us closer as a community because we had to step up for our brothers and sisters who were dying around us while mainstream society and the government looked away. After all the people I had personally lost throughout the years, including a stepbrother, it was the loss of my friend Willi Ninja (from Paris is Burning) that hit me the hardest. I mean it was 2006 and this was STILL happening!  The last time I saw him he asked me to read my poem “Legendary” to him. It was just the two of us in that hospital room and I cried while reading it because we both knew it would be the last time I would see him alive. He died just days later. I think there is a whole new generation that has an opportunity to understand what it must have felt like for many of us to lose our closest friends like that, mostly during the same time period. Not to mention a better compassion for those that are HIV-positive and continue to face daily challenges. It is crucial that our history is remembered and never forgotten.

What do you feel some of these projects get right and/or miss about the so-called “Plague Years”?

There is truth in that there was so much inaccurate information out there that people were afraid to kiss, or even touch, someone who tested positive. People would think twice just to share a restroom. A simple cough could have you labeled as “Tick Tick Boom” by some vicious queens. Many died heroically in that they wanted the world to know what they had struggled with and help send a clear message to others to protect themselves. Others died quietly in fear of being judged. I think what might be missed and that Christ Like highlights is that not everyone became an activist during that time. The main character, Mikey X, traveled in a world where AIDS was rampant and affecting many people around him. Like many young gay men coming into their own, for better or worse, he just wanted to have fun and escape the reality of the world around him. He somehow endured if only by chance. He is already a survivor of child abuse and so he has a distorted take on sex during one of the most dangerous times in our gay history.

How do you feel your book can inform or shape the current conversations happening about those years?

The book did well when it first came out twenty years ago. It was even a Lambda Literary Award finalist but it never really resonated beyond the underground NYC arts scene. RuPaul’s Drag Race and Pose have helped popularize the House and ballroom community. This title could speak to a new generation of young gay men as another alternative insight on what it was like for some of us to come of age in the late ‘80s/early ‘90s. Much has changed in the last few decades but it helps to understand how far we have and/or haven’t come. AIDS-related deaths may have declined and treatment options have improved, but access to such treatments is still an issue. Many of the narratives highlighted come from white perspectives, so it may also be worth considering the stories people of color have shared throughout the years.

Lisa Cohen: Style, History, and Sexuality
Choire Sicha: Love and Commerce in the Big City
Meredith Maran on Her New Memoir and the Definition of Happiness