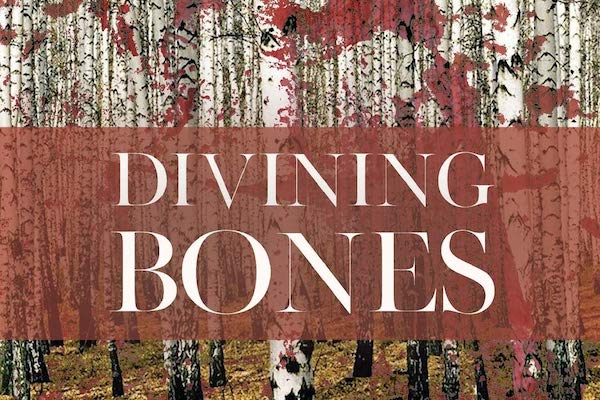 The various personae of Baba Yaga, “a witch/goddess from Russian folklore who lives in the forest,” thread throughout this collection from Charlie Bondhus. She allows the speaker to explore the space between Id and Superego. This conflict scrapes the page—as though the pen were scrawling with blood. It is both an act of healing (as in bloodletting) and self-immolation.

Baba Yaga helps to unearth and explore various aspects of a protean identity. In a catalog poem, called “Plans for a Doll,” the speaker is searching for self. The poet writes, “The proscenium arch sustains both / drama / and prediction.” However, this is immediately undercut by the declaration, “It so happens I’m tired of just being a man.” The “just” suggests that it’s not an issue of no longer wanting to be male, but to embrace more complexity, more diversity. It recalls Walt Whitman’s “I contain multitudes.”

Another American poet summoned by Bondhus is Langston Hughes, specifically his poem “Mother to Son.” Reminiscing on the day she gave birth to him, the poet writes, “I bore him / the way you / bear rain.” In a later poem, “Baba Yaga and the Horses,” a trajectory is traced in reverse. The speaker gives birth to himself, becoming both boy and man. Here again, the recurring persona directs a destruction of self, in order to give birth to new selves that emanate from an unknown. This voice also refers to flesh as fabric, wounding as a kind of protection.

This peregrination towards an exploration of self returns in the poem “Ablation”: “This is what the body needs—to not be / itself.” The skillful line break emphasizes the search for a personhood that is not limited by the constraints of gender. In a poem that faces this one, the speaker states: “If you can’t be a boy, be a houseboat.” It includes another list, including “hammer” and “hand drill,” “boy” and “cowgirl.”

Part of the ongoing search is the arc towards embracing a queer identity, as both child and man. The language becomes a corridor that moves toward the past and the future, simultaneously, ultimately linking—each informing each.

The character of Baba Yaga brings to mind Yeats’s Crazy Jane, a character who engages in a conversation between the Id and Superego. Living in the periphery of society allows her (and the speaker?) to break down barriers it has erected. In stepping outside societal boundaries, Baba Yaga consumes the dead, the past, “the jumpy taste of children,” thereby bringing them back to life (barriers of time erased). This becomes a kind of transubstantiation, a transformative magic. And as devouring death rings in a new form of life, a self breaks limitations that defined notion of gender: “[D]on’t mistake / this for andro- / gynous origin / story, genderqueer pre- / lapsaria.”

Baba Yaga also evokes the cannibal witch in Hansel and Gretel. Like the disturbing, German fairy tale, an ongoing narrative courses through these poems. They are about a survival found in fostering an authentic self: “The second it-child, / Baba Yaga thinks somewhat tenderly / to cause this discomfort, like and unlike / the hunger throbbing ….” A heartbeat has been awakened. The speaker has given birth to another persona, containing many personae, as does Baba Yaga.

In another poem, Tiresias is summoned. The blind seer emerges from Baba Yaga. Here, however, the irony of the seer who cannot see in Oedipus Rex parallels the frustration with envisioning an authentic persona.

Indeed, Bondhus is eager to break down patriarchal notions that define and confine. The poem “Demiurge, Demimonde, Demitasse” explores the history of gender and misogyny. This poem celebrates women as possessing a mythic (albeit suppressed) power, “[W]omen being known / for their love of all things tree.” (The ear takes this in as “free,” the two words conflated.)

Myth—rich in metaphor and in its ability to probe origins—weaves throughout the collection. One sees creatures as shifting personalities, caught in “Dionysian cold.” Bondhus writes, “The satyr laughs carelessly / for one caught in stone.” The reader imagines the shattering of solid strictures imposed by society, by history.

Similarly, Baba Yaga continues to transform herself. At one point, she becomes a porn star, contrasting with her other permutations—from braided maiden to crone. The poem laments, “In the mirror her body / is an old downy pear with too many rot spots.” As such, she encounters “men who reject / beauty’s slick uncertainties for the reliable / inertia of a wrinkled breast and a pale teat.” These poems express empathy for the iterations Baba Yaga divines—as if she chiseled them from bones of the dead, a brave act of rebirth. The poet’s own sleight of hand celebrates the crone’s faces and phases, stretching language itself, allowing it to contain ever-evolving selves, at the boundary of light and dark, of life and death—in extremis.

'when they say you can’t go home again, what they mean is you were never there' by Marty McConnell
'Delicious Foods' by James Hannaham
‘The End of Your Life Book Club’ by Will Schwalbe