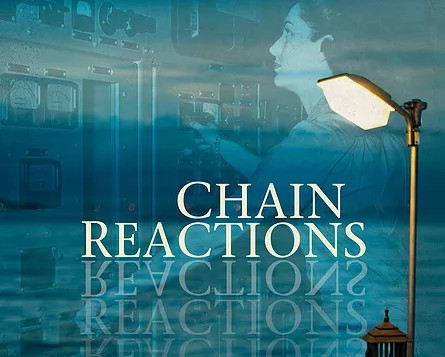 At the age of 100, Nora Lindstrom is nearing the end of her life thanks to advanced small cell lung cancer. She has a lot to be proud of after a decades-long career as a physicist who worked tirelessly to end childhood leukemia. A few things are haunting Nora’s last days, however, including how she had to walk away from her grand-niece Diana without explanation when Diana was a young child.

Nora is still living in her own home, but her rapid decline in health signals that it’s time for her to get some help and put a power of attorney in place in case someone needs to make medical decisions for her. They might be estranged, but who better to make those crucial choices than Diana, who stayed in Nora’s heart all these long decades that they’ve spent apart?

Some of the best memories of Diana Lindstrom’s life were spent with her Great Aunt Nora, Diana’s greatest champion and overseer of many of her science experiments. She hasn’t seen Nora in decades and long thought she’d passed away, so Diana is in for the shock of her life when she receives word that Nora is alive and wants to see her. Meeting Nora again is bewildering and soothing at the same time, delivering all the proof Diana never knew she needed that Nora had loved her all along, and they’re both determined to make up for lost time for as long as they have left together.

Diana teaches at Columbia University, Nora’s living in Provincetown, and Nora won’t let Diana walk away from her job to take care of her. Luckily, Nora’s friend and family doctor has just the solution—Brooke Sheldon, a former pediatric nurse who had worked with Nora at the Dana-Farber Cancer Institute.

Brooke and Diana get along well and it isn’t long before an attraction grows between them that Nora picks up on (possibly even before they figure it out for themselves). As the weeks pass, and Nora’s time draws to a close, she comes to a decision and asks several things of both women that are all intended to bring the two together—hopefully forever. Helping Diana and Brooke find happiness means exposing some of those other regrets Nora’s been carrying for decades. Will it be enough to secure a future for them?

Chain Reactions is a romance novel, but it’s also a story about love in its many forms—familial (both of blood and choice), romantic, and even the love for humanity that might drive someone to seek a cure for a terrible disease. The love between Diana and Nora is exquisitely lovely, still there despite their time apart and with the same purity it held when Diana was a child. It’s that timeless love anyone might carry for a loved one who’s imprinted on their heart, long after any physical connection is severed by distance or death. Every moment between Nora and Diana holds a poignancy alongside the joy of reuniting because they’ve lost so much time and there’s so little of it left between them.

The love that builds between Diana and Brooke, on the other hand, is cautious. Diana is married to her career and Brooke is just finding her feet after having burned out from taking care of sick children for so long. The pull between them is palpable almost from their first meeting, but the odds are a bit stacked against them since they live in different cities and want different things, not to mention that they’re both laser focused on ensuring Nora has the best end-of-life experiences she possibly can. Many of Brooke and Diana’s conversations, thoughts and actions that are a result of these challenges can come across as overly dramatic, especially for readers who are frustrated by crises in romance that can be solved with a conversation. Luckily, Nora was prepared for something like that, because her foresight ensures the kind of ending that’s worth sticking it out for.

Nora’s past is also a major part of the story, but it’s impossible to talk much about without spoiling some major plot points. That said, it’s one of strongest parts of the book and is fascinating, compelling, and well-researched, giving a glimpse into what will be for many a little-known contribution women made to the war effort in WWII.

Readers who enjoy a blend of contemporary and historical fiction will especially want to pick up Chain Reactions. Actions taken by Nora, Diana, and others are connected across the decades (hence the title), and seeing the way they all culminate is well worth the time.