Aaron Hamburger on How Our Past Affects Our Sense of Now

Aaron Hamburger on How Our Past Affects Our Sense of Now 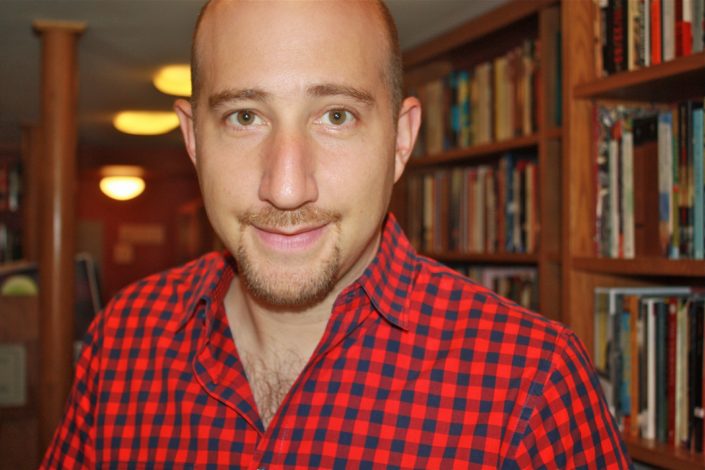 Aaron Hamburger’s first novel in eight years, Nirvana Is Here, signals a return to some of his favorite themes and narrative gestures: strong characters clouded by a slight sense of unease about where they have landed in life; nimble, smart dramatizations around important moments that move toward inevitable disclosure; and a formidable commitment to thinking about how a religious upbringing shapes our spiritual and ethical lives, whether or not we remain accepting of those views in adulthood.

Nirvana Is Here tells the story of Ari Silverman, a college professor in the midst of personal and professional turmoil, the most trying being when he is asked to chair an investigative committee involving sexual harassment charges against his ex. By chance, he stumbles upon news that a crush from high school, Justin Jackson, will be in town to promote a new dating website. Ari’s contemplation of Justin’s new fortune, his new wife, and their mutual eagerness to reconnect draws him to recall his crucial high school years in early ’90s Detroit. As in his story collection The View from Stalin’s Head (which won him a Rome Prize from the American Academy of Arts and Letters) and his novel Faith for Beginners (a Lambda Literary Award finalist), Aaron presents us with one more deft characterization of a person who seeks to close the space between the past and present self.

In general, do readers assume you write autobiographically? Why did you decide to write this novel now?

Yes, though I think this is not necessarily just because of something I’m doing. I think there’s this tendency out there for readers to assume that if you’re writing a memoir, you must be making things up, and if you’re writing a novel, you must be writing a memoir by a different name. In my novel Faith for Beginners, I remember mentioning to my editor at the time that I thought it was really funny how so many people who read the book assumed that I’d had a problem with drugs and that my parents took me to Israel to cure me. My editor looked at me wide-eyed and said, “Oh, that didn’t happen to you?”

I have this feeling that what most people think is autobiographical in my work is so not, and what people think I’ve made up is often based on the truth.

You give us a split narrative in your novel, with both adult and adolescent story lines for your protagonist, Ari. I found it fairly easy to describe the adult Ari in our contemporary moment and the measure of his responsibilities, even if they are complicated. But the younger Ari in the early ’90s is harder to describe.  How is he best defined, given that he has so much in his life that he doesn’t want to define him? 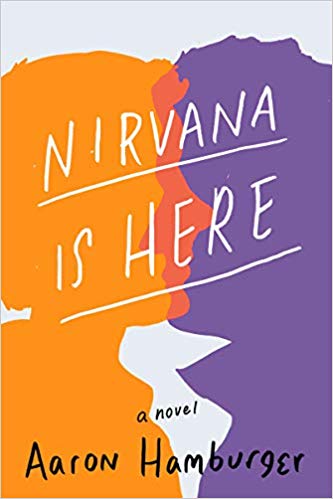 Ever since that magical moment when I picked up Bleak House by Dickens for the first time, I’ve been fascinated with the idea of shifting tenses and points of view in fiction, though until now I don’t think I’ve been able to employ it. Why here? The first person past tense is meant to give more of an adolescent feel, to evoke a teenager writing in his journal. I see this tone in the way my undergraduate students write (and speak) sometimes. “This happened, this happened, then this happened” without much pause to linger in the strangeness and particularity of any given movement. As an adult, however, Ari is more aware of how complicated the business of living and living in the present is. It’s as if it’s hard for him to get through the day without thinking about the various resonances of different experiences and decisions. This is part of what the phrase “Nirvana Is Here” is referring to… in the crudest contemporary parlance: Be Here Now. The present moment—at any given moment—has all that you need. It’s just hard sometimes to remember that or find it. Ari is more equipped to understand that as an adult than as a young person.

I think Ari’s defined as being in that amorphous shape-shifting state that is adolescence and high school existence. He’s trying on various identities, in part because he’s afraid that the one that maybe fits him best is one that he feels could put him in danger.

You take a different approach in this novel, which is laid out in short, contained chapters, each precisely titled.  I’d like to ask you about one of my favorites, “Relics.” What does it suggest to us about nostalgia and the past, if not the recurrent theme of faith that you’ve often turned to in your work?

So this form is very much a tribute to the form of one of my favorite books, Mrs. Bridge by Evan S. Connell, which it turns out is also inspired by autobiography. In terms of “Relics,” I think you’re very perceptive to pick up on that theme about nostalgia, the past, the idea that for some of us, we have this kind of sacred relationship to our past lives and we want to preserve them. Maybe some of us do that by studying history and unearthing artifacts, as a medieval historian might do. Today, some of us do that by creating a timeline for ourselves on Facebook. But the urge is always there.

The issue of nostalgia gets a bit complicated, however, when we feel nostalgia for a period in our life that wasn’t all so great. And no one has led an enchanted existence. Even the parts of our past we romanticize were probably more complex at the time we experienced them. Maybe our nostalgia, our worship of the past (which we can only do by distorting it, by erasing what we don’t want to remember) makes us unhappy in our present. We get a high from the rosy visions of yesteryear. But our present, which is necessarily complex and more interesting, suffers by comparison to that dream that never was. Liberating ourselves from the trap of nostalgia-worship is one way to maybe be a bit happier than we are now.

Another piece of that liberation is in telling the truth, whether to ourselves or others. Ari undergoes a painful journey in this novel in facing down the traumas that haunt him. What have you learned about depicting trauma? What has changed in our contemporary moment about the ways in which we approach trauma?

One of the things I learned about depicting trauma is that a straightforward chronological depiction of a traumatic event may be accurate in the legal sense, but it misses the mark in terms of the emotional truth of the experience. There’s a wonderful essay about trauma and storytelling by J. T. Bushnell in Poets & Writers in which he talks about this phenomenon in more depth. But in essence, what I learned from my experience is that the selection of which aspects of a traumatic event to relate and in what order you relate them is crucial in storytelling. It’s a different kind of craft issue than the choices a writer might typically make in setting a scene, like getting the right pattern of the wallpaper or thinking about the lighting of the room or choosing the color of a character’s hair.

In terms of trauma and our contemporary moment, storytelling is powerful and therefore is power. There are quite a few people out there who are out of a job as a result of people telling their stories. Our own president has famously paid off women so that they would not tell their stories. So I think it’s a form of empowerment to tell one’s story of trauma, which means it’s also a great responsibility that shouldn’t be taken lightly.

I very much wonder how history will look back on this cultural moment, in which so much that has been buried for so long related to a whole host of traumas is now coming to the surface. One thing I think that has been missing from the general discussion, and which does come up in this novel, is the question of atonement. If someone has transgressed, caused trauma to someone else whether great or small, how do we as a community react besides pointing out what they’ve done usually with a wagging, self-righteous finger? What kind of mechanism of atonement might we come up with beyond the rote public apology for someone who feels genuine remorse? What kind of atonement would be meaningful, for both the victim and the person who caused the trauma? And why as a society do we never seem to talk very much about this?

Now is a time for anger. I get that. But I’m also interested in the healing that will come, because it must come, on the other side of that anger. To me, the solution lies in this question of atonement.

Manuel Muñoz is the author of three books, including 'The Faith Healer of Olive Avenue' and 'What You See in the Dark.' His debut story collection 'Zigzagger' received its first-ever notice in a queer publication when Aaron Hamburger reviewed it in the pages of Out magazine in 2003.