‘You Will Be Safe Here’ by Damian Barr

‘You Will Be Safe Here’ by Damian Barr 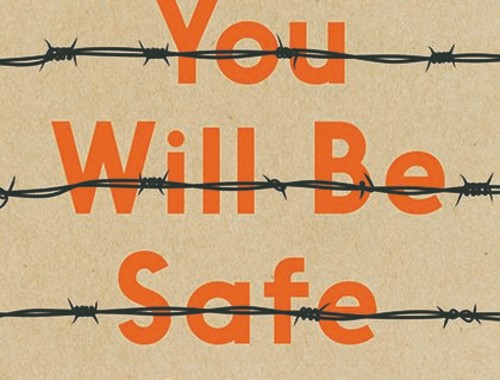 Home is traditionally thought of as a safe place, an oasis of relative comfort and security where children can expect to be supported rather than ridiculed, loved rather than maligned, and understood rather than ostracized. This is the ideal (what many would consider the goal), but for Willem Brandt, one of the South African protagonists of Damian Barr’s You Will Be Safe Here, home becomes increasingly fraught as he grows into a bookish teenager. His mother Irma worries about his odd behavior at school and his tendency to wet himself in stressful situations. His mother’s fiancé Jan romanticizes his time in the National Service and spouts some problematic rhetoric about what it means to be a man. Meanwhile, Willem’s grandmother Rayna, his biggest ally, the one who buys him all the sci-fi and fantasy novels he loves, doesn’t stop Irma and Jan from enrolling Willem in the New Dawn Safari Training Camp after an incident at school where Willem, who is grappling with his sexuality, stands accused of violently lashing out at a bully. For Willem, as for many kids labeled “outsiders” because of their interests or identities, nowhere is safe: not home, not school, and certainly not camp.

This theme of safety runs throughout the novel, which is divided into three parts of nearly equal length, plus a prologue and epilogue. We first meet Willem in the prologue, in 2010, as Jan and his mother first drop him off at the New Dawn Safari Training Camp south of Johannesburg, South Africa; then the narrative jumps back a hundred years to 1901, in the middle of the second Boer War. This first third of the novel consists of diary entries written by Sarah van der Watt, an inhabitant of the Orange Free State whose husband, Samuel, has gone to fight the English. Sarah and her son Fred remain on the farm until they are driven out by British soldiers and taken to the Bloemfontein Concentration Camp, where inhumane conditions, medical mistreatment, and fetid rations cause Fred to fall ill with malaria. Among the many injustices at the Bloemfontein Camp, perhaps the most emotionally wrenching is that mothers are briefly barred from visiting their sick children; when they are allowed visits, it’s in five minute increments once a week and they aren’t allowed to touch or speak to the patients. Only later, in Part Two, do readers learn that Fred died in that hospital, presumably without his mother at his side.

After Sarah van der Watt’s diary ends, the novel jumps forward: not to 2010 but to 1976, during the period when Willem’s grandmother Rayna works as a Teaching Assistant at a school. As a result of this jump, the reader invests heavily in Rayna and her story, taking all of the built up compassion from Sarah’s section and applying it to Rayna as we learn of her rape at the hands of a redheaded man, of her desperation to marry quickly to hide her pregnancy, of her completely loveless marriage, and of her years alone raising her son Piet in apartheid South Africa while her husband works in the mines. One could argue, because of the increased investment, that there are three protagonists: Willem, Sarah van der Watt, and Rayna, the first person the reader meets after emerging from Sarah’s diary. It does not take long, however, (in fact, just forty pages) for Barr’s roving third-person omniscient narrator to return to Willem, and it takes only slightly longer than that (sixty pages) to catch up to the prologue and return to 2010. Doing the math, we find that we spend over 100 pages in Part One on six months of Sarah van der Watt’s life, where 100 pages in Part Two are devoted to a thirty-four-year period split between two main characters. This feels a bit imbalanced.

Whenever there are imbalances such as this, it’s important to ask, as a reader: why did the author make this choice? In this case, why did Barr devote a third of the novel to a character who is only tangentially connected to Willem and Rayna (via a museum Willem visits in Part Two, at which point we learn of Fred’s untimely death and Sarah’s reunion with Samuel)? The answer to that question comes in Part Two, just before Willem’s class visits the Anglo-Boer War Museum. Mr. de Villiers, the headmaster of Willem’s school, rehearses how he will explain to the parents of one his pupils why the museum visit is important. He imagines saying, “Really the Boer Wars are the root of all our present-day difficulties.” This sentence could double as a thesis statement for the novel, whose structure seems devised to elucidate this point: all the problems faced now, in present day South Africa—all the hate and complex power dynamics that allow facilities like the New Dawn Safari Training Camp to exist—are a result of these wars, this history. For Barr, the Boer Wars and the legacy of colonialism and British imperialism that informed them, are the key to understanding Willem and Rayna. Their lives would be different if not for these wars, and by extension so would this novel.

Ultimately, Barr’s structural choices are effective, if heavy-handed. One wishes that Barr would have found another way to incorporate Sarah van der Watt’s story in order to give Willem and Rayna more real estate in the novel. With more space, the inherent drama of their conditions could have been explored in greater depth. As it stands, Part Three (which contains revelations of abuse at New Dawn Safari Training Camp; a daring escape attempt on the part of Willem and his roommate Geldenhuys, a stuttering young man sent to the safari camp in an attempt to squash his homosexual tendencies; their recapture at the hands of the brutal General, who abuses the boys at the camp emotionally and physically; a tragic death; and a sensational trial) seems jam-packed to the point of overflowing. This is potent, gripping material. No doubt readers will want more of it. What keeps them turning the page, even as the novel lurches back and forth in time, is Barr’s use of diction and point of view. His sentences are nimble and adaptive, the passages in Sarah’s diary adopting a pleasingly mannered first-person voice appropriate for the time while the third-person omniscient narrator of Parts Two and Three dips in and out multiple characters’ perspectives and utilizes a variety of voices and syntactic constructions. Barr’s facility with language is on display here, and many readers will happily lose themselves in his supple prose.

'Give It To Me' by Ana Castillo
'Queerly Beloved: A Love Story Across Genders' By Diane and Jacob Anderson-Minshall
'I Am J' by Cris Beam

Ruth Joffre is the author of the story collection Night Beast. Her work has appeared or is forthcoming in Kenyon Review, The Masters Review, Lightspeed, Mid-American Review, Hayden's Ferry Review, and elsewhere.