‘The Tiger Flu’ by Larissa Lai

‘The Tiger Flu’ by Larissa Lai 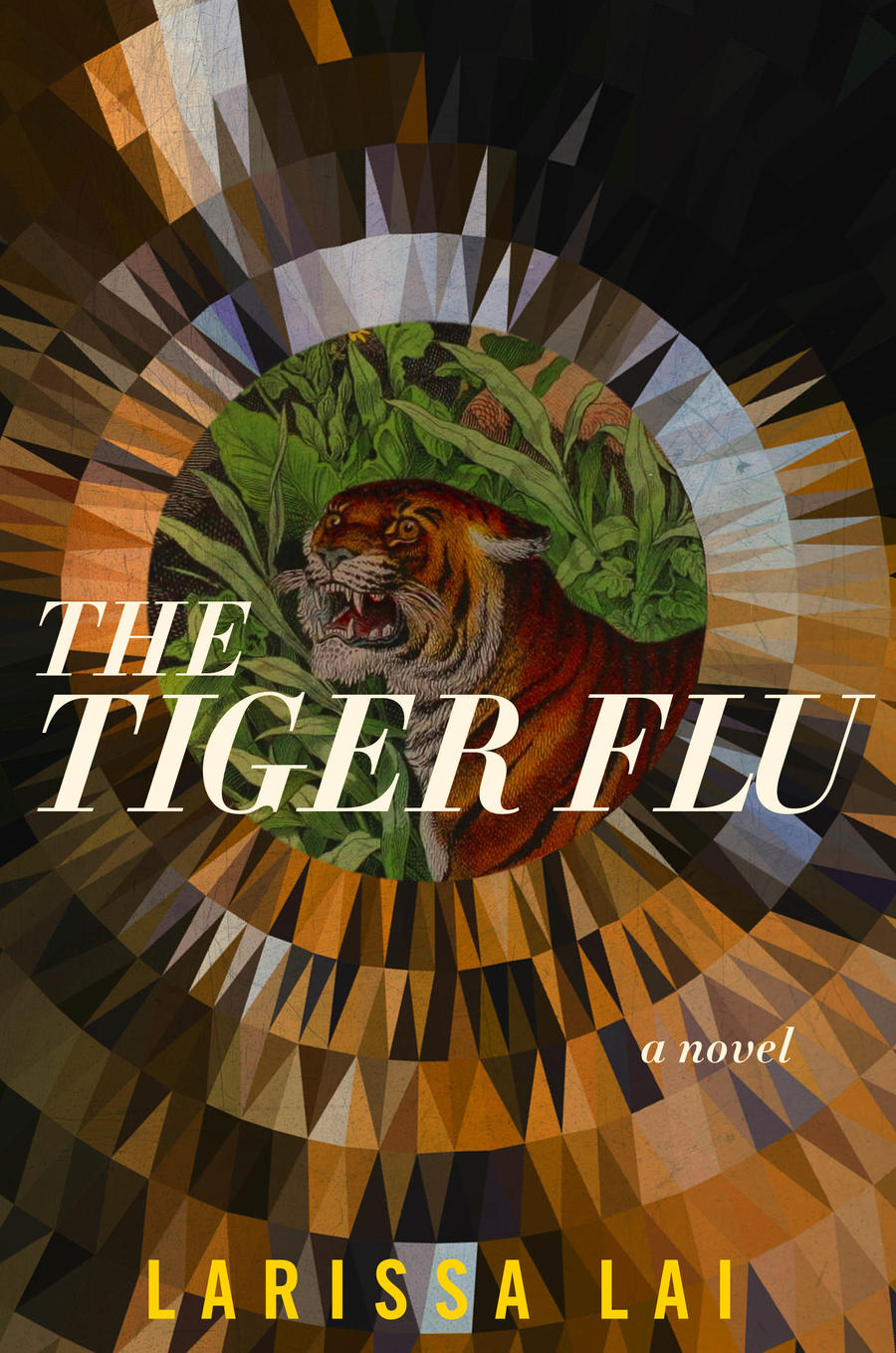 In 2145, or Cascadia Year: 127 TAO (Time After Oil), things are grim. The fourth wave of the deadly tiger flu is ravaging Saltwater City and killing most of its men, borders are closing to prevent travel between plague rings, and food is scarce. Reproduction as we know it today isn’t the only way babies get made, nothing is safe, and the gulf between the powerful and everyone else is unsurpassable.

Kora Ko lives in Saltwater Flats with her mother, uncle, brother, and her best (and only) friend—her pet goat, Delphine. Their building is almost entirely abandoned, with most of their neighbors already dead from the tiger flu. Uncle Wai grows most of their food in enormous jars, but even that supply is running low and they have no money coming in. And while they may be somewhat isolated in the city, Kora still experiences threats from people she should be able to trust.

Kirilow Groundsel is a groomer in Grist Village, which means she’s sort of like a doctor, except with more terrible tasks, since she has to harvest organs and limbs from her girlfriend, Peristrophe Halliana. As a “starfish,” Peristrophe regrows whatever is taken from her body whenever Auntie Radix—a clone who births litters of other clones—needs them. When they take in a straggler who’s stumbled her way from Saltwater Flats, Peristrophe dies within days of the tiger flu. Full of rage and grief, Kirilow heads to Saltwater Flats, determined to find a new starfish.

Life as Kora knows it comes to an end when her family sends her to the Cordova Dancing School for Girls because they can’t take care of her any longer. Instead of dancing, Kora learns how to steal canned food from the time before and is bullied mercilessly by the other girls. But her life is headed for its biggest turn yet when Kirilow is brought to the school, full of hate for “Salties”, quasi-medical knowledge, and a mission to find the starfish who will save Grist village.

The Tiger Flu is a wonderfully disorienting book that constantly challenges expectations..It immediately drops the reader into Saltwater Flats with Kora Ko and her hunger for both food and companionship. While many things are so different from our world today that they’re difficult to comprehend, some are eerily familiar, since it only takes place a little over a century from now.

At the door to my cave, Auntie Radix’s young groom is waiting. Soon the eyes that are darkening in that old doubler’s head will shine bright as halogen headlights. Not that I’ve ever seen halogen headlights, but I know the songs. Maybe you can wash my car, yes, I’m gonna flee a star. I know what stars are. They twinkle a little. They light up my wife. I know what cars are too. They are what the people from the time before used to get around, instead of walking. They doubled as wheelbarrows, for transporting food and herbs and found treasures.

You enter the novel media res, sans context. Reading the first half felt like being pulled through a world that’s a little scary and a lot unpleasant. But then something clicked into place and more things made sense, making the rest of the book impossible to put down even as some scenes were incomprehensible, like the space between a dream world and a drug trip.

Lai’s wordplay also adds to the sense of bewilderment, slipping from prose to poetry and back again, especially when we’re following Kirilow’s perspective. Depending on the page, it can be beautiful and repulsive at the same time, evoking unpleasant feelings, as we’re given a direct view of her racing thoughts:

I dance the dance of nuclear fission, of oil, of coal, of wood and straw. I dance for wheels and automobiles, when they were like living creatures drunk on the rotted bodies of species long dead. I dance for the tiger flu, for Ebola, for aids, smallpox, measles, tuberculosis, Black Plague, and death. I dance for stem cells, devilled eggs, cloning, and mutation. All the long path of chance and science, money and murder that Old Glorybind taught me was my messy legacy. Although I can’t say I understand it, I know its songs, its oranges and lemons, its ring around the rosy. My body knows something that my mind can’t refuse.

Everything about The Tiger Flu (winner of the 2019 Lambda Literary Award for Lesbian Fiction) is dangerous—its world, most of its people, and its steadfastness in shaping an unconventional narrative. It’s a horrifying and fascinating vision of the future and what could happen if we embrace the wrong technologies. If you read this book, you won’t forget it anytime soon, and you may even want to go back to page one as soon as you’ve finished, just to experience it all over again.

'A Crown of Violets' by Renée Vivien, translated by Samantha Pious
'Pet Sounds' by Stephanie Young
'My Body: Design and Architecture and Convalescence | Two Stories' by Bruce Benderson