‘The Archive of Alternate Endings’ by Lindsey Drager

‘The Archive of Alternate Endings’ by Lindsey Drager 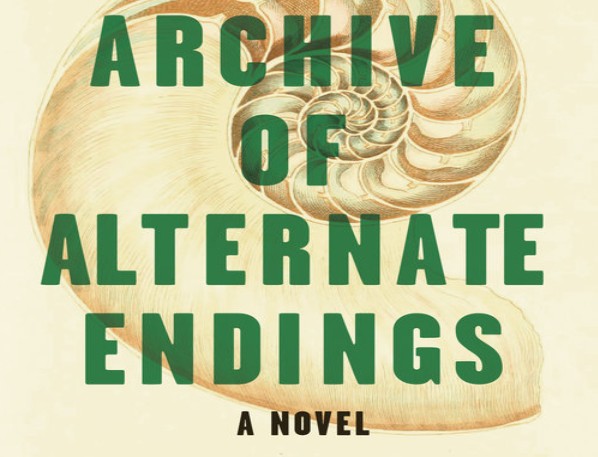 A queer Grimm Brother and a gay writer in 1980s New York; astronomer Edmond Halley’s clairvoyant niece and a lesbian artist in an early-twentieth-century mental asylum; Hansel and Gretel lost in the forest and twin space probes hurtling through the universe; a dancer disowned by his parents for his sexuality and his folklore-scholar sister. Lindsey Drager’s The Archive of Alternate Endings takes sightings of Halley’s Comet on Earth between 1378 and 2365 as the jumping-off point for braided stories that weave together fairytales, the AIDS crisis, the invention of print, and sibling relationships into a meditation on the nature of storytelling.Dazzling in scope, the novel is reminiscent of the indie-film convention—seen, for example, in Me and You and Everyone We Know and Beginners—of moving from the cosmic, historical and sweeping to the individual and contemporary. (Beginners, in which a son grapples with his father’s late-in-life coming out, is also a story about gay sexuality and terminal illness told from the perspective of a close relative.)

In writing, this approach is more challenging, requiring us to shift rapidly between time periods, locations, and perspectives. (Even Halley’s Comet itself is given thoughts and feelings.) Drager seduces us with a set of recurring images that lead like a trail of breadcrumbs into the center of the forest: a nautilus shell passed back and forth between siblings as a token of their affection; an illustrated volume of Hansel and Gretel that graces various bookshelves over the centuries.

The way she teases out different strands of the narrative and brings together seemingly disparate elements is frequently impressive. Halley’s Comet is described as “the sun’s sibling;” a fossil becomes an example of the way stories persist over time.

Drager is demanding of her readers, constantly wrongfooting them by making one image represent several different things: the forest is both a trap and a site of discovery, as well as a metaphor for the democratization of knowledge. (In the 1980s narrative, a programmer is working on a version of the internet he calls the Universal Forest.)

At times the novel loses itself in these strings of association, sacrificing the meat and blood of authentic, credible human relationships in favor of flights of imaginative fancy that feel as remote as space. The characters are often thinly drawn and the opening chapters of the novel, in particular, feel weighed down by their lyricism. (“It must be in the way the skin wraps itself around its bone scaffolding,” the narrator notes about a still-fuzzy predicament suffered by a still-fuzzy character.)

The burning heart of the book is the chapter called “Gretel and the Witch,” which is actually the most conventional in terms of its approach to storytelling. “Gretel” here is the folklore scholar with the gay brother. She describes her time in a hospice for men with AIDS in the South run by a woman known as “the Witch,” where her brother came to die.

It’s a moving, utterly convincing portrayal of the love between siblings, and of queer homemaking and self-invention against the stream of the dominant narrative. (It is the drag queens who organize fundraising balls for the men that give the Witch her nickname: “For both she and the queens knew the history of women, that too many have been killed because a man told a very elegant fiction and found enough people to believe it.”)

The emotional punch of moments like these is a welcome anchor in a text that often seeks to destabilize us. In view of the novel’s preoccupation with how marginalized stories are often under rug swept or end up being buried beneath the sands of time, its visceral portrayal of the AIDS crisis is especially accomplished and important. (The day I’m writing this review, the papers triumphantly announce that the end of HIV transmission is possibly in sight.)

Recommended for readers of Jeanette Winterson who enjoy books that defy convention in both structure and content, The Archive of Alternate Endings is an ambitious journey through time that sheds light on stories at risk of being forgotten.