‘Sooner or Later Everything Falls Into the Sea’ by Sarah Pinsker

‘Sooner or Later Everything Falls Into the Sea’ by Sarah Pinsker 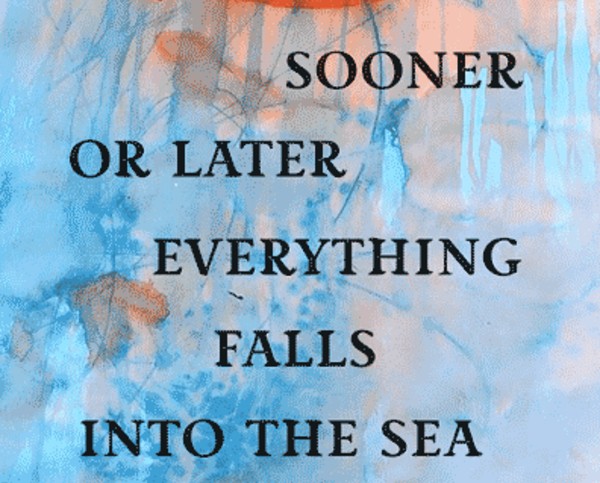 It takes a lot of time and effort to develop a world and characters when writing science fiction and fantasy and is more challenging as a short story or novella. The challenge becomes about how much you can reveal about the world that will resonate with the reader. For Sarah Pinsker, her unique and effective storytelling manages to add so much depth and complexity to a variety of stories that it becomes impossible to escape their worlds, as if the reader is past the event horizon of a black hole from the very beginning of each piece.

In her new collection Sooner or Later Everything Falls Into the Sea, Pinsker shares thirteen stories that are set in places as familiar as a farm in Canada or an elderly couple’s home, or as fantastic as an island surrounded by sirens or a generational ship floating through space. No matter the setting, she writes these stories with such emotional range and depth that they become as familiar as the reader’s route from their home to their place of employment.

The stories in this collection cover a variety of common sci-fi and fantasy elements, but Pinsker offers a unique spin on familiar tropes to explore new ideas. In “The Low Hum of Her,” Pinsker ties a story about a robot caretaker with a refugee tale, showing how a family fleeing their country has to account for the robot version of the grandmother they take with them. In “Our Lady of the Open Road,” the reader follows a band traveling from gig to gig in a beat-up van, but also has time to critique new forms of media and the ever-changing landscape of the music industry.

It’s probably in Pinsker’s Nebula and Hugo nominated novella “And Then There Were (N-One)” that the full range of ideas and complex storytelling is at its most intriguing and thought-provoking. In the story, we follow a Sarah Pinsker who is invited to an interdimensional convention of Sarah Pinskers, only to be pulled into a murder mystery when one of the hundreds of Sarahs attending the event is found murdered (with a Nebula Award, no less). In the story, Pinsker is less concerned with finding out who the victim and killer are (the answer to both is “Sarah Pinsker”), but how exploring all the branching timelines and divergences in life can be both enlightening and dangerous. The Sarah Pinskers in this story have a wide range of careers and appearances, but they all represent a single person and the paths she could have and did take in an infinite number of realities. I would think this story would be just as engaging if the reader put their name in place of Pinsker’s and changed the details of Pinsker’s life to their own. They’d probably find themselves just as drawn in to exploring all the what-could-have-beens as her many selves, but also appreciate the life they have when they see what they could be lacking in place.

Pinsker’s collection of stories has a lot to draw the reader in with its imaginative and thought-provoking narratives and imagery, but what’s also quite notable is the LGBT+ aspect of the collection. Throughout the collection, Pinsker presents characters who are all over the LGBT+ spectrum, and in many cases, it allows for further reading and exploration of each story’s themes and characters. “And We Were Left Darkling” follows a lesbian whose desire to have a child is tied to a bizarre phenomenon; the character’s sexuality is central but not a defining trait. “No Lonely Seafarer” plays with interpretations of siren mythology and does so with an intersex character, something not commonly seen in fantasy or period fiction. Pinsker does not dwell on sexuality and orientation, but instead presents it as another facet of the characters, inviting the reader to pay more attention to their emotions and their actions throughout the stories.

Sooner or Later Everything Falls Into the Sea cannot be recommended enough for fans of LGBT+ sci-fi and fantasy. Pinsker’s collection has such a range and depth to it storytelling and emotional resonance that the reader will be left in complete awe after reading any chosen story. Pinsker’s collection invites the reader to truly imagine and be taken by her stories, and to see that, while the future may be full of frightening, there’s still a humanness that can be found in any corner of the universe or multiverse, and that by exploring as much as we can, there’s a way to end the journey more in tune with the space around them.