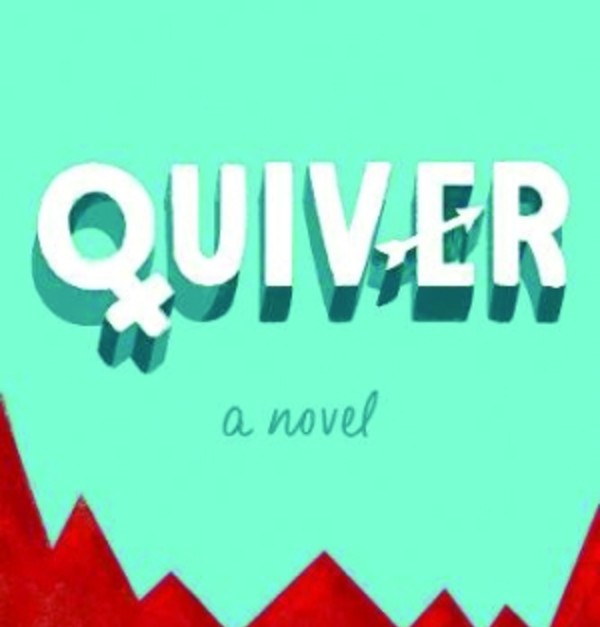 In an attempt to simplify life by moving to the country, Zo’s family coincidentally moves in next door to a fundamentalist Christian family. A gender-fluid teen, referred to using she/her pronouns, Zo strikes a quick but precarious friendship with one of her new neighbors—a girl about her age. But given what she knows about the family next door and their strict adherence to their set of religious beliefs, she feels that she must hide certain aspects of her identity, to which her father notes “It’s not generally in the nature of my outspoken gender-fluid offspring to claim a more mainstream identity just to make people more comfortable”

Libby, short for Liberty, has grown up isolated from the world, told that it’s a sinful place. Outside of church, the only interactions she has as a home schooled teen are with her father, mother, and siblings: Justice, Valor, Patience, Charity, and Faith. Antiquated gender roles are reinforced daily, an ever-present point of tension for Libby, who is very uncertain about her projected future as a housewife, obedient and subservient to her future husband: “I try to hide it, but I know I have a rebellious heart. I ask questions in my head all the time even if I don’t say them out loud.”

Though Zo and Libby begin to trust each other enough to share their confidences and attempt to understand one another, their families are not as open, leading to challenges for the new friends. But even when they are forced apart, things can’t go back to the way they were before. Libby’s questions about her family’s lifestyle continue to percolate and come to a head when she finds out she’s not the only one with doubts.

Lambda Literary Award–winning author Julia Watts returns with her latest book for young adults, Quiver, continuing a streak of novels set in Appalachia featuring characters that transcend stereotype. What makes this novel stand out is that it’s not the character identifying as gender-fluid who doesn’t “fit in,” but rather the teen in a rigid family structure that doesn’t allow room for alternative viewpoints.

The novel, by focusing on extremist Christian views, is over the top as a way of illustrating the differences between the neighboring families. Libby’s family, the Hazlett’s, are characterized by a distrust of medicine, corporeal punishment, and traditional gender roles including patriarchal values. Specifically, examples of these values are when Libby’s dad tells the entire family to fast, including young children and his pregnant wife, and when Libby has to tamper her intellect and physical abilities because she knows that her family believes that its not ladylike to show-off and she doesn’t want to make her brothers feel bad.

In contrast, Zo’s family is characterized by an abundance of openness and acceptance. She has full family support for her gender-fluid identity, while she was dating her girlfriend, Hadley, and with her friendship with Claire, a transwoman. With the father working in a medical profession, even typically uncomfortable topics for children and teens, such as condoms, are not off the table for the Forresters.

Alternating in perspective between Zo and Libby provides insight into illuminated the thread that both Libby and Zo didn’t always agree with the way their families and instead were free-thinking, or learning to be, and able to act upon their own beliefs. Watts keeps the plot moving strategically with descriptive prose that provides depth for the characters without getting distracted from its fast-paced plot.

Though perhaps not a common situation in its extremities, the general conflicts of the book could still be familiar as people from diverse backgrounds learn to accept one another and grow in love. Quiver shows the capabilities of teens to make mature and thoughtful considerations about their life and the possibility for reconciling religion with acceptance and love in a healthy, empowered way. The enduring friendship of these teens with more differences than similarities is a message of hope and forward momentum.

A timely novel, Quiver springboards conversation about family lifestyle and dynamics, the freedom of children to question their upbringing, and the power of friendship to overcome preconceptions.

‘Seneca Falls’ by Jesse J. Thoma
'Spheres of Disturbance' by Amy Schutzer
‘Eleanor, or, the Rejection of the Progress of Love’ by Anna Moschovakis