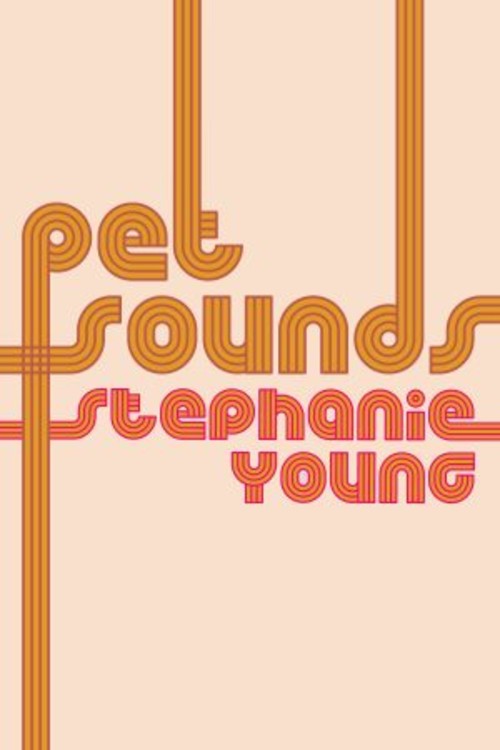 “to be or fare well/now and in the hour of our death” — from “Ave I Via,” Pet Sounds

How does a poet tackle the purposefully-gigantic topic of identity in an age like ours? As Eileen Myles says of Pet Sounds: “Stephanie’s seriously interested in a total ride through relationship and humanity, song, family and what else.” Or, as Anna Moschovakis says, this book (or love) “lets the bullshit in and survives it.”

Sentimentality isn’t the cliché we all throw at it; rather, it’s the crime of oversimplification. Love poems fall into the same taxonomy as identity poems for often this same reason: we aren’t always equipped to allow in all of the parts that fester, stink, rejoice, fill with pus and are lanced away. In order for a collection about identity to thrive and resonate, it must be a collection that lets everything in: that truly shows the nuances and complications of categories and relationships living alongside one another. Young seems to instinctively and lyrically know this; what’s more, she positions the poems within the complicated schema of modern-day Oakland, with the “bungalows ready for your move-in” and whiteness. In a poem that names recent victims of racialized violence, Young ends with an acknowledgement of race (something that Claudia Rankine has gone on record saying white people rarely do): “what didn’t kill us/didn’t kill us.”

The positioning of identity is reached for through the way Young describes her marriage and gender and sexuality, and how they are often at odds with one another: “because something is wrong with my brain/because I believe I’m a dumb girl/and men of a certain class know more than me” and “by the time we slept together/it felt perverse, fucking a man.”

The form enacts content well, here—both in the acknowledgement of the fragmentation inherent in the title (Pet Sounds being a Beach Boys album that is notoriously juxtaposed and fraught, but is also tied to so many in the zeitgeist of memories and relationship memories) and also in that the book is essentially a book-length poem. This shows the continuity, the living-alongsideness that both identity and love require, in order to complicate them.

'Nights at Rizzoli' by Felice Picano
'Scapegoat: A Rennie Vogel Intrigue' by Amy Dawson Robertson
'A View from the Bottom: Asian American Masculinity and Sexual Representation' by Nguyen Tan Hoang