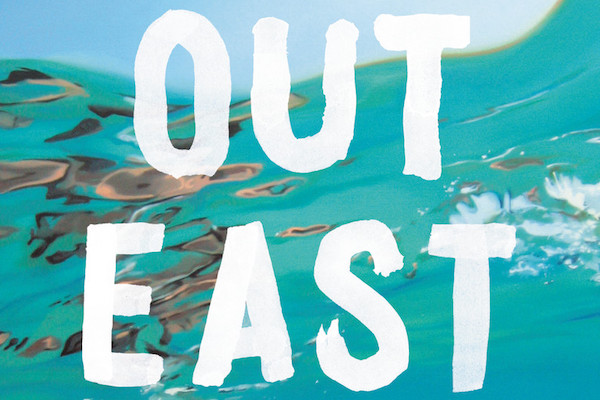 May is here, and we’re back with more new LGBTQ books for your reading list!

This month, we’re looking forward to John Waters‘ memoir, Mr. Know-It-All: The Tarnished Wisdom of a Filth Elder (Farrar, Straus and Giroux). “No one,” the publisher notes, “knows more about everything—especially everything rude, clever, and offensively compelling—than John Waters,” whether it’s

how to fail upward in Hollywood; how to develop musical taste from Nervous Norvus to Maria Callas; how to build a home so ugly and trendy that no one but you would dare live in it; more important, how to tell someone you love them without emotional risk; and yes, how to cheat death itself.

Another memoir out this month–perfect for those warm almost-summer days–is John Glynn’s debut, Out East: Memoir of a Montauk Summer (Grand Central Publishing), a “gripping portrait of life in a Montauk summer house, […] of first love, identity and self-discovery among a group of friends who became family.” 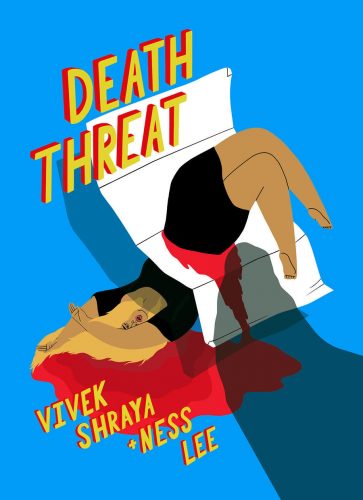 In the fall of 2017, the acclaimed writer and musician Vivek Shraya began receiving vivid and disturbing transphobic hate mail from a stranger. Celebrated artist Ness Lee brings these letters and Shraya’s responses to them to startling life in Death Threat, a comic book that, by its existence, becomes a compelling act of resistance.

Also out this month is Lindsey Drager’s new novel, The Archive of Alternate Endings (Dzanc Books), which “track[s] the evolution of Hansel and Gretel at seventy-five-year intervals that correspond with earth’s visits by Halley’s Comet” […] “through a relay of speculative pieces that oscillate between eco-fiction and psychological horror.”

Award-winning author Ali Smith‘s new novel Spring (Pantheon) is a lyrical exploration of our currently fraught political moment and our riotous collective past.

What unites Katherine Mansfield, Charlie Chaplin, Shakespeare, Rilke, Beethoven, Brexit, the present, the past, the north, the south, the east, the west, a man mourning lost times, a woman trapped in modern times?

With an eye to the migrancy of story over time and riffing on Pericles, one of Shakespeare’s most resistant and rollicking works, Ali Smith tell the impossible tale of an impossible time. In a time of walls and lockdown, Smith opens the door.

The time we’re living in is changing nature. Will it change the nature of story?

In Casey McQuiston’s new novel, Red, White & Royal Blue (St. Martin’s Griffin), when Alex Claremont-Diaz’s mother becomes President, he is “promptly cast as the American equivalent of a young royal”: “handsome, charismatic, genius—his image is pure millennial-marketing gold for the White House.” But then a public relations-friendship with the Prince of Wales begins to go much deeper, turning into “a secret romance with a surprisingly unstuffy Henry that could derail the campaign and upend two nations.”