‘Lie With Me’ by Philippe Besson, Translated by Molly Ringwald

‘Lie With Me’ by Philippe Besson, Translated by Molly Ringwald 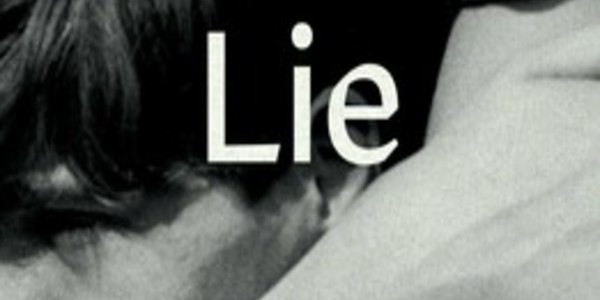 Featuring a teenage protagonist “not any good at sports,” a rural town “doomed to die,” and a taciturn lover with “a serious look,” the premise of French author Philippe Besson’s latest novel Lie With Me, translated by Molly Ringwald, is fairly broad. The work’s simplicity dissolves as the narrative unfolds, though, and it becomes clear that Besson’s written a thoughtful examination of the ways social class shapes the experience and memory of love.

Beginning in 1984 near the countryside in Charente, France, the three-part novel makes art out of the author’s life. From the vantage point of the present, Parisian novelist Philippe, a fictionalized version of Besson, recounts the rise and fall of an affair he began at seventeen with a stoic classmate, as well as the long-lasting aftermath of that first love.

The first part, comprising two-thirds of the short novel, opens by overviewing Philippe’s adolescence. As a teen, the narrator is an unathletic, bookish student attending a rigorous lycée in Barbezieux, a “dying city” surrounded by “the remains of Gallo-Roman churches, and scattered chateaux.” His peers mock his effeminate gait, and the reticent narrator admits only, “I try to ignore them.” It’s immediately apparent that emotional repression, homophobia, and inequality characterize Philippe’s rural milieu.

Against this backdrop the affair sprouts. Well-liked, straight-passing Thomas approaches Philippe at school, and confesses “he can no longer be alone with this feeling.” Studious and unpopular, Philippe is bewildered by the encounter, but Thomas softly explains his desire for his classmate: “Because you will leave and we will stay.” Upon graduation, as the only son of farmers, Thomas must take over “a little plot of land,” and he envies that Philippe, the son of a school teacher, will be free to leave the town and pursue romance elsewhere. The two have sex that afternoon, and they begin to stage covert trysts.

The romance is informed, even fueled, by the boys’ understanding that it will not last. In a telling scene, Thomas visits Philippe’s house for the first time. “A painful admiration” flickers across the lover’s face at the sight of a “crazy number of books in the house neatly lined up.” “What he likes about me is also what keeps me separate from him,” Philippe laments. After a year of “clandestine meetings,” the boys graduate, never to meet again. Thomas begins a family, Philippe his literary career.

The final two brief sections jump to the 2010s, when Philippe, now a famous writer, serendipitously runs into Thomas’s son Lucas while visiting Bordeaux for a book reading. “The boy’s features are the same, the look is the same,” Philippe notes, instantly recognizing the teenager’s identity in a crowd. Having grown up on stories about Philippe, Lucas is happy to have coffee and divulge the secrets of his father’s married life, including Thomas’s true feelings about the time he shared with Philippe.

Elle Magazine branded the novel as “the French Brokeback Mountain,” but Besson’s interest in documenting the social life of the French rural working class makes his work also closely resemble Édouard Louis’s The End of Eddy. Both novels are told from the autobiographical perspective of a sensitive author-narrator reflecting on the troubles of his youth, and each brings to life the pain and endurance of a population that’s been suffering attacks on social welfare and living conditions for decades.

All three novels, of course, explore the emotional toll of homophobia upon gay male interiority. The sexual repression of the books’ agrarian, conservative settings thwarts the possibility of long-term intimacy for Ennis and Jack, Thomas and Philippe, Eddy and any one of his gay peers. Self-hate, self-doubt, and sorrow track these queer men as they navigate environs in which toxic masculinity and heteropatriarchy reign unchallenged.

This kind of narrative’s well worn, and a large part of what makes Lie With Me memorable is the novel’s experimental form. As in the later works of Marguerite Duras, whose austere autofiction the author quotes and analyzes, Philippe recounts his story in fragments, doubts the reliability of his memories, and intellectualizes the passions of desire and the pains of social marginalization. The result’s a familiar tale about the failure of gay love, written in a strange, sharp style that resists the limiting strictures of realism.

“A place is not a question of topography but rather the way we describe it,” Philippe says of space, time, and representation, “not a photograph but an impression.” The novel speeds up to a disorienting pace in the sections when Philippe encounters Thomas’s son, but the gesture seems less an artistic failure than an invitation to feel as overwhelmed as the protagonist upon learning his old flame’s fate.

Molly Ringwald’s spare translation of the novel is moving. It’s no easy task to translate what Susan Sontag, writing of impressionistic twentieth-century memoir, identified as “poet’s prose”: “ardent, elliptical, usually in the first person, often using discontinuous or broken forms […] typically elegiac, retrospective.” But Ringwald’s language is as understated as it is impactful, at once minimalist and affecting.

Introspective and evocative, Lie With Me is an absorbing story about passionate love thwarted by class differences and homophobia. The slim novel takes on a great deal in a short amount of space and establishes Molly Ringwald as a skilled translator.