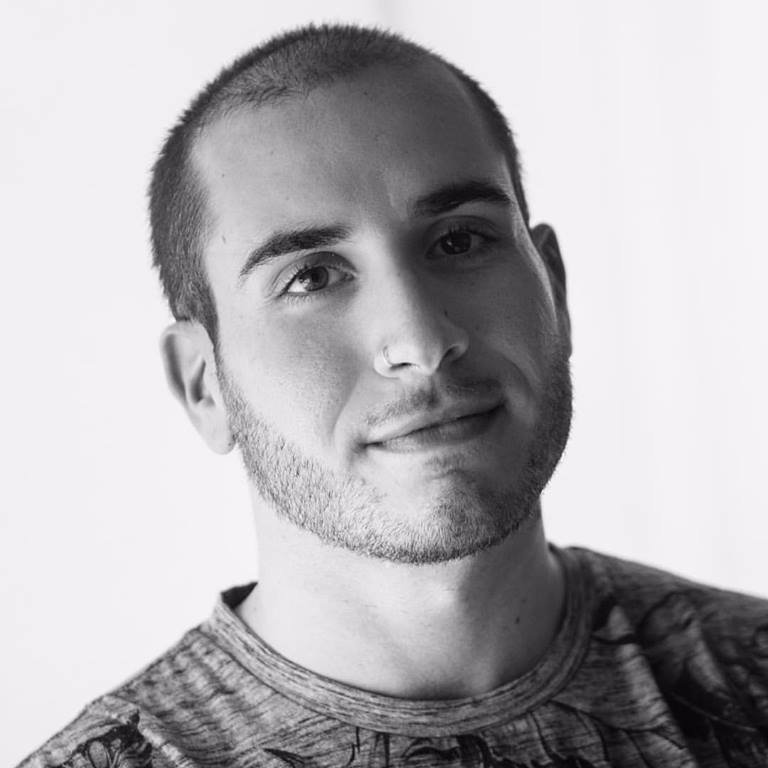 Joseph Cassara’s debut novel The House of Impossible Beauties, a 2019 Lambda Literary Finalist in Gay Fiction, follows the lives of the early members of the House of Xtravaganza, a famous house in the New York City ballroom scene. This novel is about the legacies of family and love, especially for those that the world works against.

In this Q&A with Lambda, Cassara discusses walking the line between reality and fiction, the lack of queer narratives he had access to growing up, and finding a balance between queer tragedy and happiness.

Congratulations on your debut novel, The House of Impossible Beauties. I loved it. What is your relationship to writing as a whole and, comparatively, how do you feel now that your book has been out in the world for almost a year?

Thank you! I’m fairly introverted, so my relationship to writing is an extension of that. I’m very private about it. Almost ritualistic. I like to sit down at my desk in the morning, light a candle, drink my coffee, and be alone with the page. When my book first came into the world last year, it was a jarring experience. Suddenly I needed to read in public, answer questions, face the critics. I had to learn the difference between the private life of the writer and the public face of the author. Now that it’s been out for a year, I’m mostly done with book events and festivals. I can retreat back to the solitude and comfort of my office and work on my next book.

Your novel, which is heavily inspired by the documentary Paris is Burning, is based on the real House of Xtravaganza and features a few of its historical members, such as founding mother Angie Xtravaganza. What drew you to these characters specifically?

I was drawn to the Xtravaganzas because they were the house that drew in most of the Latin queens. On an intellectual level, I was interested in the early racial dynamics of New York’s queer community and how Nuyoricans specifically fit into the mix. On an emotional level, I was struck by Angie’s and Venus’s interviews in Paris is Burning. Like when Venus is lounging on her daybed and telling the camera that she wants to be with a rich man, or when she’s hanging around the piers and says, “I’m hungry.” Or the scene where Angie is dressed to the nines with a Sevillana fan as an accessory, talking stoically about how it’s par for the course that friends can just die at any moment. That’s a chilling thought. As a novelist, I wanted to spend a couple of years thinking about them, exploring their imagined inner lives while also trying to place them into conversation with a lineage of queer art and literature.

Why did you choose to focus on a real house and a few real people as opposed to a completely fictional one, and what was that writing process like? Were there any anxieties about ‘getting it right?’

I purposefully wanted to write an homage that brings attention to the line between reality and fiction. Yes, there were anxieties about getting it right—or at least not getting it wrong—so I tried to ground the novel in as much historical detail as I could. This often came in the form of setting details. I read a lot about clubs like The Saint and Paradise Garage. I listened to a ton of house music because I wanted to internalize the rhythms and repetitions of the beats. I paid attention to the fashion trends during those years. I knew that the book was going to focus mostly on their domestic and inner lives, so I wanted to make sure that the stage, if you will, was set and adorned accurately.

Whenever I think about the concept of ‘getting it right’ in terms of character development—especially for characters inspired by real people—I think the best way to describe my approach is one of distillation. I try to find as much information about their life, hopes, aspirations, personality, and then distill that into a fictional character that feels true. Like when a portrait photographer has to capture someone’s essence with that one perfect shot. Ryan Pfluger is an excellent example of a photographer who does this so well. What do photographers think about? The lighting, the outfit, the background, the glance. All of these come together in an attempt to distill the personality of the person posing for the portrait.

The queer familial aspects to houses in ball culture is a prevalent theme in your novel and is one of the things I loved most. On the flip side, the balls themselves are also an essential aspect to these histories. While we get glimpses of this, most vividly in one section with Juanito, there is more of a focus on the characters and their relationships with each other rather than ball prep or execution. Can you tell me about that choice?

I really wanted to focus on their inner lives and interpersonal relationships. I wanted to watch them eat ice cream, giggle with each other, fall in love, struggle to make ends meet, navigate the big bad city of New York, etc. I think that Paris is Burning does a fantastic job of showing audiences what the balls were like, and that kind of voyeuristic viewing feels right for the documentary medium—it is inherently about the gaze of the camera. But novels feel different to me. The medium itself leans more toward the internal and emotive aspects of the human experience. I think this novel only needed that one ball scene. It’s colorful and thrilling and the language opened up into something lyrical and intense. And then we go back to their inner lives, which is where I was most interested in staying.

The House of Impossible Beauties takes on HIV/AIDS and ball culture, especially within a queer and people of color context. Growing up, what was your experience like in terms of gaining access to queer histories and narratives like the ones presented in your novel?

Sadly, I had little to no access to queer narratives while growing up. When I was in high school, the only mainstream cable television shows that featured queer characters were Will & Grace and Queer Eye for the Straight Guy. I think Queer as Folk was on Showtime, but I did not have access to Showtime. My teachers in school never taught books by queer writers (or writers of color, for that matter), nor did we ever discuss LGBT people in my history classes. When I wanted to form a GSA chapter in my high school, I was met with hostility from my school principal. So many straight people look back on their high school years with fondness. I would never, ever want to relive those years.

Were you worried at all about writing about such a heavy and often tragic topic when a lot of queer media, especially literature, seem to revel in that side of the queer experience?

I think writers and artists need to be honest about how queer people experience the world. Yes, my book is heavy and tragic, but that was part of the reality. I was worried that any kind of sugarcoating would feel emotionally and historically fraudulent.

This book is full of such vibrant passion, happiness, and love. It has very heartwarming moments, as well as heart-wrenching ones. How did you go about giving an authentic portrayal of such a heavy and often unhappy story without making it the complete queer tragedy we can often find in media?

The risk of writing about tragedy is that it can feel overwhelmingly bleak and unpleasant to read. I knew that if I wanted my readers to have an emotionally complex experience with the novel, I would also need to focus on moments of tenderness, humor, and intimacy. I think the scenes where we can follow the characters laughing together, being young, falling in love, and throwing shade all serve to balance out the really dark and intense moments. I think the world and human society can be horrifying, but there is also so much beauty out there. I wanted to write a book that focused on both the light and the dark, while trying to reconcile the question of how we can find beauty in a world that can be so difficult to live in.

As a side note, I think sex scenes can also balance out unhappy stories. A book about queer people that doesn’t pay attention to our sex lives feels…not accurate to how we actually live and experience joy in our lives.

With your novel now among other media that honor or pay homage to the ball scene, (Paris is Burning, RuPaul’s Drag Race, Pose) what are you hoping readers specifically get from The House of Impossible Beauties, especially those who were unaware of these histories?

I hope that readers will pick up my book and feel a wide range of emotions. I would like for them to laugh at the humor and cry at the sadness. I also hope that readers who are not familiar with aspects of the queer community will be more inclined to search for more books, television shows, and movies—like the ones you list—that explore the lives of queer people of color.

oseph Rey is a queer Chicano writer and scholar whose interests revolve around queer representation in literature and television, especially that of characters of color. He is a Los Angeles native, a lover of storytelling in any form, and hopes to contribute many stories to the world that reflect his experiences and the experiences of those on the margins of society. You can find him talking about Buffy the Vampire Slayer or the newest films on twitter @JosephJessRey