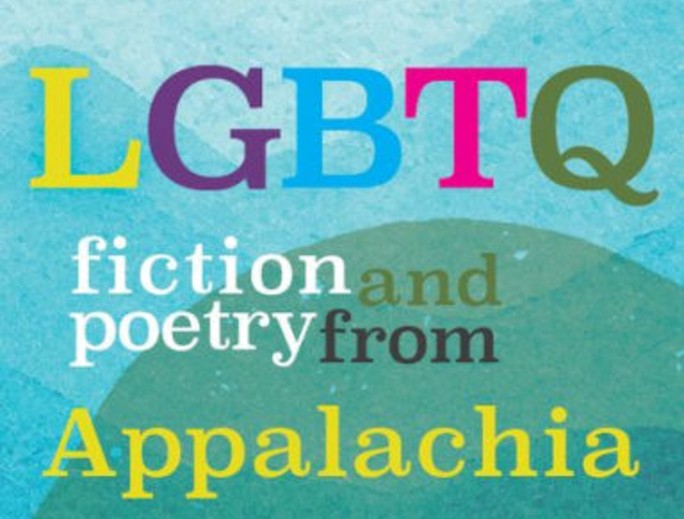 With LGBTQ Fiction and Poetry from Appalachia, Jeff Mann and Julia Watts have assembled a first-of-its-kind collection of works by queer Appalachians. Fans of the poetry of that most famous Appalachian writer, bell hooks, will find that the region is fertile territory for writers of all stripes, from the somewhat experimental feminist poetry of Doris Diosa Davenport to the heartrending teenage queerdom represented in Jonathan Corcoran’s The Rope Swing. The lists of accolades, publications, and prestigious positions attributed to these authors are staggering; the people highlighted in these pages are all well-established and often highly awarded, which implies a much broader collection of queer writers from Appalachia than previously imagined. Many of the authors included here are professors in universities dotted along the outskirts of small Appalachian towns, who must inspire legions of nascent queer writers just beginning to experiment with both writing and their own sexuality.

Fenton Johnson’s “Bad Habits” is a cruel portrait of a young gay man living a stunted life on a farm he can ill maintain, with a lover who doesn’t love him. Like the narrator in Silas House’s “How To Be Beautiful,” even though living out in the country means hiding covert expressions of the self, Nick can’t imagine leaving his home and resists his sister’s efforts to get him the hell out of there. Themes of loneliness, secrecy, and familial hostility are pervasive throughout many of the works in this collection; House’s narrator hears a refrain of “I’d rather you be dead than queer” from his mother. In Julia Watts’s “Handling Dynamite,” butch lesbian or trans man Ronnie (who never self-identifies) successfully hides their breasts from everyone in their mining town, including their wife, until an accident in the mine sends them into the doctor’s house. Everywhere, the consistent messaging seems to be that there’s no tolerance for any so-called abnormality.

Mesha Maren’s “Among,” though one of the shortest pieces in the collection, is densely packed, efficiently highlighting the conflict between a lesbian relationship in the city and the friendship of the women in her hometown. Like many of the pieces, the question of coming out is highly charged; Maren illustrates a longing for the world her narrator was raised in that makes her question whether being out, even being with her partner, is worth it if she’ll lose her hometown. The Appalachian landscape seems to exert a magnetic pull that one doesn’t want to fight against, but rather desires to fold back into that life, even for those who willingly and willfully escaped to cities.

Food also plays a large role in the attraction of the Appalachias, a dozen references littering the pages. Comfort foods—cornbread, green beans, bacon grease—all wrap their salty arms around these authors, the one thing that will let them keep home with them wherever they end up. Food represents family and the land and the casual intimacy of small town gossip. They often talk about grandmothers preparing the food or their ghosts being invited to the table, asked to pray in Jeff Mann’s queer household in “Yellow-Eye Beans.” It’s almost as though the homes they long for can be brought into their new homes in Ball jars. In Savannah Sipple’s “Pork Belly,” your body stands in for the pig, the meat of you being preserved in salt, your dreams dripping like hot grease. Kelly McQuain brings the conflict between food and freedom to the forefront, asking “what if you’d rather be the hunger / than a child spoon-fed?”

Nickole Brown and Savannah Sipple both created list poems regarding their sexuality and the ways in which they hid or came out, as well as the simpler questions of how queerness works that all of us faced at one point or another. Brown writes: “That’s how I wasted most of my worry—dumb-ass / questions that do not matter. Who should open // the door? Who to pay for dinner? Who to lean in first with whose hands / braced strong to the jawline? Who in the tie, who in the dress, and what / about all this long, long hair?” Sipple explores doubt and writes “A List of Times I Thought I Was Gay”: “10. / When I saw you clothed. // 11. / And imagined you naked. // 12. / When I saw you naked.” Their poems are utterly and universally relatable to anyone who’s questioned their sexuality, whether they come from a religious, small-town background or a big city.

This anthology is a mishmash of the joys of discovery and new worlds, the frustrations of hidden romance, difficult relationships with (often religious) parents and grandparents, and above all, the confounding element of desire, whether for home, a lover, acceptance, or freedom.