‘Brown White Black: An American Family at the Intersection of Race, Gender, Sexuality, and Religion’ by Nishta J. Mehra

‘Brown White Black: An American Family at the Intersection of Race, Gender, Sexuality, and Religion’ by Nishta J. Mehra 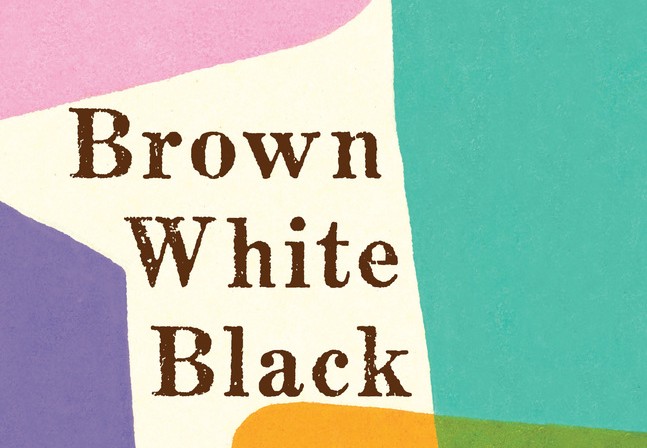 Nishta J. Mehra’s latest essay collection begins with a “Sharpie-wielding barista” asking her name for a coffee order–something Nehta notes “should be a simple enough question, one that generates an automatic response.” But as many people of color and in the LGBTQ community know, it can often be anything but. She talks of this pain with frustration but she is dedicated to her own name:

But as tempting as it is to invent a name or use my wife’s—Jill—I love my given name too much to pretend that it’s something else. I’m one of the few people I know who always liked her name. Nishta Jaya Mehra. Its assonant, rhythmic, melodic, and yes, unique: even among Indian kids there aren’t many Nishatas. Because I love my name, I refuse to not use it. I refuse to have it be ignored, to have it go unsaid, to let people call me “Nina” or “whatever you said your name was.”

Brown White Black is a deep dive into the concept of intersectionality, an idea explored by Audre Lorde throughout her career, and the book details the layered experiences of discrimination faced by Mehra and her queer American family. The title (which echoes Rebecca Walker’s 2005 memoir, Black White Jewish) also intimately describes the racial makeup in Mehra’s own household: Mehra is a queer bisexual American-born daughter of Indian immigrants, whose wife is white, and together they adopted an African American child, Shiv, who identifies as a girl. As she writes about her efforts to protect Shiv from stereotypes and racial bias, Mehra revisits her own childhood in the racially cemented blocks of Memphis, Tennessee:

I was born brown in a city divided into black and white. Throughout my childhood, Memphis was a shockingly segregated place, a city full of shorthand codes about who belonged where. The rules were never explicitly stated, but I grew up with an internal map where boundaries were clearly delineated.

This is Mehra’s second book, and both Mehra and Picador, its publisher, consider it a collection of essays. For me, though, Brown White Black feels more like a memoir, its tentacles reaching through timelines as our aching feet never leave the complicated viscera that is race in America, performativity, transracial adoption, gender, religion, queer identity, parenting, and LOVE in its many forms. Throughout, Mehra’s tone remains consistent, a sincere mix of realness and resistance.

Brown White Black is broken up into twelve essays/chapters with engaging titles–‘Wrestling with Ghosts’, ‘Cult of Motherhood’, ‘Making Space’, ‘Pretending to Be White’, ‘Raising Shiv’, and ‘Working the Trap’–none of which feel too tight or buried with unnecessary language. Finishing one feels natural; there is a clear sense of pause which pushes the desire to hear more about the tumultuous journey of this beautiful American family.

Mehra’s book, whether a memoir or a collection of essays, is a narrative that mixes a kaleidoscope of stories honoring what is both complicated and beautiful. It allows a world that is at once ephemeral, painful, and delicately raised in truth telling, and truly exemplifies Lorde’s meaning of “Honoring the Difficult.”