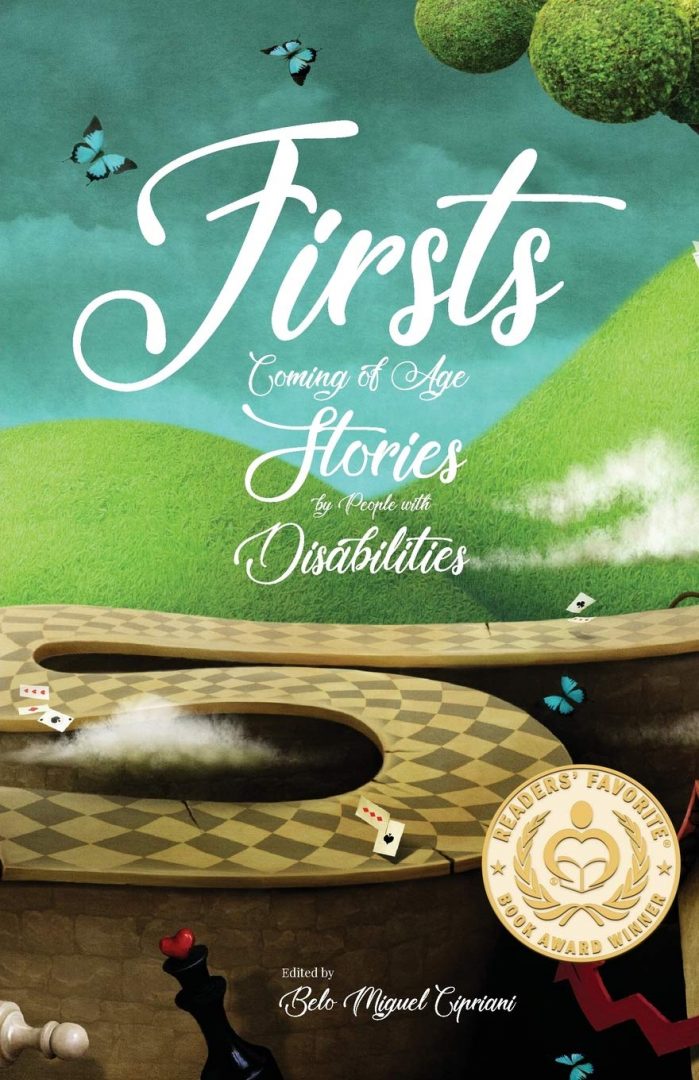 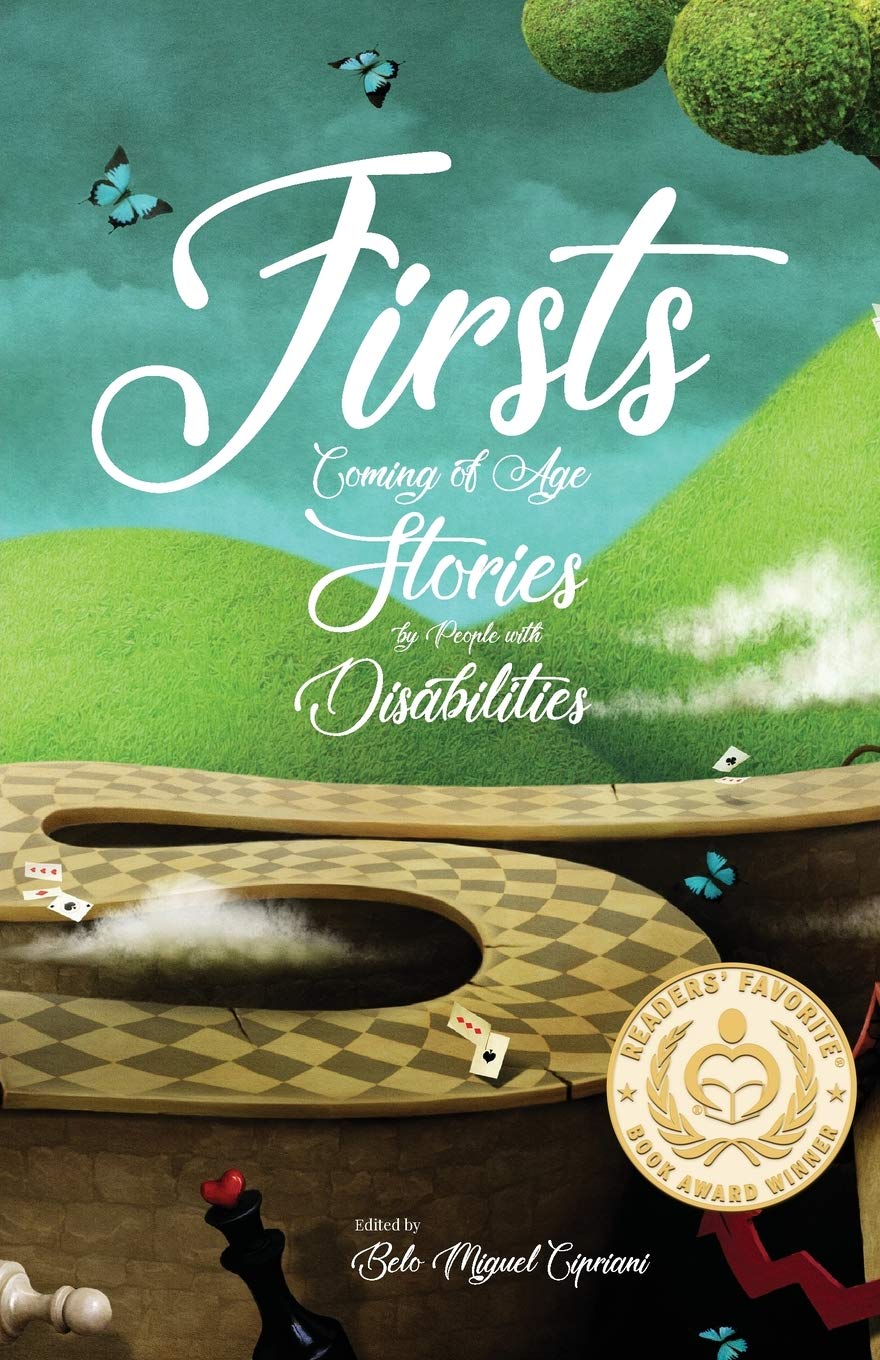 After becoming blind in his late 20s, Belo Miguel Cipriani found himself in search of disability stories. “As a gay teen,” he writes in his introduction:

I found great comfort in the writings of Gore Vidal, James Baldwin, and Edmund White. So, it felt pretty natural to seek comfort in literature once I learned the rest of my life would be spent in darkness.

After countless hours of audiobooks, though, he was struck by “how little discussion there is of the rites of passage of people with disabilities.” This was the genesis for Firsts, his anthology of coming-of-age stories by writers with disabilities, published in October by Oleb Books. But Cipriani’s book does not simply tell the stories of how these writers’ disabilities happened, it tells about the firsts in their lives. Their firsts in independence, first jobs, schooling. Love. Sex. This review will focus on essays by three LGBTQ contributors to the anthology: Caitlin Hernandez, David-Elijah Nahmod, and Andrew Gurza.

“Star Words,” by David-Elijah Nahmod, begins with Nahmod’s early, relatively happy childhood in an Arab/Jewish family. “We were Jews but we were also Arabs,” he writes. “We were hardly the All-American, Caucasian family my parents fervently believed themselves to be.” Upsetting this life is Nahmod’s enthusiasm for a movie musical, which leads his parents to believe (correctly) that he’s gay. As Nahmod puts it, “I was branded for life.” In 1964, at the age of eight, he was committed to a Children’s Psychiatric Ward at the advice of a rabbi. During three months in the hospital, he was treated with Thorazine (now banned for use on children) and received electroconvulsive therapy. This left Nahmod, in his words, “an emotional wreck.”

A fascination with TV and movies just may have saved him. It motivated him to interview a disabled cast member of the TV show Passions, who became a big inspiration to Nahmod. And in spite of a discomfort with crowds, Nahmod has carved out a career as a writer and interviewer.

Caitlin Hernandez’ essay, “Landmines,” follows her efforts to find love and sex despite her blindness. Much of her essay is also about a male friend, to whom she becomes close. As they are both gay, the relationship is, to say the least, complicated:

The hopelessness of the situation was, to my mind, absolute. We’d each loved both men and women but I’d been with more women and he’d been with more men. He was excited and carefree about love; I was frightened and cautious.

Nonetheless, there are touching, loving, and funny moments between them, such as going to a concert where she sits behind a pillar (“I figured you wouldn’t mind taking one for the team,” her friend says), walking and talking together, and eventually, making love. “I’d taken a chance,” she writes, “a wild, graceless leap off a long-feared precipice—and not only was I intact, I was better for having leapt.”

Andrew Gurza’s essay, “Baring It All,” is at times funny and at times brutal in its story of Gurza leaving home for college and his quest for sex. This is another difference in Firsts: most books do not talk about people with disabilities having sex lives. This one does. Gurza opens the essay describing the routines his caregivers would go through to bathe and dress him daily, and how being naked in front of other people was something he had become used to living with cerebral palsy.

“I wanted so badly to be touched in a way that was different than I had ever been before,” he writes. “In my head I had fantastical daydreams of being swept up out of my wheelchair feverishly and undressed by a beautiful man who wanted me just as much as I wanted him.”

He makes contact online with someone, laying bare his desires and his disability. The resulting encounter is everything Gurza wished for, but it comes to a shattering conclusion, one that eventually changes him. “Ultimately, though, being naked for the first time with a man was a stepping stone for me as a queer, disabled man,” he says.

Cipriani’s anthology is at times entertaining, but it is moments like these that make it truly inspirational. The essays in Firsts are a well-written blend of funny, sad, informative, and ultimately life-affirming personal stories, and the collection is recommended highly.