Lambda Literary is pleased to announce that poet Hannah Ensor and journalist Robert Fieseler have been named winners of the 2019 Judith A. Markowitz Award for Emerging LGBTQ Writers.

The award recognizes LGBTQ-identified writers whose work demonstrates their strong potential for promising careers. Each award includes a cash prize of $1,000. The judges for this year’s prize were authors Chen Chen and Nahshon Dion Anderson.

About Hannah Ensor, judge Nahshon Dion Anderson shared, “Hannah Ensor is a lustrous young talent. She showcases her interest in the world and the media via her debut book of poetry, Love Dream With Television, which demonstrates breathtaking breadth and depth. She is emerging in every sense of the word. Ensor’s evocative and propulsive poetry, her exemplary devotion to LGBTQ communities, and her goodwill approach to thinking and existing demonstrate how richly deserving she is of celebration.”

On Fieseler, judge Chen Chen wrote, “Robert Fieseler’s nonfiction work, Tinderbox, is a critical and beautiful intervention, bringing not only the light of extensive research to the Up Stairs Lounge and the LGBTQ community of 1970s New Orleans, but also—and crucially—the warmth of precise detail. Fieseler is a skilled storyteller, never forgetting the people-sized dimensions of the people he writes about, while weaving their narratives into larger histories. Fieseler’s dedication to storytelling is key to his approach to activism, as well—fighting to preserve queer documents and archives, and sharing his own experiences with GSAs and other student-led organizations. In Fieseler’s hands, memory is an act of protest.”

Ensor and Fieseler will be recognized as the winners of the Judith A. Markowitz prize at the 31st Annual Lambda Literary Awards ceremony on June 3 in New York City.

The awards ceremony is open to the public. Tickets can be purchased here. 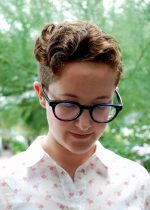 HANNAH ENSOR is a poet and essayist living in Ypsilanti, Michigan. With Laura Wetherington and Jill Darling, she co-wrote the collaborative poetry chapbook at the intersection of 3, and with Natalie Diaz she served as associate editor of Bodies Built for Game, an anthology of contemporary sports literature. In September 2018, Noemi Press published her first book of poetry, Love Dream With Television; it was written in Tucson, Arizona. 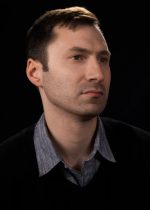 ROBERT W. FIESELER is a journalist, a Pushcart Prize-nominated essayist and the author of Tinderbox: The Untold Story of the Up Stairs Lounge Fire and the Rise of Gay Liberation – winner of the Edgar Award in Best Fact Crime and finalist for the Randy Shilts Award for Gay Nonfiction. Fieseler graduated co-valedictorian from the Columbia University Graduate School of Journalism and is a recipient of the Pulitzer Traveling Fellowship and the Lynton Fellowship in Book Writing.