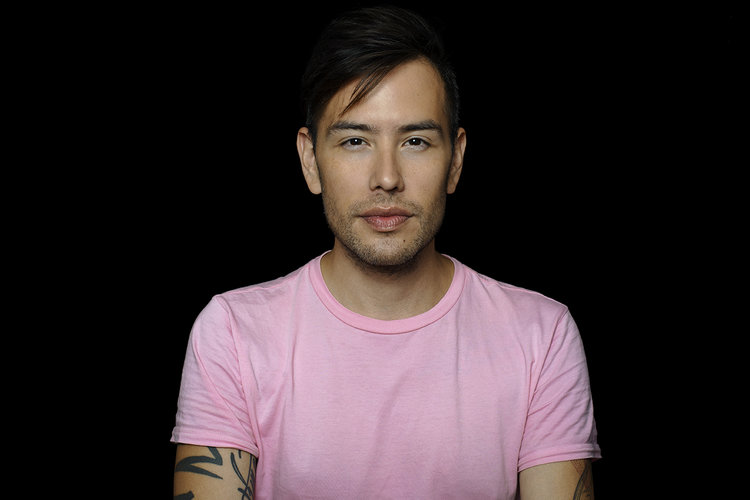 Tommy Pico’s book-length poem IRL opens on an invocation of the Muse, in this case a just-unavailable-enough crush, and the excellent sentence “Regret is a gift that keeps on giving.” This direct, familiar approach to private feeling calls to mind an aside from poet and dance critic Edwin Denby: “I am assuming that one knows what it is to be ashamed.” In line with regret and shame, I’m assuming you know what it is to have a crush, to be situated in an unlikely future and tremulous present, stuck in a timeloop of fear and desire that keep on giving.

Pico, a Kumeyaay poet, has spent the past several years working in longform. His Teebs series, including the long poems IRL, Nature Poem, and Junk (published between 2016 and 2018 by Birds LLC and Tin House Books), explores relationalities of crushes, hookups, partnership, and friendship while offering a queer, anti-colonial, New York look at the structures of violence underlying our lives.

These poems value the vulgar and silly, as they mingle laffs, puns, and gummies with colonialism, death, trauma, and our society’s disgraceful treatment of Janet Jackson. Humor is crucial for making sense of what we contend with and what we’re doing to get through, and Pico’s playfulness slips in and out of engagement with everyday reverberations of violence.

The tension between needing to be real about what’s happening and the difficulty of holding each other’s pain, all day, every day, pulls through the books. Experiencing sociality, I’m reminded on the regular of Teebs (Pico’s speaker/amped-up alterego) battling with himself in IRL to “Keep it light keep it light” at a party where the social contract demands an emotional remove, but in reality there’s alcoholism and martial law to contend with, and if we’re gonna talk, it’s gotta be all out there on the surface. In Nature Poem, determining what even belongs in a reflection on “nature” is a calculus of what we can manage to care about when it’s all too much. As Teebs knows, domestic violence, structural poverty, environmental racism, and nuclear disaster don’t mean we can’t marvel at bioluminescent fish. But most often we hold in a state of low-key cognitive dissonance, unable to reconcile the simultaneity of small pleasures and normalized large-scale destruction. If we’re conscious of the destruction at all, that is.

In Junk (a finalist for the 2019 Lambda Literary Award in Gay Poetry), Pico confronts us with the invisibilized mass murders that founded our cities, calling out discrepancies in how we look and what we see: “Oppression is the wages of comfort We walk down 14th Street and you see 14th Street but I see a massacre Lenape land.” It’s another kind of violence to walk through the city and never speak of this. Condensed into an instant of looking, failure to connect in the historicized present reverberates out, estranging us from each other far beyond the time it takes to have the interaction itself. The pain of distance is aloneness in experience—in moments like this, Pico is asking us to inhabit it with him.

As they explore these shared concerns, each volume of the series finds its own form: IRL moves in narrow, elongated passages, extending over pages and pausing at section breaks, while Nature Poem progresses through discrete pieces that build on, undermine, and call back to themselves. Next up, Junk streams in a continuous feed of long-lined couplets, where meaning accumulates in relations generated by their contents’ jostling and rubbing up on one another. It’s a form of urban crush, our inability to escape the press of strangers’ bodies, emotions, needs, and it facilitates Pico’s engagement with the ways public hatred shapes queer desire.

Uncertain whether it’s dark or secluded enough to be intimate outside our apartments, Junk’s sexuality spreads out into dimmed movie theaters, karaoke booths, and bathrooms. Teebs responds to this pressure, and the move to eroticize it, “Desire informed by danger I can’t exist that way in my body I live too much in danger’s pocket My kink is minding my business but the poem is more hospitable.” Still, just as present as the impulse toward safer privacy is the inexhaustible drive to go make out again in the karaoke room he’s been 86ed from on more than one occasion. In the irreconcilable conditions of needing to keep ourselves alive and refusing to hide in our homes, the poem shoulders its way into a space where we can be open about what we want.

The connective potential of this space is key, because we need each other to make it through the violence visited on us in a world of queer-antagonism. IRL maps Brooklyn and its familiar hazards in a cross between self-soothing repetition and hyper-vigilant caution: “If you walk parkside, men on benches will call you faggot, spit toward you and sometimes even follow close behind.” No matter what kind of man you look like, walking with your friends who aren’t men affords them protection. Reckoning with this, Teebs doubletakes, “goddamn, my faggot ass makes men hesitant?” Still, no matter how careful you are, “these rules are subject to change at any time and you may be hit or spit on, eye bulging broken nose stabbed pounced, and left for dead.” The section ends with a reframing look at the leverage we get from being feared and hated: “Wipe your face off, bitch. There is a kind of power in being reviled just for being… hate so swoll it destabilizes something about their everyday.” Pico’s figuration of the profoundly unsettled street harasser makes room for us to envision potentials for the revolting power we’re given.

One of the pleasures of a longform work is the contingent, responsive interaction it has with everything else you come across while reading it. I think of a long poem as an expanding and contracting field, pursuing process, a spiral through digression to recurrence. And in the interim, life happens, and the poem happens back. During my most recent read through Junk, I was living side-by-side in Edwin Denby’s poetics of queerly wavering the public-private line in 1940s Manhattan. In the 21-poem-long “A Sonnet Sequence: Dishonor,” Denby looks into anonymous urban density, where “a million people are a public secret” who move alongside without seeing each other, and find in it a subjectivity. After everything we’ve been through together, “Love has not stopped, has not started by fucking.” Denby entered urban experience as an observer, finding himself in others who remained at a distance, while Teebs is a more immersed participant in the city, acting and being acted on. Both are finely attuned to the emotional workings of urban presence—a sensitivity I’d think is, at least in part, born of the need to be ready to react at any moment—and to the impact of our often-failing attempts to connect. In Denby, that looks like the city-wide, stalled drive to love each other even fucking can’t kick into gear. In Junk, which is, among its many other beings, a process of recovery after a breakup, it looks like being present together, knowing we need to let go. Reading Denby’s “love has not stopped, not started by fucking” next to Pico’s “we lie quiet in the buff, not touchin,” in the same day and intervening decades, my movement toward connection jolted forward again.

But how do we come together in a world that wants to kill us (and some of us more than others) without hurting each other worse? Junk unearths the trauma-bonding foundational to much of queer connection. On telling a boyfriend that he loved him the day after the Pulse massacre, Teebs reflects, “You were a sanctuary for my grief… A human shaped mate of devastation.” If we use each other to get through, it’s easy to turn friends and partners into holding rooms for our pain. In this mode, Pico’s work pushes us to unlearn the coping mechanisms we’ve outlived and make a break for the present.

Feed is forthcoming from Tin House Books in the fall of 2019.

'From Where We Sit: Black Writers Write Black Youth' edited by Victoria A. Brownworth
'15 Ways to Stay Alive' by Daphne Gottlieb
'Alexander McQueen: Blood Beneath the Skin' by Andrew Wilson

Charles Theonia is a poet from Brooklyn, where they are working to externalize interior femme landscapes. They are the author of Saw Palmettos, an art book on hormones, community, and the brain-time continuum (Container, 2018) and chapbook Which One Is the Bridge (Topside Press, 2015). With ray ferreira and Abigail Lloyd, they coedit Femmescapes, a magazine of queer and trans affinities with femmeness.