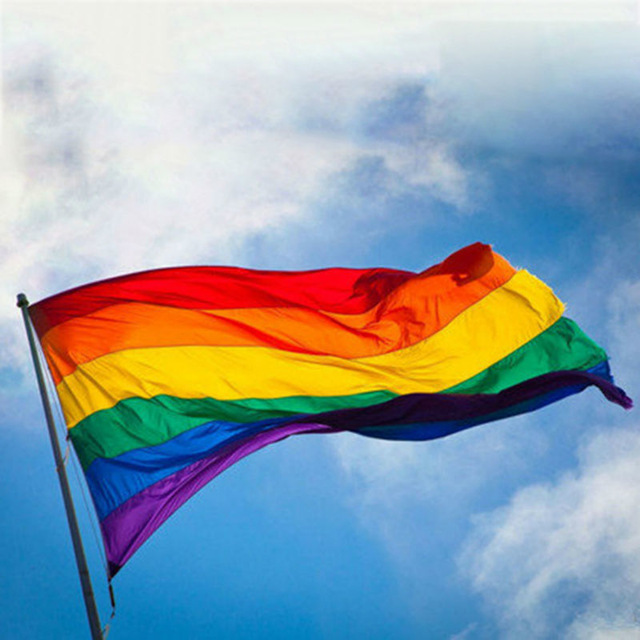 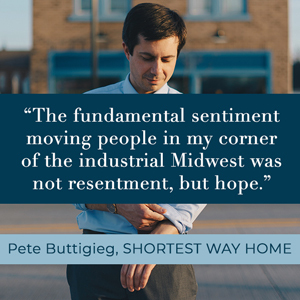 In his memoir Shortest Way Home, rising political star Pete Buttigieg posits queerness as an integral part of America’s future. The mayor’s campaign draws media awareness not only to LGBTQ+ identities and leadership but to the specific circumstances of queer folks in the midwest and other underrepresented regions. After all, certain indigenous traditions made queerness a stable of Early American life before Europeans colonized our land. We find that the most popular narratives and imagery of queer Americana center either the East Coast, the West Coast, or the deep South. Many of us can recall seeing AIDS crisis-era awareness flyers, theater, and other cultural outlets from New York City. Likewise, we read queer literature published out of the “gay hubs” of California. Some of us can relate to the popular stories about feeling repressed in an evangelical, conservative Southern neighborhood. Queerness isn’t limited to the geographical perimeter of our country, though. We can look past Brokeback Mountain to promote other artistic and literary representations of being gay in the USA. 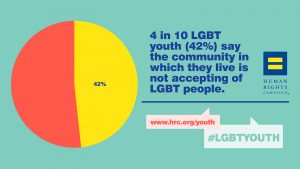 On April 4th, Leila Fadel of NPR publicized a study about LGBTQ+ people in rural and agrarian communities. The study from the Movement Advancement Project describes that around 5% of rural people are queer. Additionally, 20% of the US’s LGBTQ+ community lives in these rural areas. According to Logan Casey, a policy researcher with the Movement Advancement,

“The most important goal was to work against the stereotype that LGBT people only live in the cities or on the coast … They are a fundamental part of the fabric of rural communities across the country.”

The study also highlighted how LGBTQ+ people in rural locations navigate two parallel systems of obstacles: homophobia and the issues that most small-town residents face including racial disparities, limited health care, financial instability, and the opioid epidemic. This research is a new addition to similar projects, like The LGBT Divide and Brandon Wallace’s “Don’t Forget About Us in the Middle,” that chart LGBTQ+ identities outside of the East and West coasts 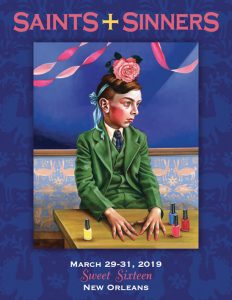 “The Saints and Sinners Literary Festival was founded in 2003 as a new initiative designed as an innovative way to reach the community with information about HIV/AIDS, particularly disseminating prevention messages via the writers, thinkers and spokes-people of the LGBT community. It was also formed to bring the LGBT literary community together to celebrate the literary arts.”

Festivals such as Saints and Sinners provide a platform from which LGBTQ+ people can meet one another and share their literature across the states. While many individuals cannot afford the financial or time expense of traveling to an event like Saints and Sinners in person, interested people may refer to the program proceedings or the upcoming anthology to get a taste for queer writing across the country.

Following my earlier disclaimer about the expenses and difficulties of physical travel, individuals within the Washington, DC area may find community and some fantastic reading material at the annual OutWrite festival. This year’s program begins on August 2nd and ends August 4th. Even those outside of the metro area can participate in OutWrite by submitting creative writing to the chapbook competition. The competition is open to online submissions and runs from April 1st to May 25th. Furthermore, DC locals can volunteer, perform public readings, or encourage young artists to apply for the Young Artist Awards. 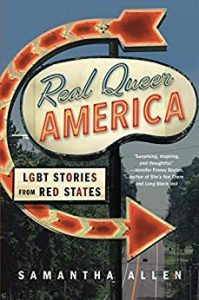 Samantha Allen turns the road trip narrative on its head when she travels across the United States and discusses the red state attitudes toward and about LGBTQ+ people. The reader follows Allen across Utah, Texas, Indiana, Tennessee, Mississippi, and Georgia to ask about (un)acceptance, hospitality, and finding family in the most unexpected places. The journalist confronts homophobia and transphobia in small towns, Southern cities, and rural communities while providing a sense of hope that all is not lost for LGBTQ+ belongingness.

Real Queer America presents an honest, unflinching perspective of being queer and trans within various communities.

If you are interested in finding out more about this title, read a review of Real Queer America by Lambda Literary’s D. Gilson. 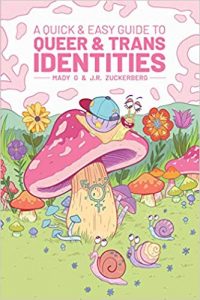 In many states, straight/cisgender and LGBTQ readers alike encounter censorship. “No promo homo” laws in several states prevent librarians and teachers from stocking books about queer characters and relationships. Young readers may not know where to turn to find literary representations of themselves or of their LGBTQ+ loved ones. An upcoming book by Mady G. and J.R. Zuckerberg seeks to educate young and old readers alike about the basics of LGBTQ+ identities.

This guide, in particular, appeals to readers because of its comics format. G. and Zuckerberg combine beautiful illustrations with non-condescending lessons about pronouns, sexual orientations, and respect. Readers across the U.S., especially those who live in states with “no promo homo” laws, will benefit from this practical guidebook. Because the book is currently priced under $10, queer folks and allies may want to purchase this text as a gift for family members or coworkers who need some extra guidance about the LGBTQ+ community.

This conference met a couple of weeks ago, from March 21 – March 22, 2019. Activists, researchers, and students alike all converged at the Washington University School of Law in St. Louis, Missouri. There, Sharon McGowan — Lambda Legal’s Chief Strategy Officer and Legal Director — served as the keynote speaker. 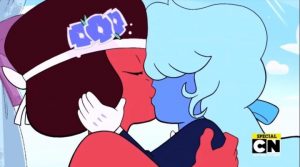 Bits and Bobs
Considering the wealth of new LGBTQ book releases scheduled in 2019, readers may also want to anticipate the following entertainment news:

And that’s it! Tune in next time for more LGBTQ+ news.

‘The Kiss of Walt Whitman Still on My Lips’ by Raymond Luczak
A Poem by R. Zamora Linmark
Armistead Maupin: The Last Tale