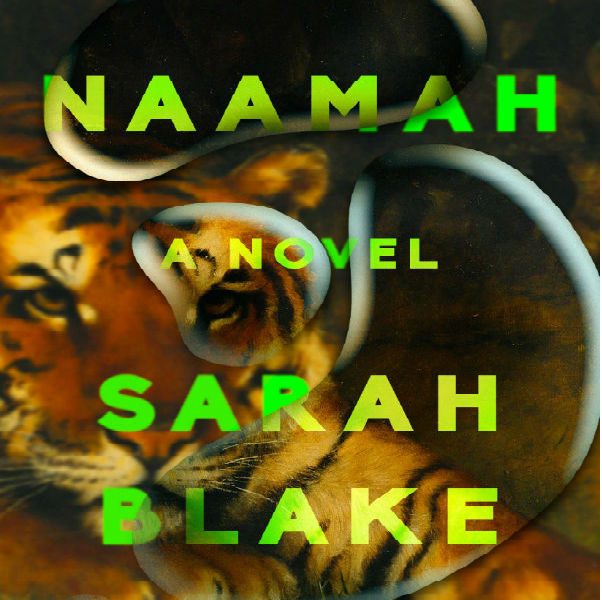 It is, literally, a first-world problem: the psychic burden of living through this stretch of the Anthropocene as a product of a wealthy nation that has done more than its fair share to call the future of the earth and its inhabitants into question. Those who bear it walk in terror and guilt and rage against an injustice in which we are thoroughly implicated, the emotional temperature rising as a succession of headlines ever more precisely charts the course of our doom.

While the pace of our destruction may be novel, these feelings are not quite new, suggests the poet Sarah Blake’s vivid first novel, Naamah. They are as old as the Old Testament, where Noah and his family received the heavy gift of being appointed lone custodians of life on earth.

Blake’s protagonist, Naamah, is Noah’s wife, although the Bible’s version doesn’t bother to name the women on the Ark. Nor, for that matter, does it go in for psychological analysis, its author being more engrossed in topics like boat-building and animal husbandry. Blake is engaged with these practical matters, too, and many of the pleasures and astonishments of Naamah spill from this source. In a world the size of a ship, how would you feed the tigers? Exercise the wolves? Advise your children on family planning?

Naamah has the answers. She is, as one daughter-in-law says, “the one who’s always plowing ahead, unfazed by dead animals, broken doors, injured legs, the same food over and over.” But she is also disintegrating under the pressure and frustrated by her family’s chirpy attempts at theodicy. To escape, she goes swimming—alarming the others, who “don’t have much patience left for Naamah’s latest ideas about what might make her happy. They don’t realize it’s harder for her, trying over and over again to dream up ways to be happy, and mostly being wrong.”

More deeply than the others, Naamah mourns the ranks of the dead—who include her own female lover. That she had one is not posited as a betrayal of Noah. In an age of boundaries thin enough for God to amble down for a casual chat with mortals, why might not two women might share their bodies without leaving less for their husbands? Whatever the nature of the “wickedness” that caused God to exterminate the bulk of humanity, traditional sexual morality does not seem to have much figured into it.

If man’s exact transgression is unclear, it’s not for lack of communication from the heavens. A parade of celestial beings (including not just God but fellow Biblical matriarch Sarai, a jealous fallen angel and a friendly shapeshifting cockatoo) appear to Naamah in a series of dreams and dives below the floodwaters. Swirling with symbols and heady questions—what does it mean to be a woman? How exactly is God’s presence distributed throughout creation?—these sojourns in other realms might have become unbearably high-flown. Instead, thanks to Blake’s attentive world-building, they read as natural side missions from the story’s ur-science-fiction narrative of a ship traveling through strange new dimensions.

We know where the journey ends: here, on this still-imperiled planet. Yet Blake engineers plenty of suspense from the tensions between predators and prey, divinities and mortals. Consoling a daughter-in-law overwhelmed by her responsibility to regenerate the human race, “Naamah wonders if God has considered this: women so distrustful of Him that they might never bear children for this new world.”

“‘You put us all at risk by not believing in Him,’” her daughter-in-law alleges later. Naamah is a questioner by nature, but it isn’t fair to say she lacks faith. Touched by God, she prefers to place her trust on more stable ground: the home that is the body, the intricately wrought creatures around her, and her own deep competence in caring for them.

Like the ark itself, Naamah houses an improbable bounty of life. Blake has packed a remarkable amount of earthly experience—wondrous and funny and queasy and erotic—into an ancient vehicle, and made it sail.

'For the Ferryman: A Personal History' by Charles Silverstein
'Beyond Magenta: Transgender Teens Speak Out' by Susan Kuklin
‘Call Me Home’ by Megan Kruse