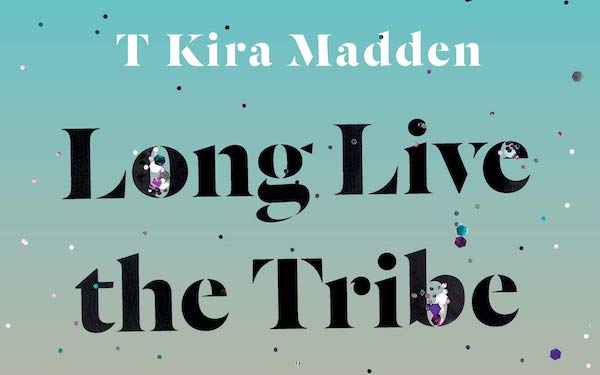 T Kira Madden’s Long Live the Tribe of Fatherless Girls is a grim, but hopeful memoir about a young woman who loves people who don’t deserve it–toxic friends, a hot-and-cold female lover, a creepy man who answers her pen pal ad in a teen magazine. Madden is in desperate need of connection; she even looks for it in a mannequin, who is in her home to scare off would-be intruders. “I wanted love the size of a fist,” she remembers:

Something I could hold, something hot and knuckled and alive. What I wanted was my freckled cheeks printed on cheap paper, scotch-taped around the ears, the flyers torn from lampposts and the scales of palm trees, a sliver of my face left flapping in the wind […] I wanted limbs dangling from the lip of a trash compactor, found by a lone jogger who would cry at the sight of my ankles, my beaten blue knees with their warm fuzz of kiddie hair.

Did I want to die? Not really, no. I wanted the beauty of the doomed. Missing girls are never forgotten, I thought, so long as they don’t show up dead. So long as they stay missing.

Her parents love her, but their attention is diverted by addiction. There is her mother–falling and needing to be rushed to the hospital due to an overdose. There is Madden, cleaning up her mother’s blood in the kitchen, the byproduct of her father’s temper. There is her father, naked and sleeping on a bathroom floor, her mother upset he’s been partying with strippers. The gap between the life she is forced to live and the one she should be living is perfectly laid out in a section about, of all things, her mother cleaning the house when Madden has lice:

When I wake in the middle of the night, it’s not to the sounds of my mother and father throwing ashtrays and glasses at each other. There are no crashing sounds. No cries. No smells of burning plastic or voices belonging to people who are neither my mother nor father. Instead, this week, I wake to the hum of my mother’s vacuum. She is covering every inch of the house, checking, cleaning, protecting every pillow, as if, by this simple act of cleaning, she is making the promise of a new life for me, a life in which two parents take care of a child.

Her father “was never a great father,” she writes, “but, when sober, he was always a great man.” There’s a chapter devoted to “collected dates” with him–at a concert, a movie theater, a tough doctor’s appointment. He is her cheerleader at the doctor’s and the same guy who leaves her at a stadium because he forgot she was there. One time she goes too far trying to get a boy’s attention at a school dance and embarrasses herself in front of everybody. She’s doesn’t tell her parents, and she doesn’t have to. “To hell with middle school dances,” says her mother, and her father promises, “One day, you won’t even remember this night ever was.” (Of course, the irony is she remembers it so well it’s in this book.) Full of understandably confused pain, Madden doesn’t tell her parents about a traumatic rape. She covers the evidence with makeup, and tries to convince herself it wasn’t a crime. “It was just so romantic, you say. You believe these words. That’s how it works.”

Compounding the devastating emotional discord, Madden must live with the knowledge that her father has another family. She loves her brothers who have a different mother, but the situation makes her resentful: “I never hated their mother with any purpose–I never even knew her. I hated her because there were two mothers and only one father.” The book has a last-minute plot twist concerning her family that feels like a sudden swerve off the main drag—the meat of the story, what keeps you reading, is Madden’s skillful weaving of her coming-of-age narrative. Madden turns that story into art by finding bittersweet beauty in the pain, by wielding her pen like a great director does a camera. In her hands, the past is present. We can see it, practically hear it, almost touch it. She knows what dialogue to highlight; she has the power to emotionally destroy you when she ends a chapter. She is not afraid to be vulnerable, to revisit scenes that have got to be incredibly painful. Above all, hers is a story of addiction told from the point of view of someone who must make peace with the fallout, and in doing so, grow from girl to woman.

Kristen Lepionka's Once You Go This Far is an Entertaining Ride
‘Feder: A Scenario’ by Nathanaël
'The War on Sex' Edited by David M. Halperin and Trevor Hoppe