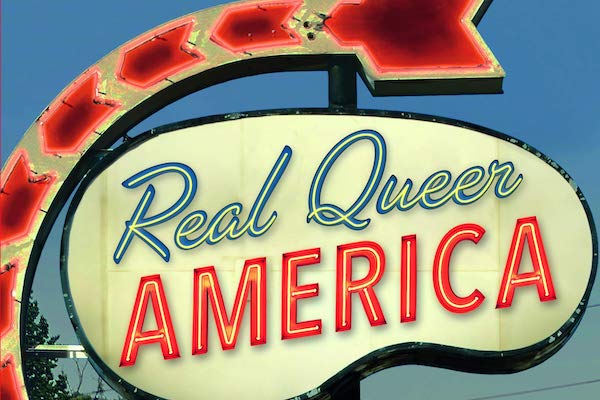 As she journeys across America with fellow queer Billy in tow, we find Samantha Allen leaving the Houston house of trans wife-and-wife riot grrl duo Giant Kitty. “When I leave—and I don’t want to—I notice a small sign hanging in the foyer,” she writes. “Texas, Motherfucker, it reads, That’s Where I Stay.”

I understand what she means. Three years ago I left a teaching position in the Berkshire Mountains of Western Massachusetts—a bucolic vision of white liberalism if there ever was one—for a job at Texas Tech University, a dusty, wind-swept campus in the west flatlands of Texas an hour east from the New Mexico border. I received concerned Facebook message after text, phone call after email. I am a queer man and I want to think these messages were well-meaning, though they all boiled down to one question: What the hell are you thinking?

But that supposedly progressive (read: homogenous) enclave of New England was, and never could be, a place I might call home. There was no challenge there. Little in the way of social or cultural personality. It was both physically and emotionally cold. But such a place, if you believe supposedly positive stereotypes, was a locale where my queerness, my very being, could thrive. Yet, in droves queers are fighting the stereotype of blue havens. U.S. Census data shows us leaving places like New York and the Northeast corridor, pricey San Francisco and Los Angeles, evergreen Seattle and Portland, for cities and small towns thought of as conservative havens. These surprisingly queer, red dots on the map are at the heart of Allen’s journey in Real Queer America: Provo, Utah; a slathering of towns across Texas; Bloomington, Indiana; Johnson City, Tennessee; Jackson, Mississippi; and Atlanta, Georgia.

What does it mean to stay put? Or, as a progressive LGBTQ person like Allen or me, to willingly return to a red place? It means that the very walls built by a thousand outside forces to distinguish between red and blue, straight and queer, regressive and progressive, are torn down by our very presence. When she returns to Provo, Utah, the place where she came out as trans and went to college at Brigham Young University, the flagship center of higher education of the Mormon church, Allen sees firsthand how queers in such places literally change the landscape. “Social progress,” she realizes, “happens not just through the sort of revolutionary actions that generate Oscar-baiting biopics but through the underestimated power of conversation—through small exchanges of generosity and goodwill, through questions asked in good faith, through love expressed with no preconditions or expectations of return.” As the Bible promises, the prodigal daughter returns to find an astonishing inheritance: a place queered, a place better for queers’ instance to stay put, to dig in the heels of their boots (or heels), to demand a place be a welcoming home.

Allen’s project works best in the moments she embraces–in the lineage of Patron Saint Eve Sedgwick–a queer mode of memoir, writing that both embraces personal story and high theory in tandem. In imagining a new family–one that didn’t have a past with her pre-coming out self–Allen writes beautifully of her chosen family, a term familiar to most queers, and particularly of this family’s matriarch, Jenn. The bond between Jenn and Allen might be legible first as a type of lesbian romance, but Allen pushes us to think of bonds beyond our conditioned expectations: “Queerness is as much about friendship as it is about sex.” She then uses high theory to support her argument: “Jack Halberstam wrote that we should try to ‘detach queerness from sexual identity’ and pay attention to ‘queer friendships’ and ‘queer networks’ instead.” But Allen doesn’t rest there; she pushes forth with how this theory gets put into practice:

That might seem like a radical notion at first: After all, the fact that I have sex with another woman seems to be a big part of what makes me queer in society’s eyes. But most of my life takes place outside the bedroom—and my queerness seems to come with me wherever I go… My queerness doesn’t exclusively stem from my relationship with my wife; it is also an alternate way of existing in the world that has improbably allowed me to acquire a second family in an overlooked corner of Tennessee.

Allen’s use of theory here is indicative of her Real Queer America more broadly: she is smart-as-hell, but inclusive and impassioned. Hers’ might not be the book all the gay boys are talking about in an exclusive NYC salon, but it is the book the rest of us can read aloud at the kitchen table with our queer family and our blood family, with our chosen sisters and our yet-to-be-educated uncles.

Towards the end of her road trip through some of America’s most conservative locales, Allen recalls, “I used to wince when I remembered the hours I spent in my hand-me-down Honda Accord in 2007, my eyeliner smudged, my religious mind reeling. I used to focus on the pain I felt as I hurtled up those [Utah] canyon roads.” But her story doesn’t stop there. As José Esteban Muñoz writes, “Queerness is a longing that propels us onward, beyond romances of negative and toiling in the present.” Allen embodies this important shift in thinking: “But now, at the end of this journey, I remember those illicit hours differently—as being full of delicious potential.” So many wonderful books get written for the NYC and San Francisco LGBTQ community. I’m glad Samantha Allen wrote Real Queer America: LGBT Stories from Red States for the rest of us.

'The Quarter Boys' by David Lennon
'Queer and Catholic' Ed by Amie M. Evans and Trebor Healey
Kenny Fries: On How Being Disabled Influences His Work, Gay Pride, and Writing about Identity