‘My Butch Career’ by Esther Newton

‘My Butch Career’ by Esther Newton 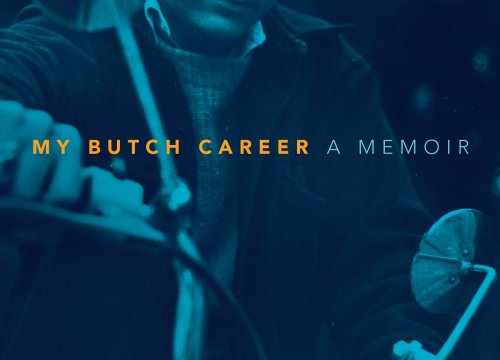 In 1985, Esther Newton’s trailblazing essay “The Mythic Mannish Lesbian: Radclyffe Hall and the New Woman” appeared within the pages of the lesbian issue of the prestigious feminist journal Signs. Written in 1981 and published in this landmark volume, the piece, Newton explains, “was my return to scholarly work, and it made masculine lesbians my subject. Finally, I could pull my career and my queer life together”

But it is the period preceding this fusion that is the subject of Newton’s memoir, My Butch Career (a 2019 Lambda Literary Award finalist for lesbian memoir/biography). Newton follows a conventional chronological path tracing her ancestral line and unorthodox childhood as she struggled to adjust as a half Jewish illegitimate child whose birth prompted ostracism from her firebrand mother’s genteel WASP family. Describing her early years with her mother and her mother’s second husband and lifelong father figure Saul, Newton clarifies “We signaled our deepest feelings toward and about each other, if at all, in a semaphore in which none of us were fluent” (65).

Newton’s life was also complicated by the fact that in her early years “I became an anti-girl, a girl refusenik, caught between genders.” She loses her straight virginity at seventeen, and, more important, is initiated into lesbian sex later that year. Introduced to the New York lesbian bar scene soon after, Newton provides a cultural snapshot, “That’s what being butch meant in 1959: a masculine girl like me who wore men’s clothes, smoked Lucky Strikes, wore her collar up and T-shirt sleeves rolled and dated femmes.” This formative milieu demonstrates to the young Newton what it’s like to be butch, “the first identity that had ever made sense out of my body’s situation, the first rendition of gender that ever rang true, the first look I could ever pull together.” Nevertheless, Newton doesn’t come out as a lesbian until seven years later during graduate school where her dissertation would become the book Mother Camp: Female Impersonators in America, a volume that helped establish her reputation as a radical thinker in LGBT Studies.

When Newton leaves Chicago for New York in the summer of 1967, she undertakes her first sexually satisfying relationship with an older woman and discovers the political movement to match her beliefs in the form of Second Wave feminism. This chapter in the narrative rekindles the energy and tensions of that time as Newton chronicles her involvement in the Upper West Side WITCH (Women’s International Conspiracy from Hell), the early meetings of the Gay Liberation Front and interactions with such lesbian icons as Jill Johnston and Bertha Harris. Newton writes compellingly of her struggle to negotiate a longstanding friendship with a married heterosexual colleague and coauthor during these years of political passion and contention.

Six years after her arrival in New York, Newton acts on an impromptu invitation to join friends in Mexico where she meets a French love interest (who has requested anonymity in the memoir). Having received tenure yet alienated from academia, Newton embarks on a long distance relationship with the woman and eventually moves in with her to her Paris flat. This part of the memoir provides an informative counterpoint to the New York years as Newton explores the women’s movement in France, dominated as it was by two separate factions. The first faction, the Feministe Revolutionaire, was led by writer Monique Wittig. The second faction, the Psyche et Po, was led by psychiatrist Antoinette Fouque. According to Newton, the two groups “were not on speaking terms.” Another key feature of Newton’s partial expatriation is her quest to adopt the lifestyle of her butch role model Gertrude Stein and to write an autobiographical novel, a project she eventually abandons before returning to the States.

Barnard College’s famous 1982 “Scholar and Feminist IX” Conference marks a turning point for Newton, together with her friendship with feminist thinker Gayle Rubin and perusal of an article by writer Amber Hollibaugh. These catalysts allow Newton to reject what she perceives to be the rigidity of certain lesbian feminist dicta and to finally declare “It was OK to be butch; for the first time in my life, I embraced it without ambivalence. . . I knew then that I would never be with another partner who was attracted to me but ashamed of who I was, who did not consciously identify as femme.”

Occasional debatable assertions notwithstanding, My Butch Career is an important narrative of liberation that contributes singularly to the growing body of collective LGBTQ history. It covers the first forty-one years of the writer’s life, a time frame that calls out for a sequel. Newton concludes her memoir with a tribute to the queer writers who have preceded her. With this work, she has secured her place in that pantheon.

'Law and the Gay Rights Story: The Long Search for Equal Justice in a Divided Democracy' by Walter F...
'Murder in City Hall' and 'The Seeker'
Chavisa Woods: Beyond the Narrative