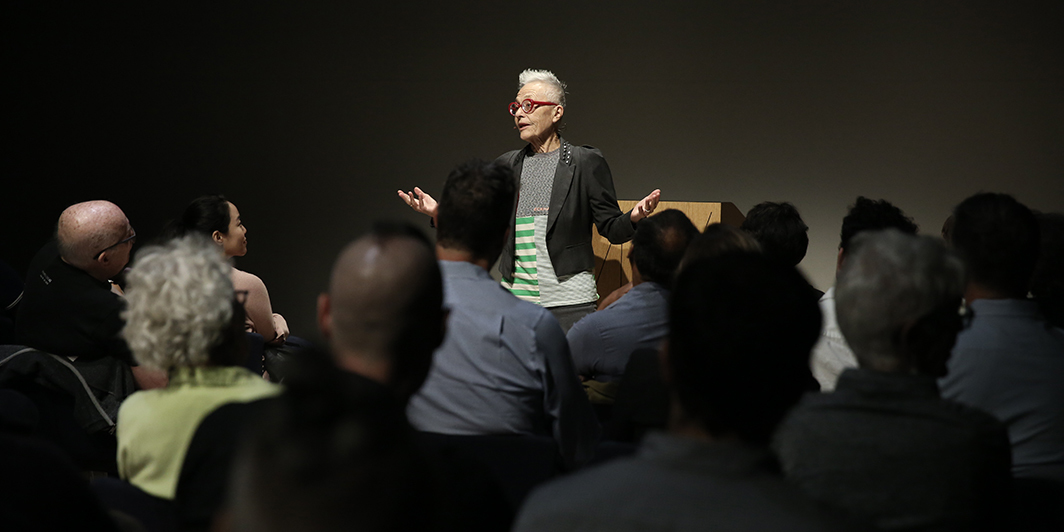 The celebrated filmmaker and writer Barbara Hammer, 79, has died. Hammer died on March 16th; she was diagnosed with ovarian cancer 12 years ago, which was recently deemed terminal. Hammer is survived by her spouse of thirty years, Florrie Burke.

A creator of over 90 films, Hammer was also an author. In 2010, Feminist Press published her Lammy Award wining memoir Hammer! Making Movies Out of Sex and Life. Reviewing the book for the Lambda Literary Review, Julie R. Enszer wrote:

One of my favorite chapters is “What I Want to be Famous For,” a list that Hammer composed in the early 1980s. This list articulates the energy and ambition of Hammer as a filmmaker. She writes, “I want to be famous. I want to walk into a room and be introduced as Barbara Hammer, the woman artist who has give us so much of herself; her produced, made and finished brilliant, inspiring works of art with her films and her writing; a creative genius; a woman of multi-talents, a woman who made herself by seeing and allowing herself to be the person she is within.”

The community will cherish the legacy of this unparalleled talent.

A Poem by Diana Hamilton
'Anatomy of a Girl Gang' by Ashley Little
The Best Black Queer Books, Plays and Films